“It was surreal watching The Wombles and Tony Blackburn in boats trying to help fans.” Les McKeown, Bay City Rollers

During my pre-teen years, I shared a bedroom with my sister. Of the many trials this presented, one of the most challenging was trying to sleep while the mullet-haired, tartan-trimmed lead singer of the Bay City Rollers grinned down at me from the wall.

“Sorry, but I can’t pay for your psychiatrist bills,” laughs BCR front man Les McKeown when I recount this story.

To say that the Bay City Rollers were big is like saying Usain Bolt can run a bit. Between 1974 and 1977, the Scottish five-piece sold millions of records, had ten UK top ten hits, and caused teenage girls across the UK to scream, shout and sing along to Shang-a-Lang, Bye Bye Baby and Remember. And Rollermania wasn’t just confined to Britain. The band also broke America but, in return, America broke the band resulting in the classic grand slam of the music business: fall-outs, court battles, dependency issues and so-called ‘lost’ earnings.

It has been reported that the bulk of the money the band is owed has never been recovered. Various versions of The Rollers, featuring assorted original and new members, have popped up in the years since their 70s heyday. For many fans, McKeown as lead vocalist represents the most authentic sound of the band. Now aged 62, his group (formally known as Les McKeown’s Bay City Rollers) are currently touring the UK, and next Spring they join fellow 70s alumni Suzi Quatro, David Essex and Smokie on the latest Legends tour.

It must be a nice feeling to be classed as a legend?

“A leg end more like,” he jokes. “The likes of Elvis, Sinatra or Nat King Cole are classed as legends though so it’s pretty good company to be in. I’ve also been called a heritage act which has quite good connotations. I’m immersed in that nostalgia world and it’s brilliant. I look after my career, booking all the gigs and such like, and there’s always a lot of demand for us to play and a lot of happy people all fired up to come and see us. When I walk out on stage, a sea of happiness is waiting for me. It’s wonderful.” 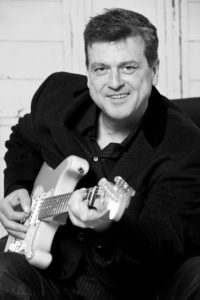 Almost daily McKeown is aware of the happy memories he rekindles all these years on for people, but can he really get his head around just how much of an effect the band had on the fans? “It’s very deep if you want to start going there and try to make sense of it. I just look at it for what it is – a special time in the lives of the band and the fans.”

He continues: “I was only 18 and so we were very young but so was our audience. They usually ranged from about four to 14. The girls went through that time in their lives where they had their first ‘untouchable’ boyfriend. Guys also remember the band as they could never get near the girls because of us. We made an impact on a deep, emotional level and the fact that it’s still going on and has lasted all these years means it must have been pretty significant and important. I’m happy that we weren’t just thrown in the rubbish bin and forgotten. We meant something to people.

“The thing I focus on when I’m on stage is all the memories the fans experience even now when listening to the songs. I’m singing them exactly the same way I used to and, when we’re all together in that theatre, everyone gets really caught up in the atmosphere. As soon as I start running with the gang on Shang-a-Lang, we’re off. That’s my favourite song because I love the imagery it conjures up. No one knows what the heck it’s about, but it means something to people and that’s good enough for me.”

The songs were classed as ‘bubble-gum pop’ but, surely, this wasn’t what the 18-year-old McKeown was into musically? “Like most people, I had my job and I had my life. At home I was listening to Pink Floyd and Led Zeppelin. I even spent two days queuing in Edinburgh for front row tickets to see Led Zep. One minute I had hair down to my shoulders, rocking out in a crushed black velvet jacket and bell bottom jeans, and the next I had a job singing happy songs on Top Of The Pops. I love our hits now, though, because it takes me back to being 18. My voice is on those iconic records and I will always be proud of that.”

Curiously, it was one of their earlier, unsuccessful UK singles that eventually helped The Rollers conquer the American charts. “It was strange, really. In 1973 our track Saturday Nite flopped here at home. Yet three years later, it was the song legendary producer Clive Davis picked for our first single in America where it went straight to No 1. It was a chant type of song with a great guitar riff. People still use it over there at football and baseballs games. Breaking America was fantastic. With the tartan we had a good image for TV and they loved our ‘cute’ accents. It was brilliant being top of the bunch in ways our UK competition like Slade and Sweet never quite managed. We went there, and we did it.”

But the American dream came at a price. Spending time away from the UK allowed other bands to take over and, when the punk explosion hit the British music scene in 1977, the Rollers’ time was up. Things went sour in the States soon after.

“America was probably the catalyst to the end of the band. The corruption in the music business over there was ridiculous. They take no prisoners. Almost right in front of each other and our record company, people would blatantly say things to us like ‘you’d be great as a solo guitarist man. We could get you into this band or that band’ and ‘come to our company and we’ll do a solo album and make you even bigger.’ These people are sharks, you can practically see the fins. It was a very debauched place with all the usual temptations.”

Among all the pressures, was McKeown able to enjoy any of his own personal American dream? 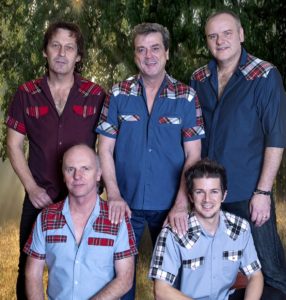 “Absolutely. It was amazing having American fans screaming for us, appearing on all those big TV shows and being one of the coolest bands in the States in 1976. I was a big pop star hanging out with the likes of Rod Stewart, Alice Cooper and Ringo Starr and having a great laugh. I wanted to go out and party and wasn’t harming anyone. You’re only young once so enjoy it. Of course, people thought Hollywood had gone to my head, but it wasn’t until towards the end when it all got messed up.”

The line-up from the band’s heyday has gone through more than its share of fall-outs, arguments and disputes. But the group also has the shared bond of having gone on an extraordinary adventure together. And there are many memorable tales of the effects of Rollermania. One of the oddest happened in the summer of 1975 when they were scheduled to appear at a Radio One Roadshow. Chaos ensued.

“We were arriving by helicopter to perform on this island in the middle of a man-made lake at Mallory Park where a Formula 3 race was going on. Hundreds of fans ran into the lake and started swimming towards the island to try to get to us. It was surreal watching the likes of The Wombles and Tony Blackburn heading out in boats trying to help fans. We didn’t even get to perform because the police told us to get out, so we just flew off again. Unbelievable.”

However, it’s not all about nostalgia for McKeown. The opportunity to showcase new songs remains a big ambition. “I made an album in 2015 called The Lost Songs featuring tracks I’d written back in 74/75. More of them, and more recent stuff I’ve written with producer John McLaughlin, are coming out on a brand new album in January. I hope one of the majors might get behind it and release both albums to give the material more exposure.”

Meanwhile, McKeown shows no sign of putting the BCR to bed. “In terms of the Rollers’ legacy, the last ten years have been brilliant. I’ve worked as hard as I can, and I plan to keep on going. If it ain’t broken, I’m not going to fix it.” 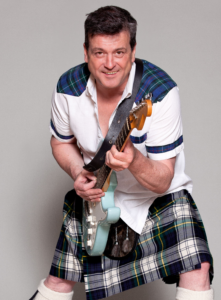 The Legends Tour 2019 includes shows in Manchester, Leeds and Liverpool. Legends Live will be at Manchester 02 Apollo on April 4 and Leeds First Direct Arena on April 5. For more info and tickets, click here: www.tdpromo.com