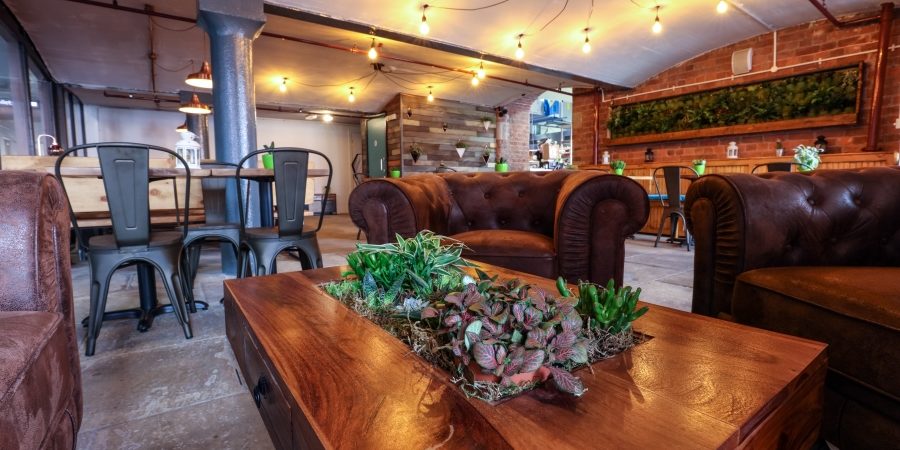 Everyone agrees that saving Liverpool’s Albert Dock was A Good Thing. So good, in fact, that we’re now meant to call it the Royal Albert Dock (as if Liverpool is likely to be impressed by such a blue-blooded appendage). Back in the 1970s, demolition was a real possibility, so well done everyone who helped to hold back the wrecking ball.

Beyond the big guns of Tate Liverpool and the Merseyside Maritime Museum, however, it’s proved harder to fill some units with tenants worthy of the setting. It’s pleasing, therefore, to see the dock undergoing something of a resurgence under new owners, with local food vendors of some renown – including Lunya and Rough Hand Made – taking space within the brick behemoth.

The newest recruit is Peaberry Coffee House & Kitchen, who have recently added to their original Waterloo-based outlet by opening in the dock’s Colonnades pavilion (naturally that’s the north Liverpool Waterloo, not the one in a city whose name escapes me). 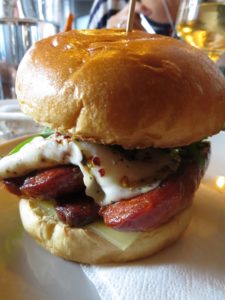 The mission for the Albert Dock newcomers is to pull in more Liverpool residents along with the tourists, the aim being to increase custom throughout the week and all year round. Peaberry’s contribution is an interesting menu of light bites, butties and bagels, along with some bigger mains and salads. It’s a line-up that manages to go beyond the obvious in its own modest way, with no generic burgers or standard fish and chips here. Instead, there’s black pudding and ham hash, a vegan club sandwich, sardines on toast, not to mention a butternut squash and black bean samosa that sounds great.

What I actually choose is a chorizo and chilli fried egg bagel – a fabulous looking tower of tasty protein that comes with a special surprise. No, not a Kinder Egg toy. The surprise is that it isn’t a bagel, but a brioche bun. A one-off supply issue you might think, except the message being relayed from other tables is that none of the choices on the (rather substantial) shakes and smoothies list are available either. Teething problems I charitably imagine, though ones that undoubtedly need solving.

Fortunately my not-bagel is brilliant, the good quality chorizo oozing its spicy orange juices with every bite. Across the table, my wife is inhaling her prawn and avocado salad, declaring the prawns to be things of wonder and the accompanying egg to be perfectly poached.

Desserts are a bit more hit and miss (or miss and miss) with a cute Oreo cheesecake being merely creamy and very sweet with no hint of cheesiness. A slice of red velvet cake has a baking soda saltiness and dryness that clogs the palate, so I’m thankful that big swigs of coffee reveal their single plantation Brazilian coffee bean – the ‘Peaberry’ in their name – to be a good one. 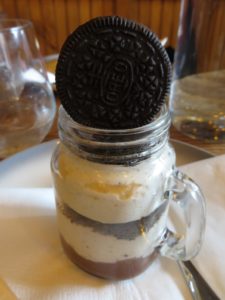 This Albert Dock venture is a big leap for Peaberry’s owners, Graeme and Clare Farrington, who only launched their Waterloo original in May 2017. But whether you’ve just stepped off the tourist trail or you’re a local looking for a tea room with a spectacular view, the handsome venue is a decent place to rest weary feet.

And just imagine. If they hadn’t saved this wonder of the Victorian world back in the mid-1970s, the Albert Dock might now seem as mythical as Babylon’s gardens or the Colossus of Rhodes, a barely believed story rather than somewhere to munch on chorizo and fried egg wrapped in a bun.

At Peaberry, the savoury side of things seems sorted while the sweet stuff could do with a bit of work. But regardless, this is another local face with big Albert Dock plans. And we can all agree, that’s A Very Good Thing. 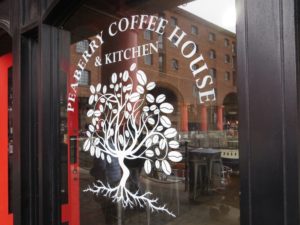