Outside Blackburn’s Madina Mosque the terraced streets roll down into a valley where the town centre spreads out comfortably, but another steep incline begins into the green hills above.

The view from a place of worship is like a statement of intent. If faith is the heart of your community, and community is at the heart of your faith, how the faithful feel when they enter and exit the place of prayer is an important marker. Like a survey after an art show, what they see should mirror how they feel. Lost and confused as you enter? Nestled among terraced streets might make you feel the comfort of your neighbours. Soul soaring after a ceremony? A view on high would make you feel on top of the world.

When you look across Blackburn from outside the Madina Mosque, it feels like a place of worship deep in the bosom of the daily lives of its congregation.

On the other side of town, down that hill (or up it) Blackburn’s Cathedral has its own quarter. A stone path leads you to its doors, a welcoming staff usher you in to see its history and are eager to share it. Like so many places of Christian worship, the story of Blackburn Cathedral reflects the hearth and history of its town.

Yet it is the walk between the two places of the faithful that has much to say about Blackburn, its history, its change and evolution and how it integrates faith and culture into day-to-day life. While barriers are often constructed by mediated conversations, by filming parades and marches and celebrations, it is daily life that more accurately reflects how a community rubs shoulders alongside itself.

It is damp and chilled in Blackburn today but the air in the Cathedral Quarter is clear and bright. At the end of that stone path, across the road, is the local BBC radio station. Faith and media, two pillars of a town’s sense of self, looking across at one another.

You can see Blackburn’s Cathedral from many angles as you walk alongside it in the town centre, from the gardens if you approach from the train station; the lantern tower and art installation in full glory. From the side, it is through a tucked away set of steps. From the front, the cathedral looks more like a church than a diocesan seat.

Of course, it was originally a church, so it feels almost humble, promoted as a cathedral. Once it was raised a fundraiser began before the Second World War to elevate the parish church to its new grandeur. The distinctive lantern tower was built in the 60s and the cathedral was completed and consecrated a decade later. Twenty years after that it needed restoration, and 70 years after the job began the cathedral was deemed finished.

It feels much like Blackburn. A famous mill town, the 20th century saw the cathedral elevating itself and trying to match how it expected to be seen, while Blackburn seemed to try to discover its new purpose. As you walk around, you find pockets of urban history like mini time capsules lining the roads.

The former cotton exchange, once a hustle and bustle of economic trade and intent, is a feat of high Victorian Gothic imagining. It is just one of the town’s buildings that sing odes to grandeur, wealth and power. Buildings say so much more than a slogan or a tagline. The Classical, Italianate, sandstone buildings, some complete with Corinthian columns, speak of command, import, the power of mills and landowners, of industry and investment.

The ambition now is to turn the old Cotton Exchange into a place for the local community to use. Art as exchange and people power. Next door, the former Tony’s Ballroom, with its name still engraved on the step-in tiles, has an empty dance floor. Where once it bounced to the rhythm of northern soul, now it’s opened for the odd special event. The ghosts of the past seek to have their echo heard in the present.

Once a cotton mill stood between Whalley Range, where the Madina Mosque now stands, and the cathedral. A mill and a line of shops taking you from a centre to the rows and rows of terraced streets. It’s notable that there aren’t any homes in the tight environs of Blackburn town centre. Much of the regeneration in the past two decades appears to have been around making it easier for drivers to find the shops or to drive around the centre. Even though you can walk across it, and the throb of students around the college finding somewhere to grab their lunch lets you know there’s plenty of people using the wide pavements and pedestrianised walkways, walking still doesn’t seem like the most important mode of transport.

Blackburn is shaped by roads: curving ones, cobbled ones, roads being rebuilt, roads being closed. As you walk out, past Richmond Terrace and towards Whalley Range, you’re stopped by another, Barbara Castle Way, that cuts the town in two. The mill is gone, the row of shops gone, only one remains on the other side of the road. Now you stand and wait for the green man to tell you to go.

A funny barrier, a major road. All the places of power, the centre on one side, the city’s bustling, busy south Asian community on the other. Towns ebb and flow just as their people do, but a roaring dual carriageway seems a strange way to integrate. You’re on one side of the road, I’m on the other. The woman next to me is gathering her hijab against the drizzle that’s rapidly becoming rain and chiding her husband about shopping bags. I’m glad I don’t have to cross a dual carriageway to bring my shopping home.

In the Cathedral Gardens, there was graffiti on an electricity safety box. “I guess this is as far as we go”. It’s a lyric from Idles’ first album, on a track called 1049 Gotho. The story goes that a friend of the band’s lead singer described his depression as being like a huge black shadow, cripplingly heavy, but something only he could see. Gotho is a huge asteroid, hurtling through space and no one knows what damage it might do when it collides. If it collides.

That song, that lyric, refers to the impotence we feel when a friend is struggling, but that sense of a barrier, of something or something else setting the limit of how far we can go. Towns always change, always develop, but as once that row of shops connected where the cathedral is to where the mosque is now, you gradually run out of road and idly wait for the lights to change. You need to know how to cross a road. It doesn’t come instinctively. It’s something you have to be taught. A barrier is when someone thinks this might be as far as they can go.

Words and images by Laura Brown 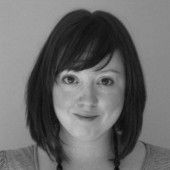