You’re not a little bit OCD, I am

Emma Yates-Badley August 11, 2017 It's Not Grim Up North, Northern Soul writes... Comments Off on You’re not a little bit OCD, I am

I have a tough time keeping my mouth shut about topics that I feel passionate about. As soon as something piques my interest, or strikes a chord, I must write about it. It’s like some weird innate need to put pen to paper – or fingers to keyboard – and release all the chatter that’s whirling around my head. Perhaps I’m just a chronic oversharer?

I’ve been blogging about anxiety for a few years now. It’s not something new, or something I hide. Most people who spend time with me, or read my posts, are aware that I’ve got the propensity to go full-fret (or, as Housemate and I like to call it because it sounds nicer, spirally). It’s simply something that’s a part of me. Like my auburn hair or my blue eyes. But what I’ve never talked openly, or in a public forum, about is my ongoing battle with Obsessive-compulsive Disorder (OCD). Only a handful of people know I even suffer from the illness and, in all honesty, it’s a diagnosis that’s relatively new to me. I’m still wrapping my head around it but in hindsight, it makes a lot of sense.

My experience with OCD was a slow burner. At first, it only reared its head during highly stressful periods in my life. For the most part, I could keep a lid on it. I wasn’t quite sure how to vocalise what I was experiencing without sounding like I was going nuts, or – my biggest fear – that people would think I was being dramatic or attention seeking. So how could I expect anyone else to realise something was up?

I became adept at hiding my problems which, for me, wasn’t too difficult because my OCD traits are usually based on disordered thought patterns and rumination, rather than physical manifestations such as excessive washing or other obvious physical rituals (I do have some, they just aren’t pronounced). After all, when you think about OCD, you might conjure up images of a neat freak, someone who washes their hands 10,000 times in a row, or likes to mess with light switches, or someone who likes things ‘just so’, and while it’s true that some sufferers do carry out these rituals, it’s not what defines OCD. Just like with any other mental or physical health issue, there is no one-size fits all. Everyone experiences OCD differently. We’re not mardy, unbudging types like Jack Nicholson’s character in As Good As it Gets.

Dubbed the ‘doubting disease’ (OCD is a neurologically-based anxiety disorder characterized by intrusive, unwanted thoughts (obsessions) and repetitive behaviours or thoughts (compulsions) that the sufferer feels compelled to perform) it’s exactly what it says on the tin. Well, it is for me, anyway. Everyone has those niggling thoughts – “Did I leave the stove on?” “Did I lock the door?” “Are my straighteners off?” “What the hell did I do last night?” – but not to the extremes that OCD sufferers experience. Recently I watched a video which attempted to explain OCD and cited driving as an example. Two women were driving and experienced the same thought, “What if I’ve run someone over and killed them?” Now, most people would allow this thought to come and go, and then dismiss it within a matter of seconds. Of course, you haven’t. Your car hasn’t connected with anyone. There’s no damage. It’s a busy road. Stop being silly. Most of the time, the thought doesn’t even get that far. It’s dismissed. But for a person with OCD, this thought takes root. It grips at the fibres of the skull and will make you stop the car, turn around and check. Sometimes, that doesn’t sate the brain and the sufferer will agonise over this doubt for hours, days, even weeks. Causing harm to another person is a common intrusive thought amongst OCD sufferers. I’ve been there. Not with this incident (I don’t drive), but with other scenarios that have made me sick with worry. 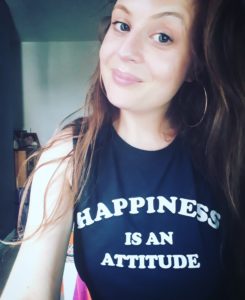 I have been so far entrenched in my illness at times that my brain has tricked me into thinking I’ve done things that I would never ever do. That’s the cruel thing about OCD, it uses our deepest fears and anxieties against us. I’ve often called friends in tears asking them to reassure me that I haven’t done something terrible, or something to upset them, and while this all seems incredibly theatrical from an outsider’s perspective, it’s a very real fear inside our brains. I tend to text or contact friends in the guise of ‘just checking lols’, but secretly, I’m in bits. I won’t eat. I’ll be physically sick. I won’t sleep. I won’t look after myself. The terrible thing about OCD is seeking reassurance. For a minute, you’re placated but then it pops back up again. “Yeah but they weren’t with you all night though. What about that time you went to the bar on your own or to the loo?” At times, it’s relentless. In an incredibly uncertain world, seeking certainties is exhausting.

My intrusive thoughts and ‘doubts’ tend to revolve around electrical objects, fire, safety, illness – both my own and that of others – (I went through a phase of frequenting the doctor’s surgery more than my own house), and whether I’ve upset someone I love. I can’t abide fighting with friends, it can literally cause me to sink into a deep depression. It’s incredibly frustrating, particularly if you’d like to stand your ground. For years, I thought that I was just a sensitive soul, but it took an intensive stint of therapy to realise that it all stems from a huge personal trauma (a high-profile death in my family and a subsequent legal battle) and a feeling of having zero control over my life.

The brain is a tricky customer, and often, when faced with horrible situations, it finds its own way to cope. It’s a sophisticated bit of kit but like anything, if you push it too far, or put too much strain on the chain, it’ll eventually break. Outwardly, I ploughed on but my brain became slightly disordered – or as I like to call it, way to over-ordered – and started thinking up ways of keeping me, and – most importantly – those I loved, safe. I began over-checking locked doors, putting candles outside even if I’d never lit them, taking photographs on my mobile phone of the stove and plug sockets to reassure myself that I’d switched these things off (you should see my photo gallery – I waste so much time deleting snaps of electrical goods). Once, I left the gas hob on overnight. I was living in in a shared house and understandably my friend was annoyed. “Are you trying to kill us while we sleep?” she asked, but it wasn’t malicious, it was a sort of jokey telling-off. Ever since that day, I refuse to go out, or to bed, without checking the oven/hob/kettle is switched off (numerous times) – apologies to all those people who’ve made a cold brew because I’ve unplugged the kettle – and even then, I don’t believe it. I’ve missed out on fully enjoying family gatherings, social occasions and visits from friends because I’m distracted by my thoughts and haven’t been truly present.

As a result, I developed crippling insomnia and chomped back sleeping pills like sweeties. I became short-tempered because I was exhausted and literally sick with worry. Unfortunately, there isn’t a magical cure-all pill you can take. Big Pharma don’t make a tablet called OCD-Be-Gone. Even if they did, I don’t know if I’d take it. Yes, at its easiest my OCD is frustrating, and at its worst debilitating, but it’s me. It makes me more empathetic. It makes me a better listener. It makes me a neurotic mess at times but I get it, I understand. And I wouldn’t want to be without that understanding.

Through therapy, I’ve realised that the only way to quell these thoughts is to ignore them, like bullies in a playground. Sounds easy, right? It’s bloody not. When it’s bad, it’s sheer hell, but it does pass. I’ve started doing things like lighting candles in my bedroom again, and incense. I love scented candles and burning fragrances, so I am determined to power through. I still take photographs of plug sockets, ovens and doors, but I recognise the behaviour. These things take time, I suppose.

One thing that has started to bother me about people’s perceptions of OCD is how easily it slips into our everyday vernacular. “Oh, I’m so OCD,” someone might say because they don’t like it when their house is messy, or their hair is out of place, or because they are super-duper organised beyond belief. No, I want to say. You’re a perfectionist. Everyone has their quirks. Their neuroses. Their foibles and their oddities. Not everyone has an incapacitating mental health issue.

For some people, OCD ruins their lives. Mine is now manageable, thankfully. Some people have thoughts of murdering their families, committing atrocities against children or doing something unforgiveable that they just can’t seem to remember (this fear of ‘blacking out’ and having no recollection is a right pain in the backside). Of course, they would never do such things, it’s the brain using our most intimate fears against us (mine is that I’ll burn the house down and kill everyone or that my family or I will die from some undetected disease) but it’s heart-breaking, terrifying and so very, very real.

Imagine believing that you’ve done the worst thing possible and never being able to convince yourself otherwise?

Don’t get me wrong, I love a good laugh and a joke. I like to take stressful situations, turn them on their head and try and find the humour, but lately, I’ve been wondering who I’m doing this for? Who am I staying silent for? Why am I being complicit in the joke when often it makes me feel uncomfortable or ticked-off? I really don’t think I’m doing this for me.

I often feel like I’m fighting an internal battle. On one hand, I am aware that people don’t mean anything by using OCD to describe perfectionist traits and, yeah, I can understand why they might feel like I’m being super sensitive for objecting to the term being banded around willy-nilly. But, on the other hand, I am also aware of the crippling nature of living with OCD, and I can tell you now, it’s no walk in the park. So, although I might feel silly for objecting to someone using OCD as a throwaway comment, I kind of feel like it’s my right, and responsibility, to speak out if it makes me feel uneasy. It took me a long time to get help because I didn’t understand what was happening to me. I thought that, because we didn’t talk about it, maybe that’s what everyone did in secret? I don’t want someone else to feel like they can’t or shouldn’t talk about their illness for fear of someone poking fun or telling them not to be silly, or how they should feel.

By speaking up, objecting, and telling our stories, we can change perceptions. So, I guess that’s what I’m doing now. Since I’ve begun to write about my experience, I can’t seem to stop.