Emma Yates-Badley August 9, 2017 It's Not Grim Up North, Northern Soul writes... Comments Off on Northern Soul chats to Duncan Craig, founder of Survivors Manchester, about breaking the silence

Duncan Craig is one of the nicest men I have had the privilege of meeting. He’s compassionate, humorous and at the forefront of change in the way male survivors of rape and sexual abuse not only receive access to facilities and therapy, but are perceived and supported. As founder and chief executive of Survivors Manchester, Craig has taken an extremely painful and personal experience and turned it into a positive, much-needed resource.

Survivors Manchester is a survivor-led/survivor-run organisation that supports boys and men directly affected by rape, sexual abuse and sexual exploitation. Their work is concentrated on empowering men to make their own positive life choices, focusing on creating a safe space for them to work through issues, alongside providing support for friends and family.

“I’m a survivor,” says Craig. “Back in 2006, I was training to be a psychotherapist and what used to come up time and time again was something traumatic that had happened in [a client’s] past that they’d never dealt with. I’d go home and think, ‘there’s something interesting about that’ and I became over-fascinated in quite an unhealthy way.”

“I was working with an 18-year-old lad,” he continues. “He’d been abused by his uncle and ended up in the care of the mental health team. After I’d seen him, I went to my therapist and said, ‘there’s something about this kid that I can’t get out of my head’ and she asked what I thought it might be. Suddenly, I was hit with this tsunami of emotion, thoughts, memories, feelings, and it was at that point that I realised that’s where my over-interest in this subject came from, because I was a survivor.”

This spurred Craig to set up Survivors Manchester, not least because when he was desperately searching for support in the North West, he was met with a notable absence of services.

“The closest place that I could get support was in Wiltshire so I had to travel back and forth. I got a little bit of help from Manchester Rape Crisis on the telephone, but they only deal with women. I wish I could find the woman who helped me, because I used to ring her and she’d just speak to me, and she’d say, ‘I’m sorry, but we don’t work with men but just talk to me’. But she really helped me with some difficult moments. I contacted Survivors UK and realised that I could only access support if I went to London. My doctor put me on a waiting list for 18 months but I didn’t want to wait that long. I wanted to do something about it right away.

“So, I guess with my experience, we started a conversation. I found several people who were professionals, and that have a skillset, and said, ‘do you want to help me create an organisation?’ I had £250 that I got out of my own bank account, which I still haven’t taken back, and it started off as a website which I built myself using Microsoft Word.”

Craig laughs at the memory and I’m reminded of GCSE IT lessons back in the early 00s. “I found a book in Oxfam on Oxford Road. It was literally Microsoft for Dummies. I built this website, bought a pay-as-you-go mobile phone and started a charity.”

There are now 18 people working for Survivors Manchester across three separate locations and the organisation has an annual turnover of just over £500,000.

“Last year we had a brand new man ask for help every single day of the year,” reveals Craig. To be precise, that’s 367 people.

He adds: “We have the very first male independent sexual advisers here. We have an art psychotherapy group and one-to-one therapy. We have stabilisation work. We work in four different prisons.”

I wonder if visiting prisons to work with survivors of sexual abuse is a relatively new development?

“It’s about four years old,” says Craig. “But it’s only in the last year that we’ve been doing one-to-one clinics. It’s about addressing things that people don’t want to address which is that there is a massive number of male survivors in prison. There’s a vast number of female survivors in female prisons, too. And it’s all about not talking, not being able to deal with things, using violence, turning things inside of themselves, expressing their anger and frustration at the world externally, and then getting caught up in the criminal justice system.” 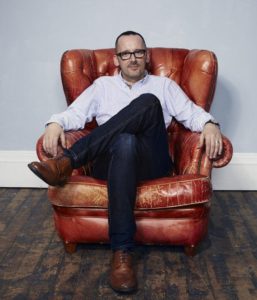 Many of the charity’s ambassadors work within a creative industry, including Richard Gadd who wrote and performed Monkey See, Monkey Do. The show, which picked up an Edinburgh Comedy Award for Best Show in 2016, was based around his own experience of sexual assault. There’s also James Sutton who plays John Paul McQueen in Hollyoaks. He took centre-stage in an 18-month storyline depicting John Paul’s rape and the subsequent aftermath.

Storytelling – and visual storytelling in particular – is the most powerful tool at our disposal for bringing about change, and we’re seeing this more and more, particularly in Manchester. Does Craig think that by talking about these issues via the arts – be it telly, stage, radio, writing – it’s helping to create a dialogue about sexual abuse towards men?

“Absolutely,” he enthuses. “We’ve got to recognise that we haven’t taught men how to talk. The only time you get men together collectively is at a sports match or in the pub. Two places that you won’t be talking about stuff. Men don’t know how to talk because they’ve never been given permission to do so. We have to find new and creative ways [for men to express themselves] through art, creativity, storytelling, poetry, graffiti, music, all these things.

“When James [Sutton] was presented with the opportunity to do the rape story in Hollyoaks, we spent hours and hours on the phone, at home, sometimes in the pub, just talking. There’s parts of the Hollyoaks stuff that I can’t watch. He has managed to create me on film.”

Craig continues: “I couldn’t sit here and express to you using words. But I could show you [Hollyoaks] and it would tell you so much more. Richard’s [Gadd] storytelling of his experience of being sexually assaulted is all about words and pictures. And then Charly [Lester], who is one of our other ambassadors, is a journalist, and she blogs and vlogs, so there’s a whole host of creativity. Charly has been doing some work with a couple of survivors helping them to write their story.”

The arts have immense benefits for those who are suffering with something that perhaps they can’t quite articulate. Putting pen to paper, or paint to canvas, is a useful therapeutic method. I’m hugely interested in the way that creative writing is used as a tool of expression and the submissions on the Survivors’ website are incredibly emotive and honest. Is this something that Craig believes can be used a tool to ‘re-start’?

“Talking is about expressing yourself, and art is just a different way of doing so.”

Despite being CEO, Craig still ensures he has a clinical day each week.

“I can think of two individuals who I first suggested art therapy to and their reaction was, ‘but I can’t draw’. One of my clients rang me the other day and said, ‘I get it now, I totally get it’. A picture that he created allowed him to express something that he couldn’t say in words.”

I’m a huge fan of the author Matt Haig who often writes and talks about mental health and maleness, and I wonder if Craig believes that society’s attitudes to gender roles and perceived notions of ‘maleness’ hinder a male survivor of sexual abuse in coming forward? And does he think that people like Haig, the ambassadors for Survivors, and the sharing of his own narrative (Craig has written for the likes of The Guardian and The Huffington Post) is helping to change these perceptions? 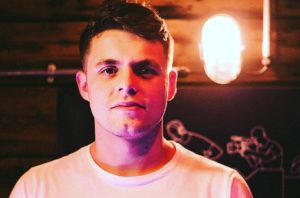 Recently, one of the survivors helped by the charity staged a 48-hour DJ set. The marathon event was conducted by DJ Sam Thompson, who took to the decks for two days straight to raise awareness of male rape and sexual violence against men and boys. Having been a survivor of male rape last year, Thompson bravely spoke out about his experience and wanted to raise awareness of the work and support of Survivors Manchester.

“The first thing he did was go back to his girlfriend’s house and tell her what happened,” says Craig. “They contacted the police but the first question he was asked was something about his maleness, something about his sexual orientation, when it’s not about that, it’s about the fact that a crime has been committed. He now realises that, as a self-identifying heterosexual male, just how important his voice is. Other straight, young men have contacted Sam [Thompson] and asked to be put in touch with Survivors. We’ve also had emails coming directly to us.

“In him speaking out and showing his maleness, it paves the way for others to do that.”

Another of Survivors’ fantastic ambassadors is footballer Steve Walters who, in November 2016, broke years of silence when he spoke out about the sexual abuse he suffered by a football coach while at Crewe Alexandra. “Before the footballers stood up and said ‘I was sexually abused’ we didn’t have famous sportsmen who told their story,” says Craig.

Does he think that enough is being done to stop sexual abuse happening in such institutions?

“Anyone that says sexual abuse isn’t happening in their arena, they need to wake up. It’s a bit like when we turned the stone over in Rochdale and Rotherham, we had local authorities saying, ‘oh no, we don’t have child sexual exploitation’. I mean, straightaway I just think, get them sacked. Of course, you do, everywhere does.”

So, how can the people of the North West support Survivors Manchester?

“We’re concerned by the number of refugees and asylum seekers who’ve been raped as part of torture, of war. We are just about to open a new counselling suite in the heart of Longsight where we hope to engage with a diverse community. We also have to do some more stuff around supporting the friends and family of sexual abuse survivors and we need to start doing some more around prisons.”

Craig says that while he certainly doesn’t excuse the behaviour of all his clients in prison, “maybe there’s a reason why people end up in situations? If we deal with the root cause of someone’s offending behaviour, we would reduce re-offending.”

He adds: “People of Manchester and the North West are always up for fundraising. So, just getting the word out and talking about breaking the silence is important. We’ve got to have some difficult conversations. Doing things like asking your MP ‘what are you doing for male survivors in my area?’ and asking local and educational authorities ‘what are you doing to ensure the male in my life is getting as much support as possible?’ is important.”

Just before I leave, Craig proudly shows me some of the art work created by survivors which is now displayed in the small reception area. It’s truly poignant and beautiful work. There’s something about seeing a visible creation, a solid entity, that hits home. Each of these pieces of art is a story, a person who has been helped because of the fantastic work of Survivors Manchester.

Words to live by. pic.twitter.com/aNaaSPkez1