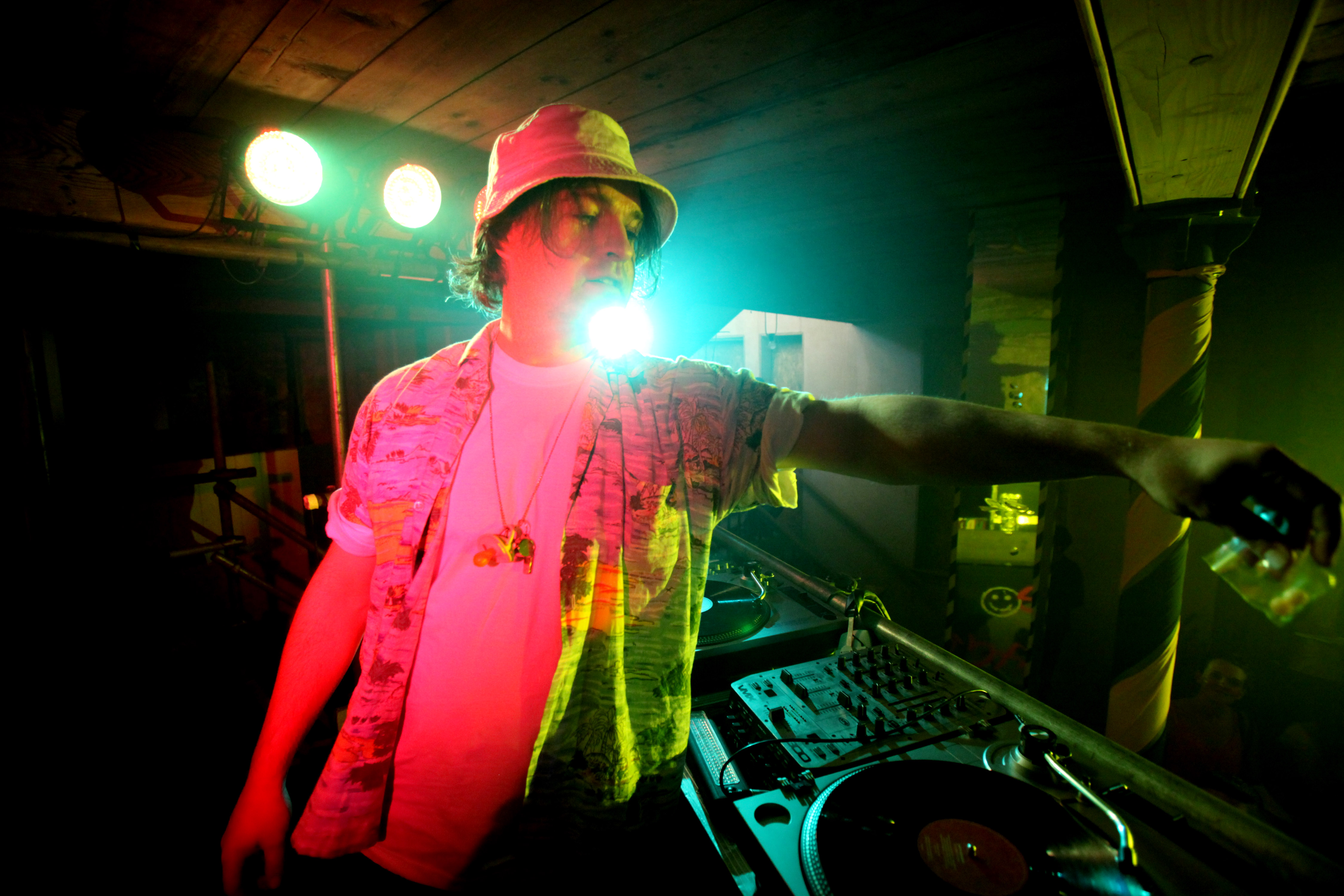 On a muggy evening in central Manchester, I found myself in the uncomfortable position of confronting the ghosts of my past. And I’m sure I wasn’t the only one experiencing unnerving flashbacks to a time when acid house, poppers and day-glow were part of everyday life.

I have the Library Theatre to thank for the trip down memory lane, although I’m not entirely sure that ‘thank’ is the right word. With my 40th birthday on the horizon, it wasn’t altogether pleasant to be reminded of a younger self to whom mortgages and early nights were unthinkable prospects. But the company’s new production, Manchester Sound: The Massacre, wasn’t intended to be easy viewing.

Thinking of it now, it seems appropriate that, in a play awash with apparitions from a previous century, the audience should be forced to relive their former lives. As the first strains of late 80s/early 90s house and dance music filled the air, wry smiles of recognition spread over numerous faces. An ingenious use of ‘smell-o-vision’ also helped to evoke the heady days of Madchester, when a combination of clothes, clubs and drugs defined our city to the watching world.

The Library Theatre has taken a bold step in its last large-scale, site-specific show before it moves to its new HOME on First Street in a couple of years’ time – not least because the audience is expected to stay on its feet the whole time, clambering up and down stairs and embarking on a magical mystery tour of the Northern Quarter. But the subject matter required the largest leap of faith: Polly Wiseman’s play juxtaposes the Peterloo Massacre of 1819 with the Manchester of 1989. 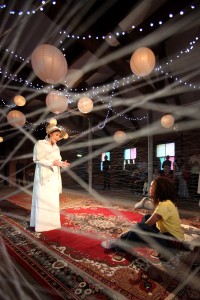 Now, I don’t know about you, but I couldn’t immediately conjure any discernible link between a bloody dispersal of a peaceful rally comprising men, women and children seeking political and social reform with a bunch of teenage fun-lovers searching for the next high. The answer will be in the play, I thought. And was it? No, not so much.

OK, so I can sort of see what Wiseman was trying to do. If you look hard enough, there are parallels between the autocratic Tory societies of 1819 and 1989 and it’s certainly true that Manchester has long been associated with revolution and reaction. But if Wiseman wanted us to come away lamenting the lack of political activism in the 20th century, she failed. If anything, the play served to belittle the actions and aspirations of the 60,000 people who gathered at St Peter’s Fields – and were cut down by troops under the authority of local magistrates.

It’s not often I wish I could be nicer about a production with a central fatal flaw but, in this case, I really, really want to say positive things. For one, the staging was magnificent. Paul Jepson’s direction and Amanda Stoodley’s design were superb and, unlike some promenade performances I’ve been to, the cast and crew shepherded the audience around and about flawlessly. And there can be no doubting the authenticity of the set design. My god, it was eerie walking into that club scene at the start. Down to the striped pillars and raised-DJ stage, I could have been back in The Haçienda (or Haç as it used to be called by regulars), wearing those teeny-tiny black hot-pants that I can barely get over my ankles in 2013.

And the acting. The acting was dead good. Not one bad apple in the cart. And these actors were required to jump between centuries, no easy feat in an immersive theatre experience where the audience is literally in your face. It was down to their combined talents and the uncannily accurate set that I began to feel very, very old. I was reminded of a line from the TV show Miranda when the central character has a job as an office temp. A couple of PR-type girls are spouting nonsensical business terms fluff at her and they clearly think she’s too old to be cool and understand.

Miranda: “You know, you’re just a bit younger. So what? What year were you born?”

Miranda: “But that’s only just happened!”

So, one last word. Do go and see Manchester Sound: The Massacre. Even if you don’t like the central premise, the whole is greater than the sum of its parts. 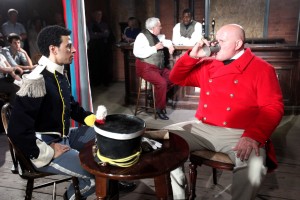 What: Manchester Sound: The Massacre

Where: a secret location

AL and AL: Incidents of Travel in the Multiverse 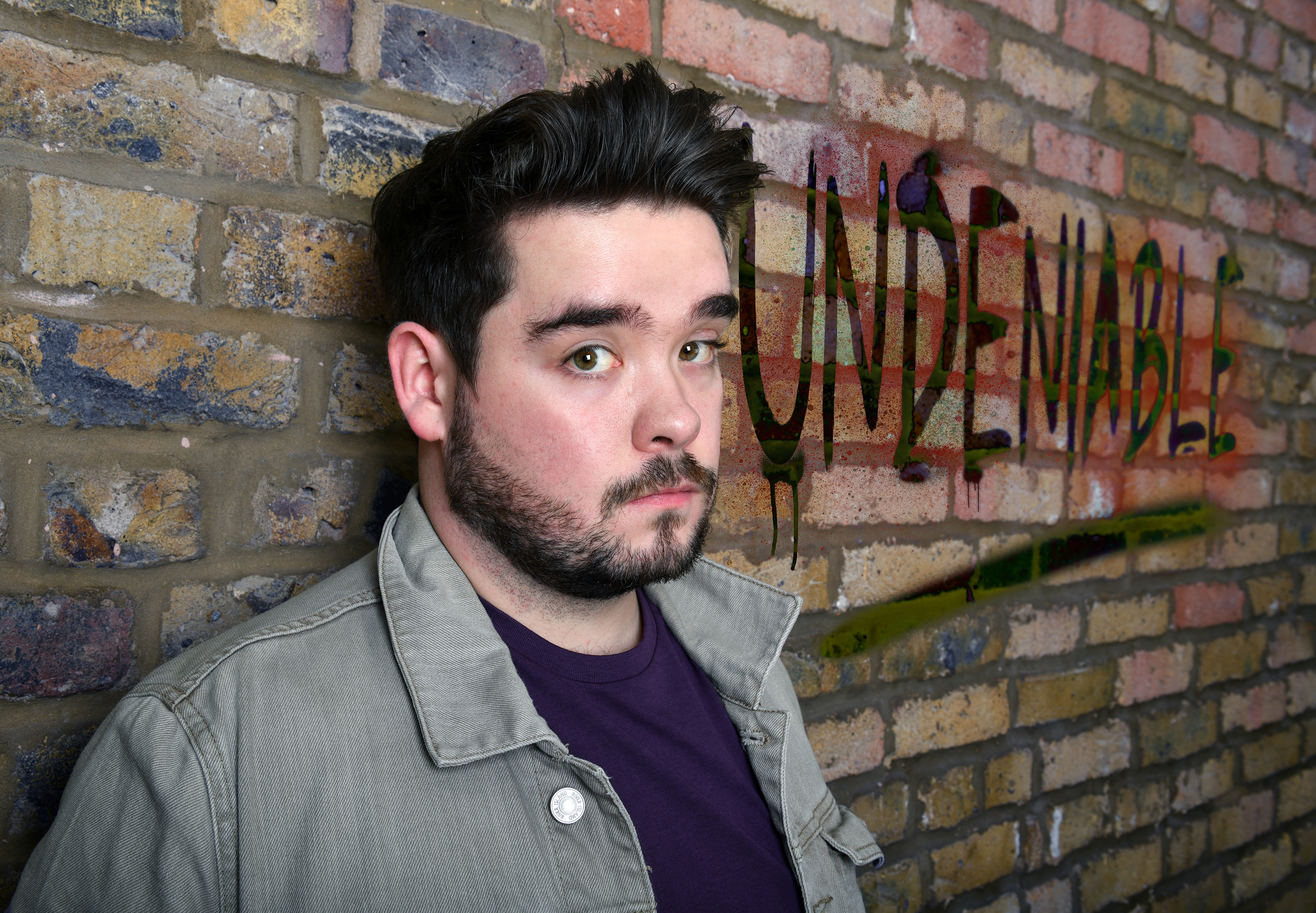 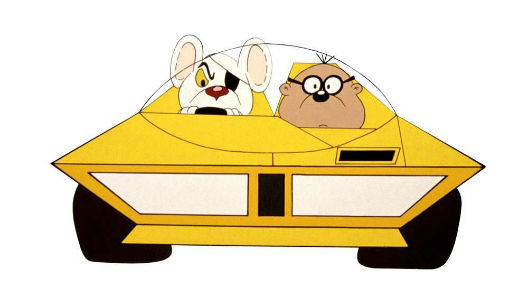 “The success of Danger Mouse took us all by surprise.” Brian Trueman talks about the legacy of Manchester animation studio, Cosgrove Hall