Desmond Bullen November 25, 2018 Authors & Reviews, Books Comments Off on Book Review: A Version of the Truth by B.P. Walter 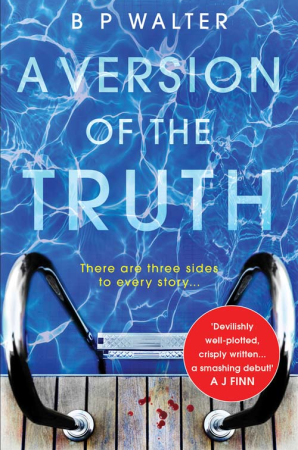 Appearances can be deceptive. The opening chapter of Barnaby Walter’s debut novel settles the reader into the faux, cosy London of a Richard Curtis film, all Agas and housekeepers, before unceremoniously removing the expensive rugs from under their feet, upending both wine and expectations.

For a tale of two timelines, its themes are very much the worst of our times. Without exposing the mechanism by which its plot winds in on itself, it’s safe to say that the territories mapped are the borders between the depths of data analytics and the unsilenced voices of #MeToo.

The narrative sheds its skins briskly, alternating between the aforementioned haute bourgeois London – seen through the eyes of nouveau riche American, Julianne – and an early 1990s Oxford University, its hazardous cliques navigated by the more proletarian Holly. 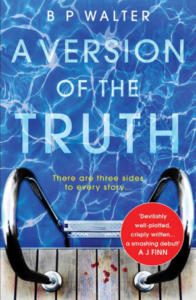 It is, of course, the fate of all campus-set intrigues to struggle in the considerable shadow of Donna Tartt’s The Secret History, but it is the smaller scale cruelties of Holly’s first term that are more persuasive in their verisimilitude. The metastasising of its entitled conspiracies into the less cloistered world strains against the bonds of dramatic license, at least until one’s recollection of the crimes of Jimmy Savile and Cyril Smith confers them uneasy plausibility.

As the fates of the protagonists intertwine, it seems increasingly the case that their voices, outsiders to the dark circles to which both are afforded contingent access, are those of witnesses, more than narrators. Perhaps this accounts for the peculiar interchangeability of their narrative voices; an oddly stilted self-conscious prose, faintly reminiscent of the anodyne accent of popular psychology paperbacks.

If the ultimate denouement, for all the zeitgeist edges of the plot which underpins it, owes something to the Victorian melodrama – the villain of the piece gloats like his Penny Dreadful predecessors – this does not fatally compromise a thriller with the confidence to address concerns more pressing than its own diverting contrivances. Rather, like television’s Bodyguard, it plucks the strings of generic convention to interrogate the subtle stories of the way things are, suggesting in the process that appearances are deceptive.

By design. Or by appointment.

A Version of the Truth is published by Avon and available to buy from February 7, 2019