Book Review: Beautiful World, Where Are You by Sally Rooney

Rachael Richards September 15, 2021 Authors & Reviews, Books Comments Off on Book Review: Beautiful World, Where Are You by Sally Rooney 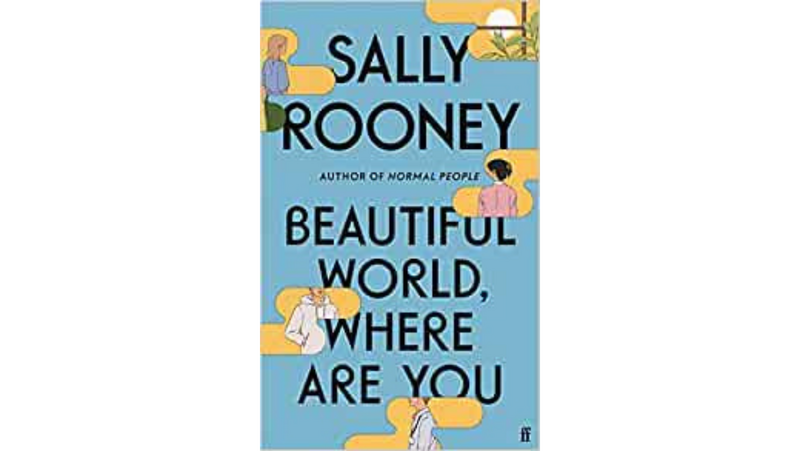 With proof copies of Sally Rooney’s third novel trading for hundreds of pounds on eBay, and bookshops opening early and stocking extra copies, it’s fair to say that Beautiful World, Where Are You is one of the most eagerly anticipated novels of 2021.

From actress Sarah Jessica Parker to writer Dolly Alderton, Rooney has amassed an impressive, and notable, fan base. And yet, as a Marxist writer, Rooney clearly struggles with being labelled the ‘literary phenomenon of the decade’. In fact, she appears to use her third novel to critique the notion of celebrity and the publishing industry.

Beautiful World, Where Are You contains all the familiar tropes that drive Rooney fans wild – an Irish setting, sparse language and characters who, riddled with self-doubt and self-loathing, agonise over things said and what remains unsaid. These characters manoeuvre through life as though it’s a game of chess. They fall in and out of love, hurt lovers and often play them.

You were saying you just moved here, he said. Is that right? She nodded, sipped her drink, licked her top lip.

The novel follows the lives and loves of two couples, Alice and Felix, and Eileen and Simon. Rooney explores the impact of technology, social class, the high cost of living in Dublin and uneasy family relations, each casting a shadow on the narrative. 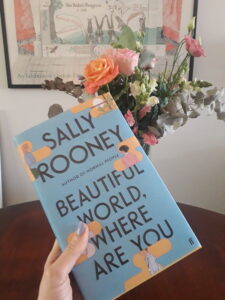 The book begins with an excruciating social media app date between Felix, a warehouse worker, and Alice, a successful millennial novelist (sound familiar?). We learn that Alice has moved to the seaside following a breakdown and is too fragile to attend public engagements. She muses about the draining state of the publishing world and being a famous writer.

‘I never advertised myself as a psychologically robust person, capable of withstanding extensive public inquiries into my personality and upbringing. People who intentionally become famous…. are, deeply psychologically ill.’

Alice’s best friend is Eileen, a poorly paid editorial assistant. They first meet at Trinity and their relationship is largely revealed through a series of emails, which drives the plot forward. This is the real love story in the novel. Rather true to life, the characters spend as much time in front of their screens as they do internalising their thoughts.

Eileen is attempting to get over a break-up with Aidan, whom she regularly stalks online. She alternates this behaviour with flirting with Simon, a handsome friend she’s known since childhood. Alice, Felix, Eileen and Simon spend their time worrying about sex, friendships and politics. They raise the question: where is this beautiful world?

Rooney writes: ‘Maybe we’re just born to love and worry about the people we know, and go on loving and worrying even when there are more important things we should be doing.’ 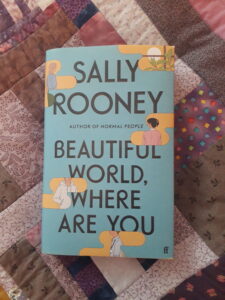 Much like Conversations with Friends and Normal People, characters relate to each other through physical intimacy. Rooney is skilled at writing about sex in a realistic manner, something that is well-known among her readers. But Beautiful World, Where Are You differs from Rooney’s previous works as the narrative is far more political. In contrast to Normal People, Rooney’s latest offering feels weak and lacking in external narrative to become a TV adaption. Personally, I prefer Normal People as it’s a far more nuanced cross-class romance.

I must also confess that I’ve never been a huge Sally Rooney fan. I find her writing too cold and clinical, often lacking in a plot that is strong enough to keep me turning the page. However, if you’re someone who enjoys exploratory conversations between the sexes, and characters who fret about sex, friendships and politics, rather than a series of tumultuous events or an action-driven plot, then this is the novel for you.

The novel does excel in its examination of how the characters relate to one another. Fans of Rooney will marvel at her prose, especially a section three quarters of the way into the novel. Readers will root for both couples as they search for beauty in a world fraught with modern anxieties.

But if you’re a reader beyond your late-20s, a fan of thrillers or keen on more expansive writing by the likes of Margaret Atwood, Kate Atkinson and Margaret Drabble, this novel may seem trite and self-indulgent. I’d recommend it to die-hard Rooney fans. But if Rooney is your latest literary discovery, be prepared for a lot of navel-gazing and little action.

Beautiful World, Where Are You is published by Faber and available to buy now