Emma Yates-Badley October 27, 2018 Authors & Reviews, Books, It's Not Grim Up North, Northern Soul writes... Comments Off on Book Review: Slip of a Fish by Amy Arnold 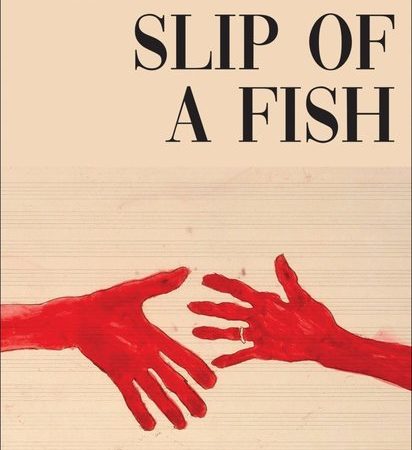 Have you ever read a book that left you astounded? A book so utterly mesmerising that, when you finally turned the last page, you had to put it down and walk away because you felt a bit dazed? A story where you haven’t really got the foggiest what’s just happened, or why words, which once felt so ordinary, now feel foreign on your tongue?

Slip of a Fish, the 2018 Northern Book Prize winner by newcomer Amy Arnold, is an enigma. It seems to be about one thing and then it’s another and then it’s not about that at all. The narrative morphs and deflects, baffling the reader. I’m aware that I am not making much sense, but that’s exactly how the novel made me feel: muddled and sense-less, like I was in a dream. I couldn’t stop thinking about it long after I’d read the last line.

OK, so all that sounds melodramatic. I’m one of those people deeply affected by books but even so, this one was more hypnotic than Kaa from The Jungle Book. The story is told from the perspective of Ash, a woman bemused by everyday life who swims in a deserted lake with her seven-year-old daughter Charlie, climbs trees and doesn’t confirm to social niceties like asking people to “come through” when they ring the doorbell. Ash collects words like you might collect pebbles; keeping the ones she likes and discarding those she doesn’t. Over the course of a stifling hot summer, Ash begins to retreat further into her singular interior world, almost becoming mute, and Charlie begins to pull away from her mother. In a desperate attempt to close the expanding gulf between them, Ash does something truly unforgivable.

Nothing much happens in Arnold’s Slip of a Fish – and everything happens, all at the same time. Lives run on with repetitive mundanity and yet are ruined in an instant. We’re even given a hint at the unforgivable incident mid-way through the story, but the revelation doesn’t stop us from wanting to continue, from sinking deeper into Ash’s narrative and getting lost. It’s an fascinating portrait of motherhood, tackling themes of identity and love and loss, but makes no grand assumptions or assertions. This is simply Ash’s experience and she is an unreliable and complex narrator at best. 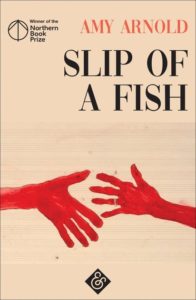 Other characters are not well-rounded. They appear, then disappear. They constantly repeat themselves. They border on dull (particularly Lynn “with a y”) and Ash is perplexed by their behaviour and constant need to speak. This singularity would usually bother me (even with first-person narration, you’re usually offered titbits about another character), but Arnold’s prose is so tight and insular, it would be odd to have more input from the supporting cast. That’s not to say we don’t glean information about others, particularly Ash’s husband Abbott, and a figure from her past named Kate, but they’re told from Ash’s point of view and recollections of dialogue.

It’s a beautifully written novel, almost lyric in its cadence, but the words are flimsy and difficult to keep in the palm of your hand. The title can be used to describe many strands of the narrative: Charlie as a swimmer (Ash refers to her daughter as “a slip of a fish”) but can also refer to themes like time, speech, identity and memory.

Nothing is tangible, not even what’s printed on the page. Words and common phrases are repeated, their meanings altered and shadowy, even to the reader. They begin to lose their meaning, blurring the line between the world of the novel and our own. We’re pulled, not abruptly, but softly, like we’re disappearing into a body of water – like a slip of a fish.

Slip of a Fish is published by And Other Stories and available to buy from November 2, 2018

Tags: Amy Arnold, And Other Stories, books, Emma Yates-Badley, It's Not Grim Up North, literature, Northern Fiction Prize, Slip of a Fish