They don’t hide their light under a bushel in Harrogate. But then again, why would you when you’re about to host what has been described as “one of the UK’s best literary festivals”?

This weekend, from the October 18 to 21, the town rolls out the red carpet for a ‘library’ of esteemed writers, (Is that the right collective noun?) who, it seems, are queuing up to sample what’s on offer in this practically perfect North Yorkshire town (think cake – think Bettys).

The team at Harrogate International Festivals have transformed their spa town over recent years and the result is, here in the North, we now have a heavy-hitter on the artistic A-list.

And you don’t have to wait until the autumn to hob-nob with some of our more renowned creative types. There is a year-long programme of arts and cultural activities that takes place in the town, and if there isn’t anything from the annual offerings that makes you clap your hands with delight, it might be time to get your hypothalamus checked out.

So, back to the forthcoming weekend. On Thursday you can enjoy a literary lunch with Alan Johnson. The former Home Secretary and Postman is a regular at book festivals but consistently brings audiences something new. This year, his latest book In My Life is a memoir which provides a literal soundtrack to his life. 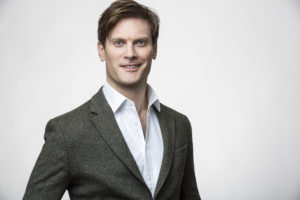 If that’s not your thing, drop in on Benet Brandreth who will be proudly cradling his first novel: The Spy of Venice. This former public-speaking champ has written about the young Shakespeare – and is set to delight audiences.

Also, on day one, Gill Sims will introduce us to Why Mummy Swears, the eagerly anticipated follow-up to Why Mummy Drinks. Be quick if you’d like to go along because there’s already a queue of yummy-mummies gathering outside the Crown Hotel.

On Friday, you can immerse yourself in the world of Dr Jane Hawking, who brings with her a rather moving story of a ballerina, living through WW2.

There’s then time to grab a late lunch (Hoxton North?), before heading off to listen to Catherine Steadman. Described as “beautiful, brilliant and a bestselling debut novelist” (roger-that), it’s all about Something in the Water (a duffel bag – but that’s all I’m saying). 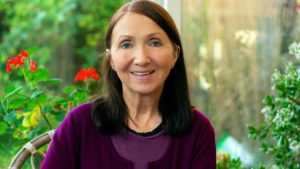 If you still have the energy, there are other wonderful evening offerings: perhaps join a BBC Radio 4 recording of the Round Britain Quiz, or listen to Henry Cole talk about Eton, addiction, motorbikes and everything in-between?

Saturday is a problem. There’s too much. Gemma Hogg is a Wensleydale Stable Lass who has put pen to paper and her emotional portrayal of life at a Racing Yard would be difficult to miss. 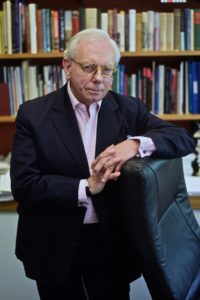 But what about BBC legend John Simpson? Or Tudor-botherer David Starkey? For me it has to be handwriting expert Emma Bache. She can apparently fill in the gaps in our souls, by analysing our handwriting. She may just struggle with my illegible scrawl.

On Sunday 21, young (or old) politicos may favour Liam Young, who in his book Rise, looks at how Jeremy Corbyn has mobilised the youth of our great nation.

Lord Sugar’s ex-mild-mannered side-kick Nick Hewer, promises to take an audience on an alphabetical journey through his life, as he talks about his new book. Could be an alternative to Countryfile on the TV?

Finally, a conundrum for the drinkers: Rachel McCormack aims to seduce us with a journey across Scotland in Whisky, while later Oz Clarke will ‘un-cork’ his lifelong love of vino.

Surely a stupendous end to a fantastic long weekend, in a town Dickens described as: “The queerest place with the strangest people in it, leading the oddest lives…”