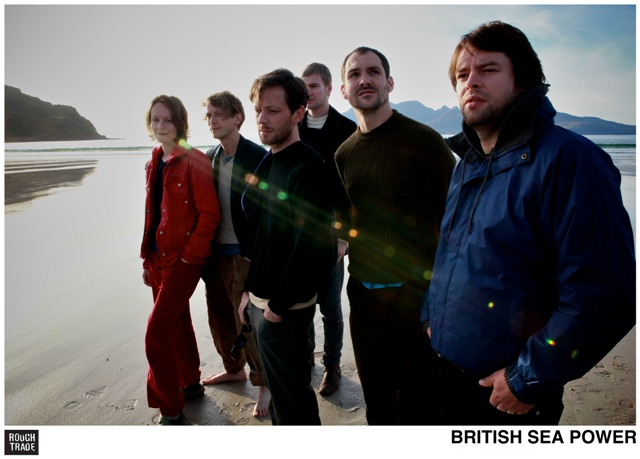 In these days when it’s hard to define exactly what constitutes ‘an independent band’ – is it the type of music they make, or the label they’re on, or their overall ethos, or what? –  British Sea Power are a reassuringly independent band. Their sound is rich, intoxicating and ever-evolving. Their many fans are unwavering in their adoration. They can be relied upon to do the unexpected.

Though they’re regulars on the UK festival circuit, their appearance at Ramsbottom is a relatively rare outing for the band this year. Speaking exclusively to Northern Soul, guitarist Martin Noble admits to a personal interest in this particular festival. “I was born in Bury and lived there until I was about 13, so it’s been on my radar a while. The past line-ups have been pretty good and so I’ve always wanted to play there. I’m wondering if I’ll get heckled by old school friends that I haven’t seen in 20 years!”

The band are currently in the midst of an ongoing project called Sea of Brass, which incorporates full brass band accompaniment into their live set up, though Noble says that “the Ramsbottom show won’t be a Sea of Brass performance, it will be a straight-up BSP show. It’s quite a complicated set-up, and we use local brass bands, and rehearse only once the night before. Peter Wraight [Matthew Herbert’s collaborator on his well-remember Acid Brass project] did the arrangements so a lot of the brass style comes from his influences, though we have had input and worked through the songs with him.”

It’s long been a BSP hallmark to try out outlandish new things. They’re fond of playing in striking locations, having ticked off Cornish caverns, the Mersey ferry, Jodrell Bank and Britain’s highest pub (Tan Hill Inn in North Yorkshire, pub fact fans). Their vibrant gigs have been known to involve strange and elaborate stage decorations and the regular appearance of a ten-foot bear costume.

Recently they’ve also written soundtracks for a number of documentaries, on subjects ranging from the Aran Islands and the British coastline to Russian cosmonaut Sergei Krikalev’s stay on board the Mir space station. Noble reveals that their ambitions to develop this soundtrack sideline have resulted in their first full (fiction) feature commission, for a new British drama about retired seaman Captain Matthew Webb, who became the first person to swim the English Channel back in 1875.

“It’s called The Greatest Englishman and hopefully it will be out in the very near future,” says Noble. This may not be a one-off, either, as the experience seems only to have whetted their appetite for more. “We’d be good at doing sci-fi films too, or David Lynch-esque films,” Noble suggests. 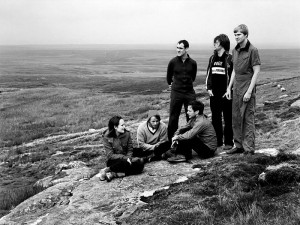 Not every band could get away with indulging such a sense of adventure, though. Sometimes fans just want their beloved acts to keep delivering the thing that they first fell in love with them for, so it’s a tribute to the BSP faithful that they’re prepared to follow them in new directions. “We have to do new things for ourselves, and we understand that we might lose some fans, but gain new ones,” Noble says. “There are some fans that like everything we do, though. So salut to them!”

Certainly the band are keen to maintain the balance they’ve established between those vivid live performances and adventurous albums, without the appeal of one side outweighing the other. “When you’re touring and playing live, the studio element seems a different lifetime away, and vice versa. Though you get burnt out doing the same thing, so those two things are welcome releases and go hand in hand. We’re just in the in-between phase where festival season and touring is coming to an end and we’re turning our heads to writing new music.”

Another unusual aspect of British Sea Power is that they operate as a genuine collective, whether in creative or business matters, which Noble reckons can make band life simultaneously more creative and more fractious. “It’s a bit of both. We have lots of songwriters with slightly different styles so it would be nice if we can bring it all together and do an album with one sound running through it. Also, you just have to try and keep a handle on things and not lose your head. Hang on to your ego and all that. Don’t be a dick, and try and look out for each other.”

On the horizon, then, there’s the prospect of a mighty performance at Ramsbottom to look forward to. According to Noble, for those interested in such things, the band have an established repertoire of pre-gig rituals, including “wailing, slapping, and getting into a kind of sub-human state. Oh, and Rum and Gingers.”

So, here’s raising a toast to British Sea Power, true bearers of the flame of independent music. Long may they wail and slap.

British Sea Power are headlining the Ramsbottom Festival on Saturday 20 September, 2014. For more information on the festival, click here 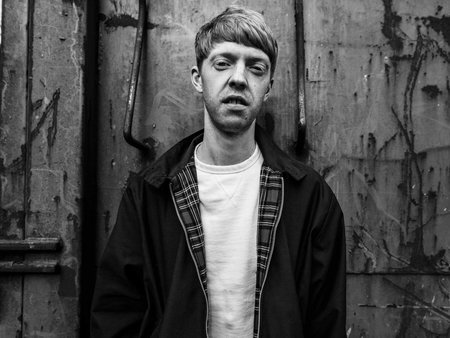 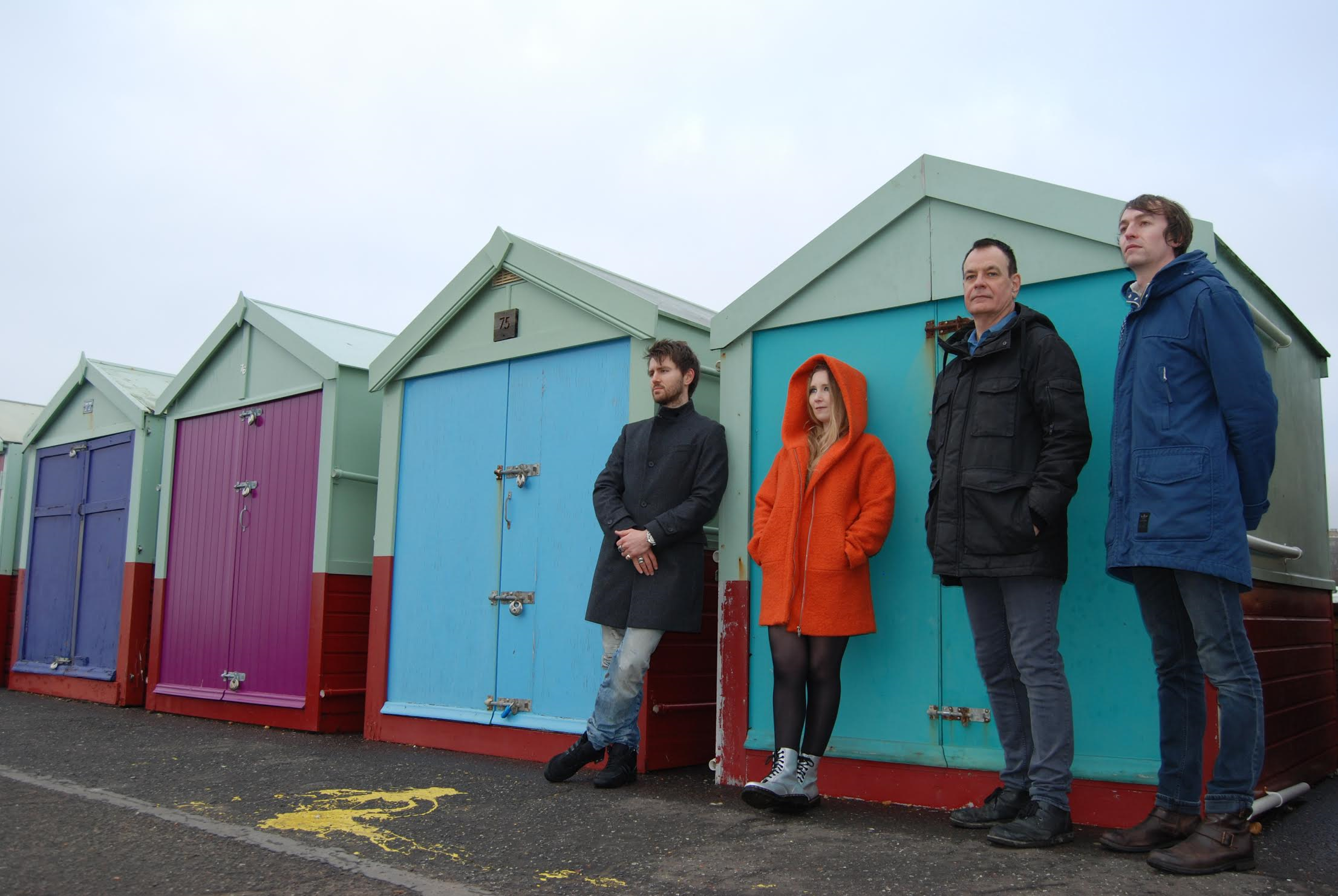 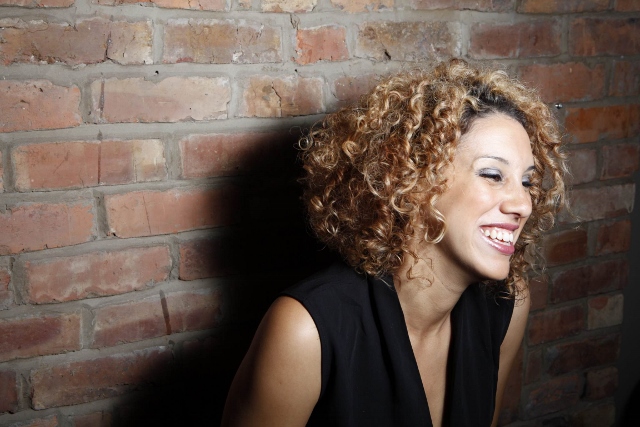 By the light of the silvery moon