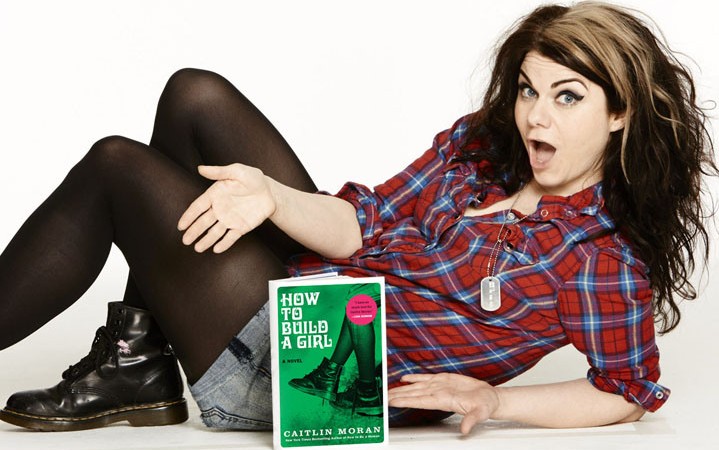 Before we start with this review it’s important to clarify a crucial point.

According to the Oxford English Dictionary the definition of feminism is the ‘advocacy of the equality of the sexes’. So we’re quite clear about that then? Only there seems to be something of a new wave backlash against feminism, from women who ‘want to be able to do what they want to do and not be told what they should be doing’. Oh the irony (check out Women Against Feminism on Facebook, it’s truly depressing). Or because they love/like men. Yes, well that’s allowed, as Caitlin Moran would probably be the first to testify.

And while we’re at it, for those who think we don’t need feminism anymore because we’ve achieved equality, try telling that to victims of female genital mutilation, or women in India perpetually exposed to sexual harassment in the name of ‘Eve-teasing’.

Moran is currently best known for highlighting this cultural misogyny. Her practical approach to gender equality and joyous celebration of her womanhood in How To Be a Woman struck a chord, as displayed here on one of eight live gigs. She’s attracted over a thousand to her live gig in Salford and it’s heartening to observe a good chunk of them are men. 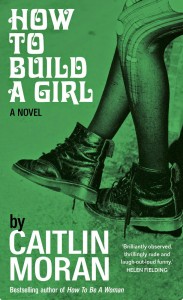 The book contained words of wisdom and clarity of thought that those of us closer to Moran’s age (and of a similar culture and background) have probably already worked out for ourselves, but it’s a joy to read for the chutzpah and wit of her writing. It’s also a book I’m buying for my teenage nieces.

The live show takes much the same formula – autobiography with impassioned ranting and a lot of below the belt, no holds barred gags. It’s part accessible lecture, a little reading from both How To Be A Woman and her new novel How To Build A Girl, a lot of humorous anecdotes, a truckload of jokes and a tiny amount of audience participation which surely infringes on the theatre’s health and safety policy.

Writers don’t always make the greatest performers but the only sign of a lack of performance experience here is the occasional stumbled-over lines, which is no surprise considering the breathless rate at which she talks. Moran is an engaging presence, a highly skilled raconteur who so full of positivity, honesty and enthusiasm that the energy never dips and she remains in command of the large room. In addition there are some stand up techniques employed in there too to heighten the funny.

Moran’s full of handy advice too such as how to cope with the unexpected arrival of an oversized cock in the bedroom and why not to wear a powder blue suit on live TV when you’ve not long had a bath.

Her lampooning of ridiculous beauty columns dispensing crap advice culminates in her reading one of her columns telling us why, contrary to beauty mag insistence, she isn’t going to get her legs out for the summer.

It’s a pleasure to spend a couple of hours in the time of this confident, content, 40-year-old woman who leaves us with a visual image – by lifting her shirt – that pretty much encapsulates the show.

Tags: Caitlin Moran, How To Be A Woman, How To Build A Girl, Marissa Burgess, The Lowry, Writer