New Year’s resolutions for the students among us are made, not in January as you’d expect, but in September. Stationery is fawned over and purchased with last Christmas’s WHSmith gift cards, library books are checked out only to remain unread, and promises made on the assumption that we’ll have to remake them in January.

Sat on a three-hour coach to Bristol recently and looking to a Sainsbury’s ham sandwich to bring me back to life, I realised the tragic truth of my house party hangover situation: this is my second year at University College London. And so one of my resolutions this year, which will undoubtedly meet the same end as all of my previous private promises, is to get my nightlife in order. And, given the uproar surrounding the recent closures of fabric, Dance Tunnel and Passing Clouds, it seems like a good time to talk about the capital’s nightlife.

Second year is made for house parties and I’m welcoming that with open arms, as well as the fact that chilled nights now involve an actual sofa and TV in addition to copious amounts of red wine.

However, when it comes to going out, I’ve decided to be more selective. No more “I’ll just come to pre-drinks” and end up being dragged to Sports Night at Loop, shouting “sod it” to my 9am lecture. Contrary to what my friends from home think, we do have rubbish nights out in London. Not every club is world-renowned or world-class; London students are just as likely to leave a club bitterly disappointed and in search of chips as consolation. The only difference is this: what we pay for a rubbish night out, others would pay for a good one. So, instead of three regrettable nights out each week, I’m shifting my focus and choosing one (or maybe, realistically, two) good ones. 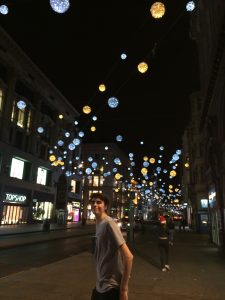 A potential UCL fresher messaged me recently, voicing concerns over whether or not people went out in London.  The answer is, we do, but unless you’re organised, it generally goes a little like this.

You buy tickets to events at least two weeks in advance but still miss the first three ticket releases, meaning you pay an arm and a leg to stand in a queue for an hour having overdone it at pre-drinks, only to be told that ticket-holders had to be in by midnight. Now you have to fork out a further £25 to gain entry. Outraged and determined to make a point, you turn on the heels of your trainers and head for The Roxy, only to realise an hour later that this was – and always is – a terrible decision because The Roxy is (and always will be) a terrible night out. Unlike Manchester, where the cloakroom costs the same as entry and is therefore an unthinkable option, you wouldn’t dream of going out in London without your coat, which you now wrap gratefully around your shivering body. Deprived of kebab shops and devoid of a chippy, you brace yourself for the walk to McDonald’s, arriving just in time for the closed sign to jeer at your drunken and disappointed face. Spirits broken, you head home for hummus, pitta and the Tesco’s chicken curry that might just (about) still be in date.

Of course, not all nights out are quite so tragic. London has a wealth of good clubs and even more good club nights, you just have to know where to find them and be switched-on enough to get yourself there. The beauty of fabric was that it was still an option at 2am after all other routes had been exhausted.

As for when we go out, it tends to be during the week. Weekends are when the yuppies (read: young urban professionals) come out to play. Come Friday night, cocktail bars are filled with suits literally sweating post-work ecstasy, and entry fees to clubs skyrocket beyond the £20 mark. The closest us mere students come to clubbing at the back end of the week is £1 entry to the University of London Union, or ‘ULU’ as it is more commonly – and perhaps even fondly – known. But what about the other days? Unless there’s a night actually worth getting excited about, this is where you’ll find UCL students clubbing: Tuesdays are spent supporting friends who DJ at XOYO; Wednesdays sees us falling into (and later out of) Loop for Sports Night (my flatmate has a bar tab for his football team, which is probably the only tempting part of this); Thursdays are spent at Nest; and I’ve already mentioned the Friday fall-back.

About half-way through the year, I stumbled across an app called Drinki, which gives you a free cocktail everyday – the perfect pre-pre-drinks pick-me-up. It’s a trait of most London students that we’re somewhat thrifty and alcohol is one thing we love getting for free. This may be about me sharing a tip or two for London drinking, but it’s also a public explanation of the times I’ve cringely ‘checked-in’ at bars on Facebook and not been tech-savvy enough to hide them. 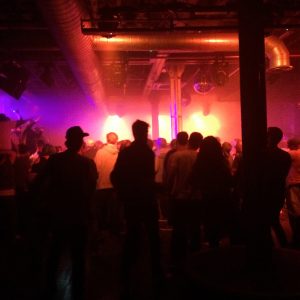 As much as it pains me to admit that life exists south of the river, this is where the best nights out happen. Phonox, Prince of Wales (my favourite place and home to not one but two roof bars) and the Bussey Building (worth the trek for the South London Soul Train) are all in the lower boroughs. Loop may have a walk down Oxford Street (adorned with lights for the best part of Winter, since Christmas apparently starts in October) as its route home, but as a night out it has nothing on the clubs down south. Thank God the Victoria line is part of the new night tube service.

Some clever internet-person (probably with too much time on their hands, but this works out well for us) made a tube map showing where London nightclubs lie on the new night tube routes. It turns out that a night out in London isn’t quite as easy as hopping on a £1 Manchester bus from Didsbury to Piccadilly Gardens back home. So, yes, we’re the idiots who drink on the tube; journey juice is never more necessary than en route to Peckham. At least we have Citymapper, though. I’m not sure TFGM’s journey planner (Manchester’s best offering for navigation) is quite as helpful. I can’t count how many times I’ve stood on Oxford Road with a friend playing the lottery of whose bus comes first (sorry Mum).