Props and pinkoes: the US election

The other night we found our front garden sign endorsing Hillary Clinton for president face down on the grass.

Was the culprit one of our regular animal visitors, a dog, a coyote, a possum? Could it be the fat grey cat who hangs around outside our house? There’s no love lost between us, but I had never taken him for a Trump supporter.

It couldn’t be the wind. We get some mighty fierce blows here, but not at this time of year. And we’d hammered in the prongs good and hard.

A neighbour solved the mystery. She had watched a “crazy white-haired woman” rip out the sign. The vandal was heading to attack other Hillary signs in the street, but backtracked when people started coming out of their homes. She drove off in her car, with the radio blasting, probably tuned to some far right-wing channel.

I’ve never put up political signs before, but this year with the stakes so high, I’d spent $26 on that sign and two bumper stickers. Hillary is too right-wing for me but, in the words of Hilaire Belloc, I am keeping hold of nurse for fear of something worse.

In the UK I straddle the political centre – a very uncomfortable place to be. But while my politics have stayed the same, moving nearly 6,000 miles here has shifted me leftwards. Here my views smack of what some locals call “dangerous socialism”.

The US has two mainstream right-wing parties. There’s the Republicans – and then there’s the Democrats.

At a pro-Obama gathering, I heard one Democrat deliver the most vehement anti-union rant I’d heard since the UK miners’ strike in the 80s. A Texan friend, whose work takes him to the UK, jokes that British conservative politicians are “a bunch of pinkoes”. Margaret Thatcher would have been too moderate for many modern mainstream Republicans.

So choosing how to cast my vote for political candidates is easy: I just go for the least right-wing ones. But then it gets difficult.

Here you vote on judges and officials and, as in many states, there’s raft of ballot initiatives or propositions, called props for short. These are put on the ballot by the state legislature or via petitions signed by registered voters. 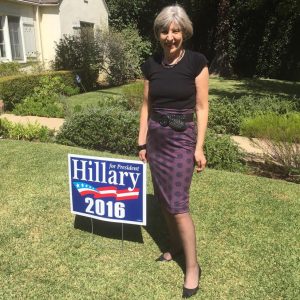 In June I, like other Brits who have been out of the country under 15 years, voted on Brexit, possibly the most important UK poll in living memory. It took me just a few seconds to mark my cross firmly on the postal ballot and I’d read it twice to be sure I’d got it right.

Here, voters have to tread warily since props are plagued, sometimes deliberately, with double negatives.

California, which is generally pro gay rights, might have accidentally banned same-sex marriage in 2008 because of the way a proposition was worded. Perplexingly, if you were pro gay marriage you had to vote no.

I sweated over my vote, even though I’d seen gay couples with “Vote No” stickers on their car bumpers. Had they got it wrong?

People on both sides of the argument were befuddled. Former San Francisco Mayor, Willie Brown, beloved of the city’s gay community because of his successful lobbying for the legalisation of homosexuality, made an impassioned plea for the rights of same-sex couples. Then he urged his audience to vote yes. Whoops.

Thankfully, the infamous Prop 8 was ultimately ruled unconstitutional by a federal court.

Last time I voted here, the previous occupant of the booth had left behind a crib. Scrawled on the back of an envelope were his choices –  yes on this proposition, no on that.

The voting mechanism itself is tedious. You slip the ballot paper into a machine to hold it steady while you a press a black marker into pre-formed holes to indicate your choices. The voter guide has an explanatory graphic. You have to press hard to make a mark. A UK friend watching me perform this ritual from afar said you could see my entire body rise and fall with each selection. The stickers people get afterwards to say they voted are well-deserved. 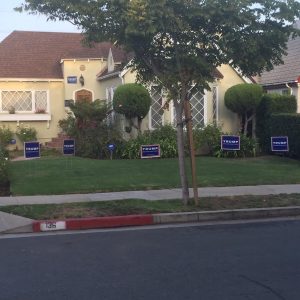 Propositions were supposed to be the ultimate in democracy, giving citizens a direct voice and counteracting the influence of cliques in state government. But they have had the opposite effect. Special interest groups backed by wealthy benefactors can get propositions on the ballot by offering petition circulators cash for every signature. If you have the money you can get what you want on the state constitution without the scrutiny of the legislative process.The system also undermines elected representatives, sometimes produces contradictory laws, and there’s no accountability when things go wrong. Cluttering the ballot with propositions confuses voters, making them likely to skip props, or just vote ‘no’, and as we’ve seen that sometimes means yes. And people’s tendency to vote for more spending but less tax is tough on California’s budget.

The main reason campaigners give for scrapping the death penalty is not that it is morally wrong, nor the risk of executing the innocent, but that the inefficient system with its decade-long appeals has cost taxpayers more than $5 billion since 1978 to execute 13 people: $384 million per death.

Our Hillary sign is now standing proud and I am wondering whether to buy more.

In Beverly Hills I saw a house with five Trump signs in the garden and one high on a wall. When I walked past again after darkness had fallen the garden signs were gone. Had the owner taken them inside for safety? Or had a Hillary supporter stolen them?