With the big day just around the corner, mulled wine on special offer and more Christmas crackers than you can shake a string of tinsel at, December is one of Northern Soul’s favourite months. And what better way to feel festive than to head to a Christmas market for some shopping, tasty scran and all the Yuletide feels? Here’s the Northern Soul round-up of the Best Christmas markets.

Voted as some of the best in Europe, the Manchester Christmas Markets have been going for nearly two decades and each year seem to get bigger and better. Last year’s highlight was the arrival of the Yorkshire pudding wrap, and 2018 sees plenty of new additions and returning favourites for those looking to get into the festive spirit.

From St Ann’s Square to Spinningfields to Cathedral Gardens, the markets sprawl across the entire city, with the traditional wooden huts leaving almost no street untouched. 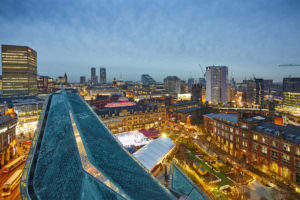 As well as the usual bratwurst and mulled wine, food highlights include new entrant Amsterdam Frites with more than 30 different sauces and toppings and, my personal favourite, poutine – chips, cheese and gravy, what’s not to like?

If you’re looking for something a little more upscale, head to New Cathedral Street to visit the après-ski-themed lodge complete with gin cocktails and espresso martinis.

Food and drink aside, Cathedral Gardens is housing another new addition in the form of a brand new ‘ice village’ with seasonal sculptures and a Santa’s grotto, perfect for a family outing. Of course, all the usual artisan traders are back this year too – from Manchester-themed prints to homewares, clothes and knick-knacks, it’s the perfect spot to find a stocking filler or to simply treat yourself. 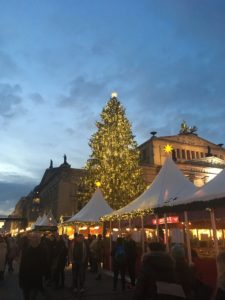 Google says there are about 80 Christmas markets in Berlin, but local friends tell me there’s possibly up to 200-300 which means that, at any moment, you could be just a few metres away from a warming mug of Glühwein.

Unlike Manchester’s markets, which snake all around the city, Berlin’s are more disparate and come in all shapes and sizes. Located centrally in Mitte, Gendarmenmarkt is one of the more charming offerings. Packed with artisan traders, it’s an Aladdin’s cave of hand-crafted jewellery, artwork, clothes and more. The traditional wooden decorations and festive carvings alone are worth a visit.

Culinary offerings include bratwurst (plus lots of potato-based products) but it’s very much an international affair with Italian nougat, French raclette, Swiss chocolate and candied nuts. One of the best ways to enjoy the market is to meander along the rows of stalls but there’s also indoor seating if you want to take shelter from the cold with a mug of something warm.

The €1 entry charge is well worth it, with choirs, jugglers, stilt-walkers and other performers often on show. Running until December 31, it’s open until 10pm daily.

Also in the Mitte district is Alexanderplatz – one of the city’s largest squares and where you’ll find the iconic TV Tower. It may be one of the more touristy spots but, complete with an ice rink, this is a great spot to stroll through and people watch while huddling around one of the fire pits.

While sunny southern Italy may not immediately spring to mind when we think about Christmas Markets, it shouldn’t be overlooked as a festive destination. 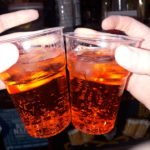 The best thing? There’s not a bratwurst or tepid mug of Glühwein in sight. Instead, the best (and cheapest) pizza you will ever taste (Napoli is the birthplace of the mariana and margarita) and $2.50 Aperol Spritz are readily available from street vendors. Is it any wonder that Northern Soul managed to snaffle an impressive six pizzas in one week? (and don’t get us started on the pasta/bread/cheese consumption). In the busy summer periods, there’s often a ridiculous queue for street food but it’s a little less crowded during the winter months (although on Sundays the streets of the historical town are more rugby scrum than quaint cobbled delight). 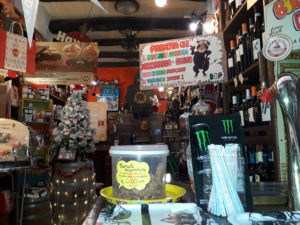 Anyone unfamiliar with the concept of the Italian presepe (nativity scene), a visit to Naples at any time of the year is an eyeopener (it is literally Christmas all year round), but it’s particularly special during the run-up to Christmas. The tradition dates to the 17th and 18th centuries, where the depiction of nativity scenes was turned into an art form. This is taken seriously in the city – and some sculptures are famous. Expect anything from a simple manger scene to an entire village, Jesus and Madonna figurines, animals and scenes of work . You can even find caricatures of footballers and politicians.

Although some of what’s on sale is what we’d consider tat, and some of it might inspire nightmares (a thrusting Santa still haunts our dreams), getting lost in the city’s winding side streets and watching the stall owners yell at each other is brilliant entertainment. You can’t help getting in the festive mood.

By Lizzie Wood and Emma Yates-Badley