Emma Yates-Badley December 15, 2018 It's Not Grim Up North, Northern Soul writes... Comments Off on I’m sick to the back teeth of women having to carry the blame for violence inflicted by men 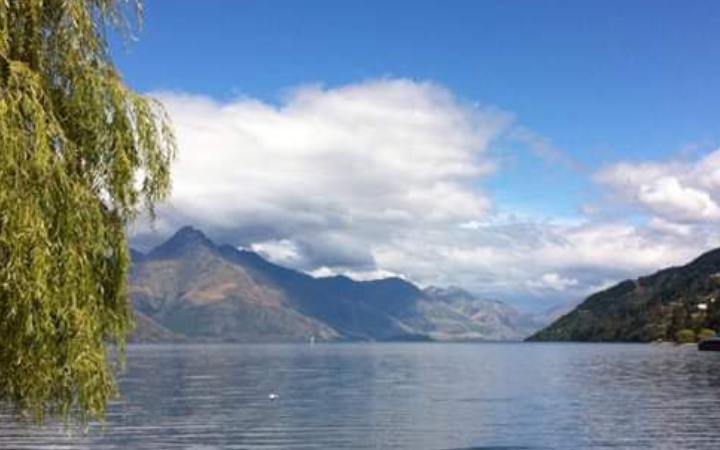 Tabloid journalism is a joke. But it’s not a funny one, no-one’s laughing and it keeps getting worse. Luckily, there are writers out there with integrity, and publications who give them a platform, or else I’d be renouncing the world of modern media and heading for the hills.

Why am I so mad? Well, I’m angry on behalf of women everywhere who are bombarded with narratives about how they should look, think and act. But I’m absolutely livid on behalf of Grace Millane, the 22-year-old British backpacker who was murdered by a violent man during her trip to New Zealand.

I have been on the receiving end of questionable journalistic behaviour during a case related to my family where I was hacked and followed. This pales in comparison to what the Millanes are having to endure, but it sparked something in me and made me fucking furious.

Let’s get one thing straight: Millane’s death has nothing to do with solo travel, the country she was visiting, what she chose to do or what she was wearing. It has everything to do with the actions of a violent, selfish, manipulative man.

So why wasn’t this the headline? Why wasn’t this the primary focus? Why isn’t the crux of this story that yet another woman has been killed at the hands of a man? Instead, it’s her actions, choices and attire.

I am literally bashing my keyboard as I type because I am incensed at the irresponsibility of these major publications. Regurgitating the narrative that women are responsible for the violence inflicted upon them is reckless. To be told constantly that we should be afraid of the spaces we freely inhabit does not help women. Reducing us to click bait is problematic.

It’s not just confined to column inches. During a recent rape trial in Cork, a 17-year-old girl’s underwear was used against her as evidence in court. Senior counsel Elizabeth O’Connell told the jury that they should consider the underwear that the teenage girl was wearing during the alleged rape. She had opted for a lace-fronted thong which apparently meant that she was ‘asking for it’.

I’m sick to the back teeth of women having to carry the blame for acts of violence inflicted upon them by men. I’m done with the ‘boys will be boys’mentality. I am so over the lack of accountability.

Social media is rife with opinion. ‘Why would her family and friends let her go on her own? Young attractive woman on her own? It’s asking for trouble unfortunately.’

Now let’s pause for a minute. A ‘risky action’ is plugging your finger in an electrical socket or trying to cross a busy road, it’s not leaving the house or wearing a dress or going on bloody holiday or using Tinder.

One Twitter user wrote: ‘Backpacking holidays must be most parents worse fears. So vulnerable.” To which another, far more sensibly, replied: “Actually, it is men killing their daughters that is their biggest fear.”

When I was 28, I quit my job and embarked on a solo backpacking trip. I’d never travelled outside of the UK alone before and I was beyond excited about the prospect of spending months trekking the globe on my tod. I binge-read travel blogs, stocked up on guide books, packed my rucksack and hot-footed it to London Heathrow to catch a long haul flight to New Zealand. It was one of the most liberating trips of my life and I am thankful for my experience. However, there were times when I felt afraid.

Recently, a Twitter user asked women what they would do at night if men were given a 9pm curfew. The answers were so relatable and demonstrated how women are deprived of simple things because of anxiety and fear regarding their own safety. Women have been subjected to problematic statements to counter these problems – carry an alarm (when I moved to Manchester, aged 18, I was given a personal attack alarm which used to go off in lectures), don’t go out alone after a certain time – and if we dare to forget about these even for a moment, maybe because the park is a quicker route home from the bus stop, it’s our fault when something happens.

We told her so…

So, how about this? Instead of instructing women to be cautious and fearful, perhaps we should tell men to be more careful, kind and considerate? Let’s turn the narrative on its head and teach men about boundaries and respect for women’s personal space.

For women, violent death or assault is a cautionary tale in which we are always assigned a portion, if not most, of the blame. If it’s not what we wear, it’s where we go, or that we go there alone. Or it’s dating, or having casual sex, or talking. It distracts from the real issue. Clothes, travelling, apps, drinking – none of these things murder women. People murder women and, statistically, it’s a male perpetrator.

Some men (Not All Men™) started calling women out publicly for ‘using’ Millane’s death to ‘further their feminist agenda’. This astounds me. A woman has been murdered, by a man no less, and then vilified in the media as though she had some part in her own death and they’re annoyed that women are angry?

Well, I’ve got some more fuel for their fire: I’m not playing by these rules anymore.

Thought for the Day: What’s the best thing about Switzerland? I don’t know, but the flag is a big plus.

Thought for the Day: “There are times when it will go so wrong that you will barely be alive, and times when you realise that being barely alive, on your own terms, is better than living a bloated half-life on someone else's terms.” - Jeanette Winterson

Poem for the Weekend: Walking Away by Cecil Day-Lewis bbc.co.uk/bitesize/guide…