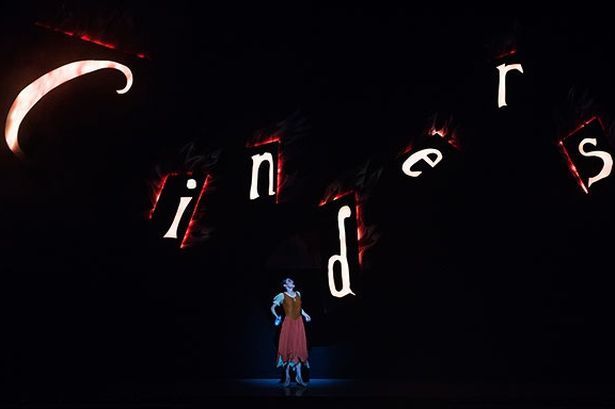 I’ve seen Northern Ballet perform before. I’ve liked Northern Ballet before. I genuinely wanted this production to be a success. But somewhere in the space between pseudo-panto and epic, heart-wrenching, ‘how-do-they-do-that-with-their-bodies?!’ ballet, David Nixon’s pumpkin drove right into the abyss.

The Russian backdrop makes sense and lends the production – I’m hesitant to call it a ‘work’ – a certain vibrancy. It’s responsible for the most dynamic male dance deserving that title – after all, who doesn’t love a bit of cossack dancing? And let’s not forget the circus tricks and Blackpool-promenade magic – they’re always crowd-pleasers. As for Duncan Hayler’s set design, it’s clear to see that the costume department took the bulk of the £250,000 budget. It’s a shame, really, because certain moments were really rather pretty and I got the distinct feeling that what we saw on stage didn’t quite match up to what he probably envisioned. The ice-skating scene especially was reminiscent of Matthew Bourne’s Nutcracker. With its frosty glow working in perfect harmony with the dancers gliding convincingly across the ‘ice’, I could envisage a winter wonderland in the middle of Manchester. It was one of the few heart-warming moments. For the most part, the set was a lot less self-indulgent than the choreography and a lot more flatpack-fairytale than I’d have liked – more rags than riches. 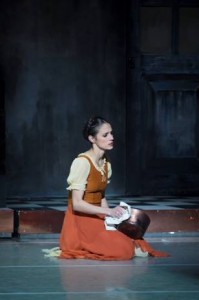 I only wish my own enthusiasm for this production matched that of the dancers on stage. Perhaps their over-zealous applause after every solo was over-compensating for their lack of oomph in the rest of the show? Of course, the dancers move beautifully and are technically exceptional, but their lack of unity and je ne sais quoi distracted from the overall impact of the choreography.

There were elements of Nixon’s work that showed real ingenuity – the kind of flair and creativity you’d expect from a choreographer of his calibre. A pair of fur coats leap into action as carriage-leading huskies and the stepsisters’ excited allegro injects a burst of energy into the opening act. Tobias Batley gave good Royal as Prince Mikhail, but it was in interacting with his friends when his real boyish charm shone through. And my, doesn’t he have a nice bum? I envied good ol’ Cinders in her duet with the Prince. Not because of his bum – lovely though it is – but because in that one dance the two shared such chemistry that I genuinely believed they were falling madly in love.

If the rest of the show had that level of emotion driving it, I wouldn’t have been left thinking that Nixon’s choreography had suffered a serious disservice. That said, I was impressed with Nixon’s refusal to shy away from the tricky transitions so many choreographers avoid; Cinderella blossomed from child to teen with all the grace and ease of dropping a pan – literally – and her transformation into the belle of the ball gleaned an audible gasp of awe from the audience. Unfortunately I almost missed it in the dull haze of the first 50 minutes. It took me until the end of act one to truly engage with the show.

There are a lot of things which are right about Cinderella, they’re just overshadowed by the things which are wrong. Perhaps I wouldn’t be so bitterly disappointed if I’d been expecting to see a beginners-guide-to-ballet, but for a company and choreographer so renowned in the realms of high quality British ballet, I couldn’t help but feel that Nixon’s fairy-tale just fell one jeté short. Is this a magical adaptation of Cinderella? Yes, but only for about five minutes.