Marissa Burgess August 6, 2018 Arts, Comedy Comments Off on What’s on in August: Comedy in Manchester 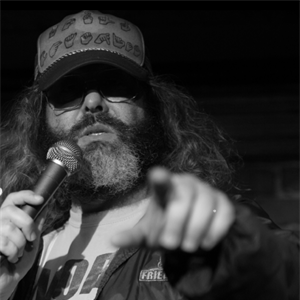 Though it may seem like it in Edinburgh, not all the nation’s comedy scene has travelled north of the border. It may be small but the line up this month in Manchester is exquisitely formed.

The open mic night where it started for many a great Manchester trained comedian. Who knows where this lot will be in five years’ time? Catch them now.

The Frog and The Store should receive medals for services to comedy. As Manchester is on its summer hols, The Frog and Bucket and The Comedy Store are providing all of us (well, not me personally, I’m at the Fringe) who are still in Manchester with some comedic entertainment.

At the Store, joining the weekend stand up shows, are the usual Sundays of entertainment with King Gong compered by Dave Williams on Sun 5th, New Stuff with Toby Hadoke on Sun 12th and Alex Boardman’s New Comedians on Sun 19th.

Comedy Store for Kids is on the afternoon of Sat 18th and then, to round off the month, the man in the green dragon suit Piff The Magic Dragon is in The Dog That Knows on Mon 27th.

Over at the Frog and Bucket there is plenty of fun to be had Thursday through to Saturday nights with the stand up shows then Beat the Frog amateur gong night each Monday as the club gears up for a busy autumn schedule.

Don’t worry, Chorlton – there’s comedy for you guys too with Mick Ferry, Paul McCaffrey and Chris Kehoe, all kept in place by MC Paul Pirie.

Not strictly a night of comedy but in fact but a celebration of all the kinds of musical cheese beloved by the Steve Coogan monster creation. BACK OF THE NET!

Once again two acts double up with Andy Robinson and Paul Thorne getting the number 42 between venues and Kiran Morjaria providing the support and MC Tom Wrigglesworth in Didsbury plus Sara North in the middle spot and Mick Ferry compering in Heaton Moor.

Again, another club that doesn’t take any summer time off. Headliners this month are the gloriously self-deprecating Jonny Pelham on Tues 7, the idiosyncratic talents of Pat Cahill on the 14th, the man with PowerPoint David Trent on Tues 21st and unhinged Canadian Bobby Mair rounding off the month on 28th.

Another Group Therapy coup as they present the American comedian with his first ever Manchester date. The star of 30 Rock brings his show America… Still Number One, which takes on ‘American exceptionalism and US domestic and foreign policy’. That should keep him going for a while.

Where it all starts for many an act and where it all ends for others. In fact the legend that is Dave Turquoise who now runs this gig started the original night that became Comedy Balloon (as The Worst Comedy Night in Manchester).

And rounding off this small but perfectly formed month of comedy is big hitter Hart with Irresponsible. Despite many appearances in film and TV Hart strips it back to straight stand up comedy – albeit in front of a lot of folk at the Arena.