Marissa Burgess November 5, 2018 Arts, Comedy Comments Off on What’s on in November: Comedy in Manchester

Remember, remember the 5th of November…but can’t recall why off the top of my head. Oh yeah, that’s it. We burn an effigy of a long dead Catholic. Hmm. You’re probably best off watching some comedy instead. Here you go.

There’s loads and loads of comedy at the Frog and Bucket and the Comedy Store all year round, keeping us going through the quieter months when the other shows have a bit of a rest. So, remember to support them this month when there are frankly truckloads of visiting shows to see too.

And of course, the Store and the Frog have their own special shows too.

At the Store this month new act gong night King Gong is on Sun 4, New Stuff – where professional acts test out new material watched over by Toby Hadoke – is on Sundays 11 and 25 then Alex Boardman’s New Comedians is on Sun 18. There’s Comedy for Kids on the afternoon of Saturday 17 and a special visit from WWE wrestler Edge on Tues 13. Not strictly comedy but WWE is not without its laughs so worth checking it out.

Over at the Frog, there’s plenty aside from Beat the Frog newbie night starting all over again every Monday after the World Series competition last month, and the Christmas shows – with festive meal and disco! – starting at the end of the month.

There are also visits from two Irish comedians. Shane Todd contemplates whether he lives up to his Western cowboy namesake in Hero on Tues 6, and on Sun 25 viral sensation Colin Geddis brings his dark humour in the form of his latest solo show Transblender. On Sun 11 there’s not one but two solo shows. Firstly, from Geordie Carl Hutchinson with I Know I Shouldn’t Behave Like This… and musical double act Harry and Chris attempt to Save the World – they wouldn’t go amiss starting with Brazil now. Plus, there’s the faster paced, edgier Late-Night Laughter show after the regular evening show on Sat 24.

The highly acclaimed Aussie with her latest show Busting A Nut, which unsurprisingly garnered her rave reviews at the Edinburgh Fringe.

Clever humour from the master satirist in Devil May Care. The Dark Lord himself sheds some shade on the divisive nature of society.

The GT team presents a fab double headliner this month with the gloriously acidic Scot Fern Brady and the brilliantly scattershot and hyperactive Adam Hess.

Rowe may have won Dave’s best gag of the Fringe in Edinburgh this year but there’s far more to him than just a one liner. Here Rowe explores his working-class background in Undeniable.

The ‘as-seen-on-Britain’s-Got-Talent’ Robert White and the sharp humour of Jo Caulfield double up. Paddy Young provides the support and Danny McLoughlin emcees in Didsbury whereas Ben Bridgeman is in the middle and Justin Moorhouse hosts at The Heatons.

Fantastic line ups at XS this month as per usual. Here’s a hint at how good the line ups are. Headlining on Tues 6 is the bad boy of comedy Alfie Brown, Irish act who started out with Ardal O’Hanlon in Dublin – Kevin Gildea – is on Tues 13. Manchester scene favourite Dan Nightingale tops the bill on Tues 20 and the as heard on Capital FM Tom Deacon rounds off the month on Tues 27. As ever, the wonderfully chic Toby Hadoke hosts.

Not busy enough writing her first book Girl Logic: The Genius and The Absurdity, American comic Shlesinger follows up her successful run of gigs last year with another tour, Fluent in English.

One of the most joyous art exhibitions this critic ever witnessed was Perry’s at the British Museum as the halls rang with the sound of its visitors giggling. Best known for his pots and tapestries, Perry is a grand wit. It’ll be an entertaining night for sure.

This month at this safe space of a comedy night where acts are free to chat about mental health but still make jokes Harriet Dyer introduces Jonny Pelham, Amy Vreeke and AJ Hill.

A veteran of the comedy circuit having won the Perrier award at just 24 two decades ago Moran has never let the quality drop. Catch his latest musings in Dr Cosmos.

The king of the one liner, Delaney has busied himself writing a whole new show, Gagster’s Paradise, that’s a lot of jokes. 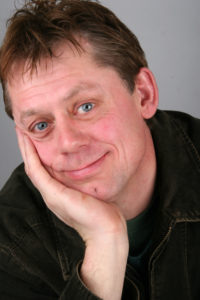 Despite having spent many years hiding inside characters – John Shuttleworth being the main one – Fellows steps out from behind the retired Sheffield security man and amateur musician to appear as himself, singing songs and telling tales.

There was a time when a new Slaughterhouse Live show was a regular, sometimes monthly, event. Not so much now so appreciate it while it’s here. A cavalcade of bizarre and esoteric characters will populate and glorious it will be.

Fast talking Irish act who, like Moran above, has been consistently entertaining for the last twenty years. You Can Come In, But Don’t Start Anything it’ll be Byrne himself that will causing the mischief.

Is it all Meaningless? Brister attempts to take time out away from her twins peeing in her shoes to find out.

The winner of this year’s Britain’s Got Talent whose cerebral palsy and inability to talk hasn’t held him back when it comes to stand up. A uniquely dry wit.

Omielan’s star just keeps on rising. First garnering fame with the smash hit What Would Beyoncé Do?, the untimely death of her wonderful mum last year woke up Omielan to politics, so here she is wither response, Politics for Bitches.

Laura Lexx performed a bravura show at the Edinburgh Fringe this year with an hour that managed to channel her trademark upbeat demeanour into a deeply personal and uniquely moving tale of the difficult time she’s had across the last couple of years. So, catch her here, she’s fantastic.

Another fast-rising star of the comedy circuit takes on G.O.D. in his new show. That is what he considers to be the human race’s new preferred religions – gold, oil and drugs.

Finally diagnosed with endometriosis in 2016 after many years of misdiagnosis, the comedian and theatre maker tells the story of The Year My Vagina Tried to Kill Me. A part of SICK! Festival. 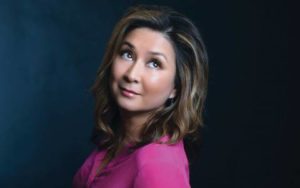 The former Labour Party adviser with her call for women everywhere to ditch the bitchin’ and join forces in Girl On Girl: The Fight for Feminism.

The bard of Salford, and all round Manc conurbation legend, continues his run of later life gigs with no signs of slowing up. Go see.

A brand new ‘bar-hop through history.’ Enjoy five free drinks as they take you through from Ancient Greece to the great British boozer via the Wild West.

Stand up, podcaster and producer of two Netflix specials Double Negative, Shaffir describes his comedy as “a puppet show – but way filthier and without the puppets”.

The voice of Love Island’s show about millennial observations U OK Hun? x proved so popular he’s back for another run. Last chance to see… 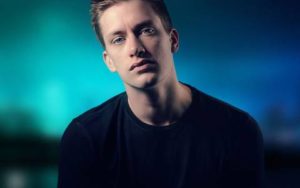 The ridiculously successful Scot considering his youth. He has two Netflix specials, his last show was performed in 28 countries, has put on numerous Edinburgh Fringe runs and made many telly appearances. Go see what the fuss is about, you won’t be disappointed.

The low-fi Irishman who’s a whizz on the Bontempi with You Have to Laugh. Stealth comedy at its finest. 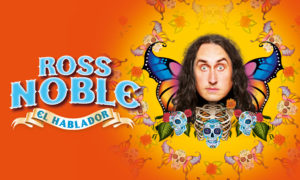 Whalley Range’s funniest son takes on the biggest room in Manchester with another date for his latest show Muddle Class. Pondering the joys and confusions of social mobility.

And to round the month off it’s the master noodler himself. Not a single one of the individual shows in the El Hablador will be the same, guaranteed.