Coronavirus: will the arts survive? Northern arts practitioners and performers tell us their stories

Drew Tosh July 18, 2020 Arts, Theatre Comments Off on Coronavirus: will the arts survive? Northern arts practitioners and performers tell us their stories 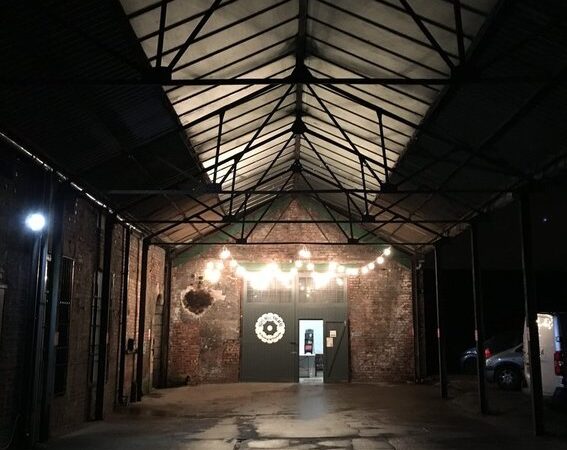 At the time of writing, Culture Secretary Oliver Dowden had just announced that indoor live theatre performances can recommence on August 1. This followed a £1.57 billion emergency support package to help protect the future of theatres, galleries and museums. While he said that the grants and loans will preserve the arts sector’s “crown jewels”, he didn’t seem able to name many of these jewels.

Although the long-awaited package has been welcomed, there are still worries that the funds will not be enough to save jobs currently under threat. It may also be too late for organisations that have teetered on the brink of collapse since lockdown began in March. And while the reopening of theatres is a step forward, it is feared that the capacity of up to 40 per cent required under social distancing will prove economically impossible for many venues.

To understand the effects of COVID-19 on the arts in North, Northern Soul‘s Drew Tosh spoke to arts practitioners and performers to find out how lockdown and social distancing has affected their work and why it is vital to save the sector. 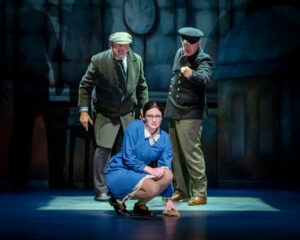 By The Waters Of Liverpool

The pandemic and lockdown affected all my roles. The immediate impact came from producing. We were only three dates into a 17-venue tour of By the Waters of Liverpool. We hadn’t anywhere near covered our production costs yet. We had a big company on the road which had to cease with immediate effect, and it hit hard.

We were also about to sign a tender agreement to take over a new venue, which was immediately paused. My communications company completely broke down within a week and there was the added stress of ensuring my team were well-placed as income had ended. Along with freelancers, company directors fell into an area which got left behind in government support, so it has not been an easy time. Everything feels unclear.

In the first few months of lockdown, my clients and my production companies released online productions to great effect, but we do not want this to become the new norm. We work in live entertainment and audiences are key to its atmosphere and success.

The UK are world-leaders in the arts field and bring in a staggering £34 million to the UK economy. It is an industry that is respected the world over. I hope a rescue package enables all freelancers to continue working on projects and gives venues, big and small, something solid to work with. Every venue means much more to its community than just a show.

Comedian Lee Peart made a big career move from Manchester to London a couple of years ago. He has found success as a TV warm-up comedian, most notably on ITV’s Loose Women, but the programme is now being filmed without a studio audience. 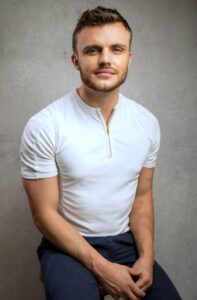 My income went from 100 to 0 per cent in the space of a day, which was a huge worry. My job relies on having a live audience, so the future continues to look bleak in terms of when I’ll be back to work. I was lucky enough to receive government support through the self-employed furlough scheme, but many friends slipped through that net and the scheme is only available for the self-employed until August.

I’m about to turn 30 and I started the year feeling positive. My finances were in check, I had a job I loved, and I thought I was going to have a great year being able to save and have fun living my best life. During lockdown, I’ve set up my YouTube channel and have been trying to throw out content without over-saturating it.

It makes a huge difference for people to speak out. I remember when the furlough scheme was first announced for those employed, there was outcry from the self-employed. If we don’t shout, we won’t be heard.

We need art. There needs to be clarity as to how social distancing might work at live shows. It’s understandable though, that financially, big theatres probably cannot reopen with only half the audience capacity. The Government needs to sort out the testing situation so we can have an adequate view of exactly what this virus is and where i’ts headed. Creatives are currently having to plan for the worst because what else can you do?

Stand-up comedienne and performer Kate McCabe has been steadily carving a career in comedy for the past few years. 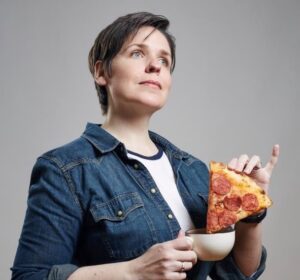 COVID-19 certainly damaged my plans, particularly the cancellation of a run at the Edinburgh Fringe Festival doing improv with Murder Inc and ComedySportz plus solo gigs. A trip to America for an improv event and several big stand-up gigs have also been cancelled. My more ‘stable’ jobs have also collapsed temporarily including performing at an immersive theatre attraction and my teaching opportunities. I can do online teaching and Zoom-based ‘live’ gigs, but I’m pulling in a fifth of my normal income, so things are tight.

I desperately hope people continue to take COVID-19 seriously so we can recover sooner than later and resume a semblance of normal life. My biggest concern is safety. I want to make sure that when my industry opens back up again, we’re not contributing to another surge. I want people to come and enjoy what’s on without worrying about paying a dangerous price for it.

Bar essential services, I’m not sure anything should be open yet. It’s also hard to make sense of how a pub could be safer than an outdoor performance. There’s a level of logic missing. It’s vital we save our performance spaces. You can’t call it a ‘return to normalcy’ if the arts aren’t there to welcome us all back.

I want the Government to fully fund a proper safety measure that allows people to flatten the curve properly while protecting their business, livelihood and property. I could think of some things we could cut from the budget to help facilitate my pie-in-the-sky goal.

Joseph Houston and his partner William Whelton set up Manchester’s Hope Mill Theatre in 2015. It has since become one of the most successful independent venues in the UK and was named The Stage Fringe Venue of 2018 and won Small Theatre of the Year at the 2017 Northern Soul Awards. 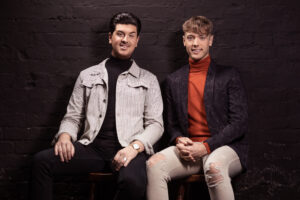 We need people’s support because, like everywhere else, our income comes solely from bar sales and ticket money. At the moment, we have neither. We don’t want to be dormant as an organisation and we’re putting out online events but it’s not the same as live theatre. Seeing a massive organisation like The Royal Exchange making cuts is so sad. They offered a lot of job security to people in an industry that doesn’t normally have it.

It’s also awful to see self-employed freelancers fall through the cracks because they didn’t qualify to be furloughed. It’s so important, for the mental health and wellbeing of those in the industry, to give individuals hope and support.

Hope Mill is a much smaller organisation so it does feel more achievable for us to be reopen sooner when the time comes. We could be at the forefront of getting out the other side of this and that’s really important to us. It is going to be tough and take a while, but the arts are resilient and the people in it are hard-working.

I think it’s easy for people to brush off the arts as something we can easily live without. We need to make it clear how important it is to us and the economy. Our country is known around the world for its history of theatre and the arts. We still talk about the cultural importance of Shakespeare but let’s not forget all the regional theatres, built years ago, that still stand in small towns all over the country. It is part of our community and in the veins of this country.

Donna Trump is a rising performer on the drag circuit. 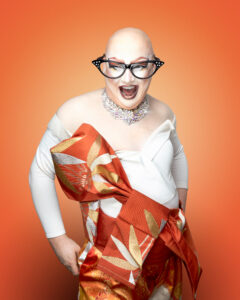 COVID-19 brought a big change in my life as an artist. Within 48 hours of the Government ‘advising’ people to avoid the hospitality and culture sectors, my work diary for the rest of the year was either postponed or cancelled. It made me look at what my work does and its importance in my life and for audiences. Having that taken away was a big thing.

The industry I work in is built upon giving people the buzz of live experiences to respond to. The personal interaction right there and then. I ran an online streaming show to help bring together people in the art form of drag to entertain the viewers as it felt very bleak during lockdown. I had to stop, however, because organising 40 performers on an online platform while keeping good quality content and helping the performers get paid via tipping systems was a steep learning curve.

The arts, in all its forms, speaks a universal language which translates personally for everyone. These gifts are precious and, if we don’t fight for them, the world will become a place of boardroom meetings with burnt coffee talking about how to increase the economy by making other people suffer.

The arts need an acknowledgement of its importance and necessity to society. Don’t just throw money at us because that’s the worry of the moment. Recognise the anxiety and discomfort of people in the arts sector. Independent venues fearing redundancy plans, the many self-employed artists who did not get help through the grant scheme, freelancers with no protection against income loss. They are all linked. Listen and let their voices be heard.

A few thoughts to end with…

In 2018 alone, UK theatres generated ticket revenue of £1.28 billion and employed almost 300,000 workers. More people go to a London theatre show than attend a Premier League football match. Can you imagine the uproar if football was left to die on the vine?

That actress you love in a TV soap probably started her career on stage. The guy who wrote that action movie you’ve watched dozens of times may well have got his start at a theatre-writing event. Your own child might discover a lifelong love of performing after seeing panto for the first time.

Imagine if all entertainment outlets went dark for an entire weekend. No Netflix, iTunes, PlayStation games. You’d quickly notice how much it enriches your life.

With everything that has been happening in the world in 2020, we need entertainment more than ever.

This is an excellent initiative from @NewWritingNorth with @DailyMirror @NewStatesman @jrf_uk and NWN's literature partners across the UK. Writing Chance is a new opportunity, open to new and aspiring storytellers from under-represented backgrounds. twitter.com/NewWritingNort…