A Cuckoo in the nest

Helen Nugent March 2, 2015 Northern Soul writes..., Restaurants & Cafes, Taste, We burn witches Comments Off on A Cuckoo in the nest

‘If angels cooked, they would make this.’ This is just one of the ways that, over the years, Northern Soul has described Mary-Ellen McTague’s food. Other compliments include ‘the higher echelons of gastronomy’, ‘that’s just mental’ and ‘totes amazeballs’. Suffice to say, we’re big fans.

Now the head chef has turned her hand to a pop-up offering in Prestwich, a hop, skip and a jump from her former premises at Aumbry (sadly no more). For a limited period (until the end of April), diners wishing to get their Mary-Ellen fix can visit Cuckoo, a charming café/bar in North Manchester. 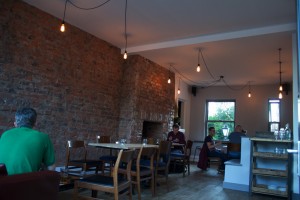 When it comes to pop-ups, Mary-Ellen has form. In the run-up to Christmas, she took over part of Teacup in Manchester’s Northern Quarter. 4244 was an instant hit and it’s rumoured that Mary-Ellen is currently scouting for a more permanent city centre venue.

In the meantime, there’s Cuckoo. If you’re familiar with Mary-Ellen’s fare then you’ll be pleased that some of the old favourites are on the menu, not least the lip-smackingly good beef dripping. If you have nothing else, have this. You’ll immediately be transported to Sunday roasts and afternoon snoozes. The Scotch eggs are back too, as well as the crackling and homemade fermented pickles. Grapefruit posset makes a welcome return too. Nom, nom, nom.

Small plates include home-smoked mackerel and roast celeriac with mustard cream and pickled beets, and rabbit terrine with truffled leeks. If you’re feeling proper hungry, there’s venison stew served with thyme and juniper dumplings, not to mention roast hake with champ and cockles. 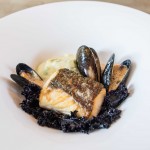 On the day I went, I was lucky enough to sample a tasting menu which, pretty much without exception, was top-notch. My only quibble was the Winter vegetable hot pot. If I’m paying more than a few quid for a warming dish, I want something substantially more substantial.

Having said that, I would unhesitatingly recommend Cuckoo. And do try the Cuckoo Ale, it’s sleek and and bit cheeky, not unlike its feathered counterpart. 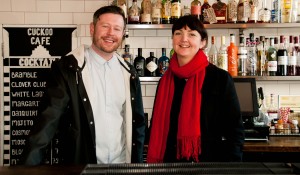