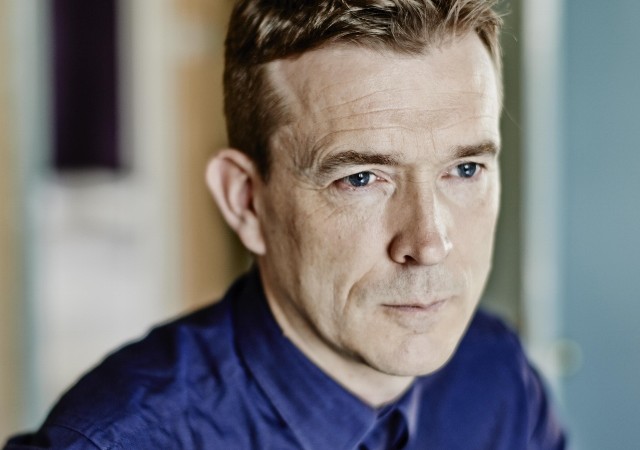 The word ‘epic’ is one of those overused words that publishers bring out for every book more than 500 pages long. But it’s easy to believe that this word was coined for the work of David Mitchell.

Many readers discovered him through the Booker-shortlisted bestsellers Number9Dream and Cloud Atlas, the latter of which was made into a film starring Tom Hanks and Halle Berry. Earlier this month, on a very wet and miserable evening at the Royal Northern College of Music in Manchester, a nervous looking Mitchell took to the stage to present his latest work, The Bone Clocks, to a sell-out audience.

The relationship between a reader and an author is a personal one, with no stadiums or cinemas to share your appreciation, so it’s always interesting to see the kind of crowd one of your favourite authors pulls in. On this November night, it was a mixed audience of all ages.

Mitchell opened by thanking the assembled crowd, event sponsors Waterstones and the Manchester Literature Festival, which instantly endeared him to everyone. A 15-minute reading from The Bone Clocks followed and by now Mitchell had the audience in the palm of his hand. When he left us hanging at a crucial point, a groan rippled throughout the room which he delighted in. “It took me ages to find a part to read,” he laughed. “I thought that was quite a good one. Welcome to my world.”

Throughout his career Mitchell has inhabited many worlds, from 18th Century Japan and a dystopian futuristic world to the life of a 13-year-old boy in Worcestershire in the 1980s.

The Bone Clocks is a genre-busting rollercoaster loosely described as a metaphysical thriller. Without giving too much away, we follow Holly Sykes from the 80s to present day and beyond as she becomes involved in a fight between two factions that threaten our future. But Mitchell doesn’t stop there: an examination of society’s relationship with mortality and growing old is at the core of the story. 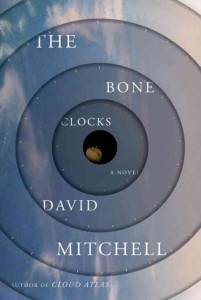 Mitchell explained: “Bone Clocks is my midlife crisis. Our culture doesn’t help us with death, we don’t look at it but banish people of a certain age, with perhaps the exception of Mary Berry or David Attenborough. I wanted to look at what each decade does to us, but then I hit a cliché wall. This has been done before. So I did it through the point of view of two groups of pseudo immortals.”

Perhaps the most distinctive thing about Mitchell’s style is his ability to meld very different short stories into one overriding arc. Mitchell laughs this off. “I go by writing novella, an optimum of 80 to 130 pages. My pigeon brain can’t take anymore. I then fit them together like Lego.”

Mitchell’s work has many crossovers with keen-eyed readers spotting previous characters reappearing, and even references to the very novel you are reading found among the pages. “I hide a model of the novel in the novel, it’s like a loyalty card stamp for attentive readers,” he admits.

The internet provides definitive guides of where favourite characters reappear within the world of Mitchell, a testament to his skilful characterisation. How does he get to know all these various roles?

“I get my major characters to write me a letter about their formative childhood experiences, other characters, the world of the book, class, money, ambition, sex, work. Writing it in their own language is crucial, choice of words is highly revealing and is the best means of delivering information about a character. It is an antidote to writer’s block, I usually get stuck because I don’t know my characters well enough.”

Not content with referencing current and past works, readers have noticed hints towards future books. Is this deliberate?

“When finishing a project, it is hell and you escape into the next project. It’s called Next Book Interference Syndrome,” explains Mitchell. “It’s like the end of a bad marriage and thinking of the next affair.”

Given his achievements, Mitchell could be forgiven for being egotistical, like the writer Crispin Hershey who dominates one of The Bone Clocks novellas. It’s refreshing to find he’s not.

“I have no idea if my books are any good, I hand them in and my editor takes three days to come back to me. It usually ruins the weekend, I’m on tenterhooks,” he says. “You’re immune to your own talent in the same way you can’t tickle yourself.”

As I left the RNCM, the queue snaking round the lobby waiting for books to be signed suggested that the literature-loving public have no resistance to his immense talent.