The Tapestry talk to Northern Soul 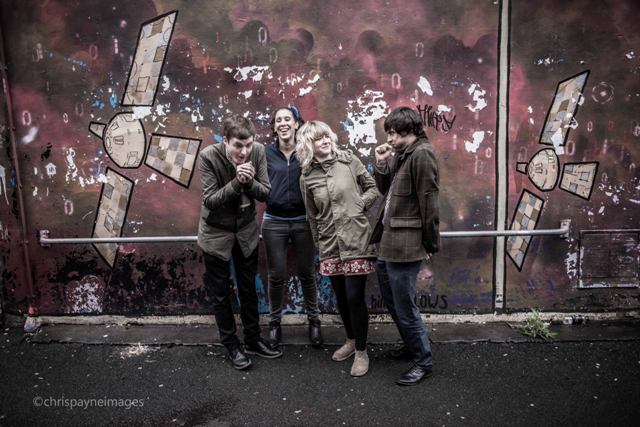 “They struck me squarely in the stomach and got my head nodding straight away with the kind of bass-heavy indie post-punk that pulses along somewhere between Franz Ferdinand and The Hives, while necks jerk and feet tap involuntarily.” This was how Northern Soul described The Tapestry after seeing them play at the Rambsbottom Festival earlier this year.

A few months down the line and the four-piece band from Tameside are sharing a stage with, among others, I Am Kloot, Tim Burgess and British Sea Power at this weekend’s Whisky Sessions. Winners of the Unsigned Band Competition for Manchester’s newest music festival, years of graft and gigging is finally starting to pay off for The Tapestry.

“We’ve been up and down the country, pretty much playing everywhere,” says singer and guitarist Liam Faherty. “We had a single out in April and that got good press and we’ve been gigging relentlessly. We all have full-time jobs. I work in a shitty office in Manchester. Actually, three of us work in offices in Manchester. We get called a Manchester band but we’re proud of our weird little town outside of Manchester and we always try to represent it.”

In point of fact, The Tapestry are based in Stalybridge (pronounced stay-lee-bridge), some eight miles east of Manchester and nestled at the foot of the Pennine Way. Some years ago, Faherty was in an earlier incarnation of the band with The Tapestry’s guitarist, later drafting in the two remaining members. And, in case you’re wondering, the choice of band name has nothing to do with Carole King’s seminal album or Tameside’s historic cotton industry.

“One of our first tunes was called The Tapestry and it was about the Bayeux Tapestry,” explains 30-year-old Faherty. “Then we booked our first gig and needed a name quick.” 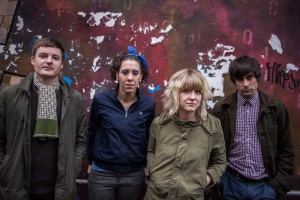 Currently unsigned, The Tapestry have been making waves in the North West music scene, including air play on BBC Introducing in Manchester and a loyal following at venues such as The Castle (a legendary John Peel interview with Ian Curtis took place here) and Gullivers in the Northern Quarter. But playing at the Ramsbottom Festival has been one of their best experiences.

“This year was our second time in a row at the Ramsbottom Festival. It was one of our favourites of the Summer. We also played the Isle of Wight Festival and Kendal Calling and they were both top, but Rammie was great. At the Rammie Festival, there are people who are more willing to check out unsigned bands. It was a top crowd, and it gave us a chance to play the main stage. And our guitarist brought both his kids along.”

He adds: “We’ve been playing as many gigs as we can muster what with working full-time, and we’ve been going for about three years. We toured with The Courteeners which was brilliant. We were playing big stages and The Courteeners were ace. It was soul-destroying coming back to work”.

The Tapestry write all their own songs (check them out on YouTube) and are self-financing. “The goal is to get a manager and a record deal.”

Despite doing everything on their own, they’ve recorded a number of singles and are embarking on a nationwide tour early next year (I’ve had a sneak preview of next single Infatuation and it’s awesome). Do check them out when tour dates are released next month (including a night at Manchester’s Band on the Wall). If you’re anything like Drew Savage, a member of the Northern Soul team who reviewed their gig at the Ramsbottom Festival, you’ll discover “one of the musically tightest yet most inventive bands” you’ve come across for ages.