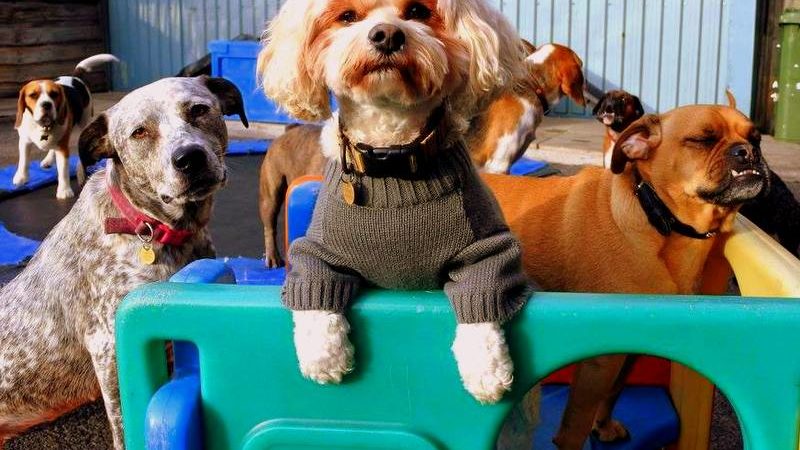 It’s a dog’s life, and a flaming well good one too.

Dogs have long been a family fixture but these days they rival their owners in terms of comfort and care. Our canine chums have their own swimming baths, grooming salons and clothing ranges. Owners even install ‘doggy cams’ in their homes so they can keep an eye on their pet at all hours.

In the 21st century, doggie day care centres are vital in allowing the most career-minded person to own a pooch without having to rely on neighbours during the day. At Swinton Dog Day Care Centre, pets enjoy play, companionship, food and naps a-plenty. To be honest, I’d be more than happy to enrol myself there.

Dog trainer and pet care specialist Karen Wood, who established the centre ten years ago, believes that our love of dogs and the demand for day care services goes hand in hand/paw.

“I think it’s a result of how we as people have changed. When I was younger, people just put their dogs outside for the bulk of the day. The dog would just roam around or go to a neighbour then wander back in at night time. You also had more people at home during the day back then. These days, everybody’s out at work. For dog lovers who aren’t lucky enough to be able to stay at home with their pets, day care is a convenient solution. It also helps dogs to socialise and exercise which saves them from needing to be taken out again at night.”

She continues: “Not every dog is suitable for day care though. Firstly, I have an in-depth phone call with owners about their dogs and why they want it to come in. Adult dogs then get an assessment where they’re introduced to non-reactive staff dogs to see how they greet and interact with them.” 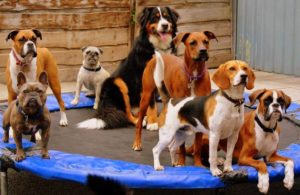 For many people, the desire to own a dog can override not only the practical elements involved but also the emotional. If you are out all day and can’t make alternative arrangements, Wood believes that it isn’t fair to have a pet only to leave it stuck indoors. “We get people ringing up saying their dog has been really destructive by the time they get home from work but that’s just a sign of boredom. If you were in a room with the same newspapers, the same view out the window – or no view at all – no phone or TV you’d be going out of your mind well before six o’clock.

“Dogs are the same and they look for something to occupy their minds, be it tearing off wallpaper or ransacking the contents of the room. You shouldn’t leave a dog on its own for hours on end, especially when they’re young.”

At the other end of the scale, there are the owners obsessed with their animals. I have a friend who adores her cat so much that if a truck was hurtling towards the pet and her husband and there was only time to save one of them, hubbie would be the loser very time. 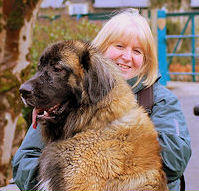 “People see their dogs as family more than ever,” says Wood. “People carry them around with them all the time and let them sleep in the bed. Before, they were just dogs but now to many owners they are their babies. We sometimes have people crying when they have to drop them off for the first time. The dog is not that bothered and ends up having a whale of a time while the owners are at work are worrying about them. We send them pictures during the day to show that all is well.”

The pictures are taken by a member of staff who keeps a camera around her neck all day. Many of the pictures are particularly glamorous. A case in point is Oscar, a Basset belonging to a couple of my friends. Adorable though he is, he normally resembles a low hanging sideboard with legs. In the day care photographs, however, he transforms into a canine Jerry Hall, lustrous lugholes billowing in the breeze.

“The owners love to see the pics and there’s even some non-owners who follow the dogs on our Facebook page,” Wood laughs. “For special occasions like Christmas or Easter, we do themed shots which take a lot of setting up, but everyone loves them, particularly the dogs.” 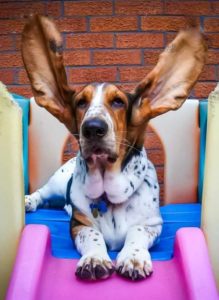 It seems as though there are no limits when it comes to caring for a dog, but I wonder if a dog can be too cosseted. Can you kill it with kindness?

“It depends on the dog’s genetic make-up,” says Wood. “People treat them in different ways. I’ve seen pictures where the dog sits at the table with the rest of the family eating off every plate. It’s also common in households where the dog gets to sleep in the bed, that if someone gets up to go to the toilet, the dog won’t let them back in bed because they don’t like being disturbed. Lots of dogs start to rule the roost and owners often just accept it.”

It is said that there are no such thing as bad dogs, just bad owners. According to Wood, it is more likely that the owners have no idea.

“Something acceptable to one person might not be to another. You can be walking to the local shop and somebody will just let their dog jump all over you saying, ‘oh they’re only playing’. Often owners don’t realise that some people are frightened to death of dogs. Another person might love it and interact with the dog, but you can’t just assume or force your animal on anyone.”

One of the most maligned of breeds is the Staffordshire bull terrier. Yet, they were recently voted Britain’s top dog in a TV poll. In Wood’s opinion, their fearsome reputation is completely unjustified. “If the wrong person gets hold of one and trains them in the wrong way then they become a weapon, but you could say that about most breeds. They’re actually a nice family dog and if you socialise them well you’ve got more chance of being bitten by a chihuahua than a staffy.” 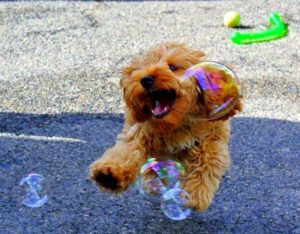 So where does our love of dogs go from here? Special restaurants for Rover? Pooch package holidays? It seems the sky’s the limit.

“You do get doggy hotels now. They are like very posh kennels where owners can board their dogs while away on holiday. A lot of people also hire in-house boarders rather than farm their dogs out somewhere new. Manchester has K9 Swim, a hydrotherapy centre which is great for dogs with mobility issues.”

Since time began, there has been one crucial question for domestic pet lovers. Cats or dogs?

“Dogs all the time,” says Wood. “You don’t have a cat, a cat has you. If someone else shows a cat some attention, it’s off. Dogs are far more loyal. They take a lot more work, but they give you so much back. You also get out in the fresh air and make friends when you have to walk a dog, meeting the same people on your usual route. People will often stop and ask about your dog and admire it. You always end up talking to somebody.”