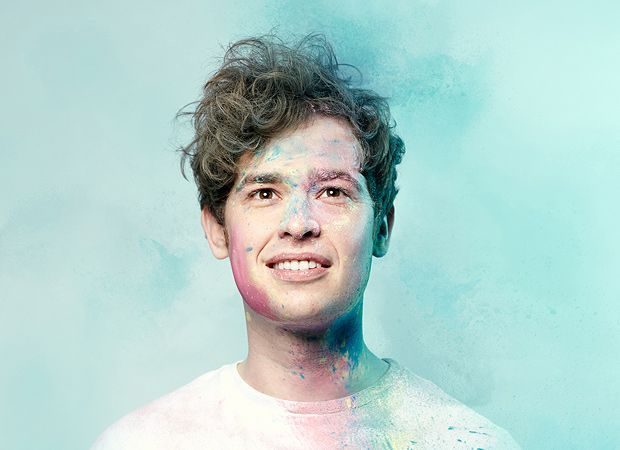 Manchester hasn’t been devoid of comedy this August, but there are a fair few local acts representing the city at the Edinburgh Fringe.

Funz and Gamez, a success story in 2014 and 2015 and a very wrong kids show, has spawned three solo shows this year from previous members of the cast. Phil Ellis, Will Duggan and James Meehan all performed solo shows – they’ve not fallen out, they’re just spending some time apart. Duggan has been presenting an hour of stand-up in the Pleasance Courtyard with A Man Gathering Fish while at the same time Meehan is at the Just the Tonic venue The Tron with Class Act about being working class in a largely middle class industry.

I popped in to see Ellis’s show Phil Ellis is Alone Together (But Mostly Alone), which finds him finally trying to shake off his obsession with his ex, Leanne. He piles up chairs to prevent anyone leaving the room, steals the fire extinguisher and then gets really desperate by attempting both suicide and improv. It’s typically flying-by-the-seat-of-his-pants stuff from Ellis but with a hint of pleasing structure. Great.

The big Manchester news of the Fringe is that Brennan Reece has been nominated for a lastminute.com Edinburgh Comedy Newcomer Award for his show Everglow at the Pleasance Courtyard, a moving yet consistently funny show about how, though he’s in his 20s, Reece still feels more like a boy than a man. The show takes a look at his family, not feeling like he’s grown up and keeping the childlike ‘everglow’ that his eight-year-old nephew possesses in such large amounts. With a minimal stage set and a lyrical delivery it’s theatrically presented and brings together material he has been honing on the local circuit for the past couple of years. It’s a beautiful, heartfelt moving show, that also takes a look at expectations placed on men by society while examining notions of masculinity.

Also at the Pleasance Courtyard is Bolton comedian Sophie Willan with a show that looks at her tumultuous upbringing with a heroin addict for a mother and a drama queen of a Gran. When she was 23, Willan was handed the files kept when she was in care in which it is stated that she was “rebellious defiant and rude”. In On Record, Willan sets out to reclaim those terms. Willan has been gathering momentum on the circuit leading up to this solo show and this is an impressive hour. Her characterisations breathe life into the oddball members of her family yet it’s also poignant, shocking and very funny. 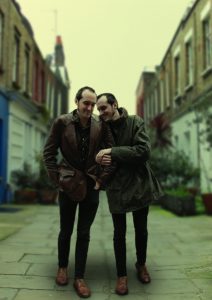 Meanwhile, there are Mancs, adopted and native, all over the Fringe – Meehan’s Gein’s Family Giftshop co-writer Kiri Pritchard McLean is also here with Hysterical Woman, Mike Newall is performing his solo show of stand-up High on Gravy, Michael J Dolan reveals his inherent evil in The Most Villainous Michael J Dolan, Pete Otway takes on a heavy topic in Six Years From Then, Danny Deegan explores his past year in Taller Than Jesus More Visible Than God, and Rachel Fairburn does a short run with Skulduggery. Harriet Dyer performs an idiosyncratic solo show We’d Prefer Someone A Bit More Mainstream as well as taking her monthly night about mental health Barking Tales on tour here too.

Talking of mental health, it’s something that Hayley Ellis is only too familiar with. FOMO (fear of missing out, for those not familiar with the acronym) is a great hour of stand-up exploring Ellis’s boyfriend’s lack of affection, being called all manner of pigeon puns by a 15-year-old and Facebook stalking a former work colleague. She’s also a regular on the local circuit and beyond and it’s easy to see why Ellis is such a popular stand-up. She has a lovely easy amiable presence so it’s a surprise to learn of her issues with anxiety. Into that exploration she weaves a solid hour of gags of how she’s managed to beat it almost into submission.

Elsewhere at the Fringe Justin Moorhouse jetted in part way through after presenting coverage of the Olympics in Brazil for DFS’s YouTube channel, and finally got down to People and Feelings. Red Redmond appeared as his even more flame haired sassy alter ego Scarlet SoHandsome introduces Fiends at the Mash House. Ian Fox, as well as presenting a show that showcases his photography and gags Pictures of Things That Make Me Laugh, is also running the late night Funny Cluckers show in the Free Festival which has seen plenty of performances from Moss Side’s Vince Atta.

Atta used to do straight stand-up but, in the last couple of years, he has incorporated his impressive music skills. Loopzilla sees him armed with a looper and a talent for beat boxing to create some incredible ear worms of comedy tunes. It’s a high energy, fun and unexpectedly poignant show with tunes that are guaranteed to stay with you long into the night.

Finally, Fallowfield’s Foxdog Studios are tucked away in Marchmont in the Cellar Monkey with an innovative idea for a show. Using their ample IT skills, they create a WiFi network, which the audience log on to – providing they have a smart phone of course. Creating a character for ourselves, we get to join in the narrative as we interact with the show on screen. In fact, it’s more than that, we are the show as guided by a guy with a box and two cameras strapped to his head and his glum nephew.

Something for all it seems.