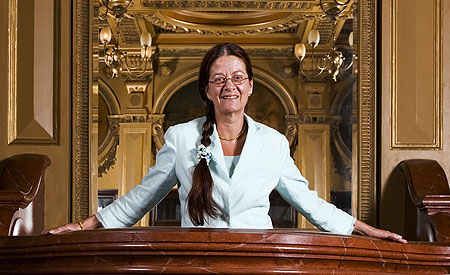 March is turning out to be a glorious abundance for opera-goers in Manchester.

Not only have we had an outstanding Opera North season at The Lowry (reviews to follow), there’s Benjamin Britten’s A Midsummer Night’s Dream at the RNCM to look forward to, as well the added bonus of two new productions of Rigoletto and Madama Butterfly at the Opera House on March 21 and 22. These last two shows are brought to us by the renowned producer Ellen Kent.

According to various reports, Kent was born in the middle of a Hindu-Muslim riot in Southern India, has an old cat called Mimi La Boheme and, at the height of her success, was pulling in crowds of 450,000 a year to her touring operas comprised of Eastern European companies. Earlier this month, I interviewed this remarkable woman to find out more. 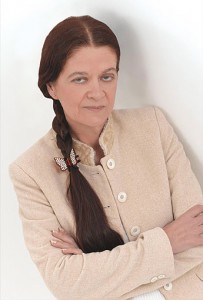 Robert Hamilton: I am intrigued to know how you got started in the opera-producing business?
Ellen Kent: It all happened by accident, everything in my life happens by accident, nothing is planned. Back in 1992 I was being funded by Medway City Council. They do the big festival in Rochester Castle, opera, music and so on. I was putting on European Children’s theatre and they were giving me some money towards this.

Anyway, they said to me ‘do you think you could bring over something foreign?’ Because you bring all of this foreign stuff over don’t you, Italy, Belgium France? So I said, ‘yes what are you looking for?’ They replied, could you do one of your shows in Rochester Castle Garden to 7,000 people? I said, well, we are currently touring seven French actors, 50 goldfish and two and a half tonnes of water, I am not sure that would go down well with 7,000 people in an outside gig. They said ‘oh what would you suggest?’ I could hear myself saying, opera might work. And all these councillors looked at me and nodded and said ‘oh yes good idea, come back with a plan’.

So I came back with a plan which was bringing back the Romanian National Opera with Nabucco and 200 people. That was the first. We took them to Rochester and did a massive sell-out, 7,000 people, press came down from London. It was absolutely brilliant. 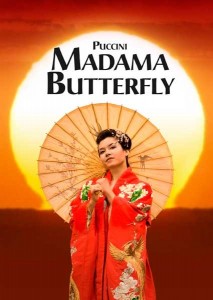 RH: How do you think your opera model differs from the established model?
EK: We don’t have millions of pounds of funding. Even in the days when we did get a lot of sponsorship, it was whittled away and we had to rest on our laurels and get people paying at the box office, so of course my remit was always to make it as popular as possible.

I am an ex-performer, I have been an actress, so I’ve got an idea of what works thematically and musically having been in musicals, rep and drama. And I knew what the standard benchmarks were so I took the populist approach – make my visuals and my shows as near to musical theatre as I could. There was a huge market there but a lot of people were frightened of going towards this, so I thought why don’t I balance it between opera and musical and then create an open new market, which I swear to God I did. Between then and now I must have played to five million people. 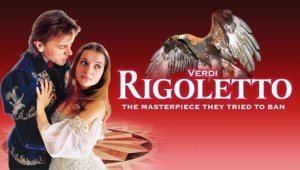 RH: How far do you think the current tour has been a success?
EK: Judging by the reviews, outstanding! If I could get as much money as my reviews are saying how wonderful I am I’d be a very happy woman. I read the reviews and people just think I’m the best thing since sliced bread, these are the critics.

But it is blood, sweat and tears, well it always is, but when you hit the road and the audience stand up and they give you a standing ovation, just for a little fleeting minute you think ‘this is why I do it’. And then you start looking at the finances again.

What: Rigoletto and Madama Butterfly