“It’s living with dementia, not retreating or suffering from it.” Every Third Minute, a festival of theatre, dementia and hope

Drew Tosh February 7, 2018 Arts, Theatre Comments Off on “It’s living with dementia, not retreating or suffering from it.” Every Third Minute, a festival of theatre, dementia and hope

Here’s a sobering thought. In under 10 years, it is estimated that more than a million people in the UK will be living with dementia.

But what is a life with dementia actually like? We regularly read stories from carers and medical practitioners but rarely hear directly from the person with the condition.

Now West Yorkshire Playhouse is helping to break through the barriers with Every Third Minute, a festival curated by people living with dementia. The first of its kind, the series features a range of performances, discussions and workshops. It opens with a new stage adaptation of Lisa Genova’s best-selling novel, Still Alice.

The project originated from the theatre’s successful community programme. Dementia research associate Nicky Taylor explains: “It developed organically from our work with older people. Some wouldn’t engage with our regular programme as much. With their guidance to show us what was possible, we eventually began dementia-friendly performances.

She continues: “After seeing everything the participants had to offer, it was the natural next step to ask them what stories they wanted to hear and give creative control. Some of the stories out there about people living with dementia weren’t doing justice to the complexity of the experience. It’s so multi-layered.” 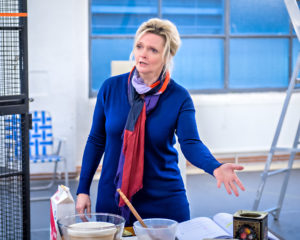 The festival’s title, Every Third Minute, refers to the fact that every three minutes, someone in the UK will begin to live with dementia. From the off, Taylor was impressed by how the curator group steered the course of the festival.

“They worked out the different approaches they wanted to take and the messages they wanted to put out there. We knew we had a great group of talented and creative people and it was important to find the best way to work with them so they could make decisions and be at the forefront of telling their stories.”

Stigma and misunderstanding surround dementia. Taylor believes that the benefits of freedom of creative expression should never be underestimated.

“Research on loneliness and dementia has shown it’s evidential that friendship circles fall away, and people become isolated. Our group has a got huge amount from just being listened to and asked questions. 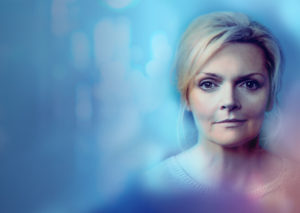 “The beauty of letting people be creative is that it’s about imagination. There’s no right or wrong so people can be who they are, free of judgement. It’s been so rewarding to see them thrive and grow in confidence. They’ve also all really bonded and there’s been a great sense of teamwork.”

She adds: “Ownership of the project has been really important. Our key curators have also been part of the design process. They’ve been handing the leaflets out with huge pride, sharing what they’ve done and the decisions they’ve made.”

One of the challenges of living with dementia is reduced memory function. It was important for Taylor to ensure that the right systems were in place to enable participants to contribute fully.

“We’ve been totally guided by their needs and comfort levels. We had to present information in a way that didn’t overwhelm and allowed time for them to respond. There was a lot of follow-up work following meetings because often people needed to go away and think about the things they wanted to say at the time. 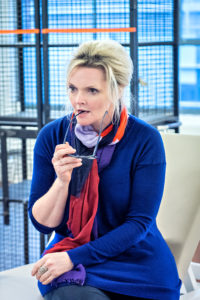 “We asked theatre companies to pitch their work via a short video so we could repeat view before we made a collective decision about whether it fit in with the festival. People needed time to process and feel connected to the work so they felt comfortable enough to make decisions and argue their case.”

Every Third Minute is billed as “a festival of theatre, dementia and hope”. Challenging perceptions of people living with dementia is significant to Taylor and the curators. “The language we use is very important. It’s living with dementia, not retreating or suffering from it. It’s supporting the notion that it is possible to live well with dementia. People can live a long life with the right support and understanding. It’s also great being able to highlight those moments of triumph when people find a coping strategy that works for them. They are still capable of so much.”

As the curating team’s confidence has grown, I wondered if Taylor has been surprised by any aspects of the process?

“It’s refreshing how frank people were willing to be about the things they didn’t like. I’m delighted we’ve been able to create a space safe enough to be honest about things. Any disagreements highlighted the fact that not everyone living with dementia wants the same things or feels the same way. People deal with it in different ways and their insights into their condition are very varied. That’s really important to note because we want to share the broadest possible experience of dementia. It’s not just one story.” 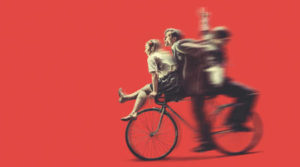 In a festival of many highlights, Taylor is particularly excited about one ground-breaking part of the programme.

“We have a trio of new plays, commissioned by West Yorkshire Playhouse, called Three. The pieces have been co-written by people living with dementia and professional writers.

“It’s a really exciting, unique experiment that’s never been done before. There’s a commitment from us to continue to value the talent of these people because they’re amazingly creative and have so much they can offer and teach us. I feel strongly that this shouldn’t be the end of that relationship. We’re already having conversations about what happens after the festival.” 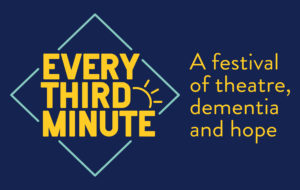