Comptoir Libanais nestles comfortably among Spanish and Thai fare in The Avenue, the fast-growing eating and drinking destination in Manchester’s Spinningfields. On weekend evenings it can resemble something that Hieronymus Bosch might have painted, especially in the run-up to Christmas. Thankfully, Helen Nugent, editor of Northern Soul, and I meet at the more sedate time of 12:30pm, as far from the madding crowd as we can get.

The restaurant is not overly busy, nor is it empty. I like that as it gives you space to breathe and converse without having to shout above the aforementioned crowds, and can I hear my thoughts echoed back at me. Perfect for the occasional leisurely lunches that the editor of this fine publication and I have to discuss the pressing issues of the day and any juicy gossip that might have fallen into our ‘did you hear’ inbox.

Comptoir Libanais is a chain of restaurants serving friendly Lebanese food to customers who otherwise might be put off by the otherness of the cuisine. Started in 2008 by London-based restaurateur, Tony Kitous, who said that he wanted to make Lebanese and Middle Eastern food as popular as other ethnic cookery on the British high street. He said that “there are some great ethnic restaurants in ethnic areas, but they’re not aimed at British people”. It’s his aim to break that mould and hit the mass market. 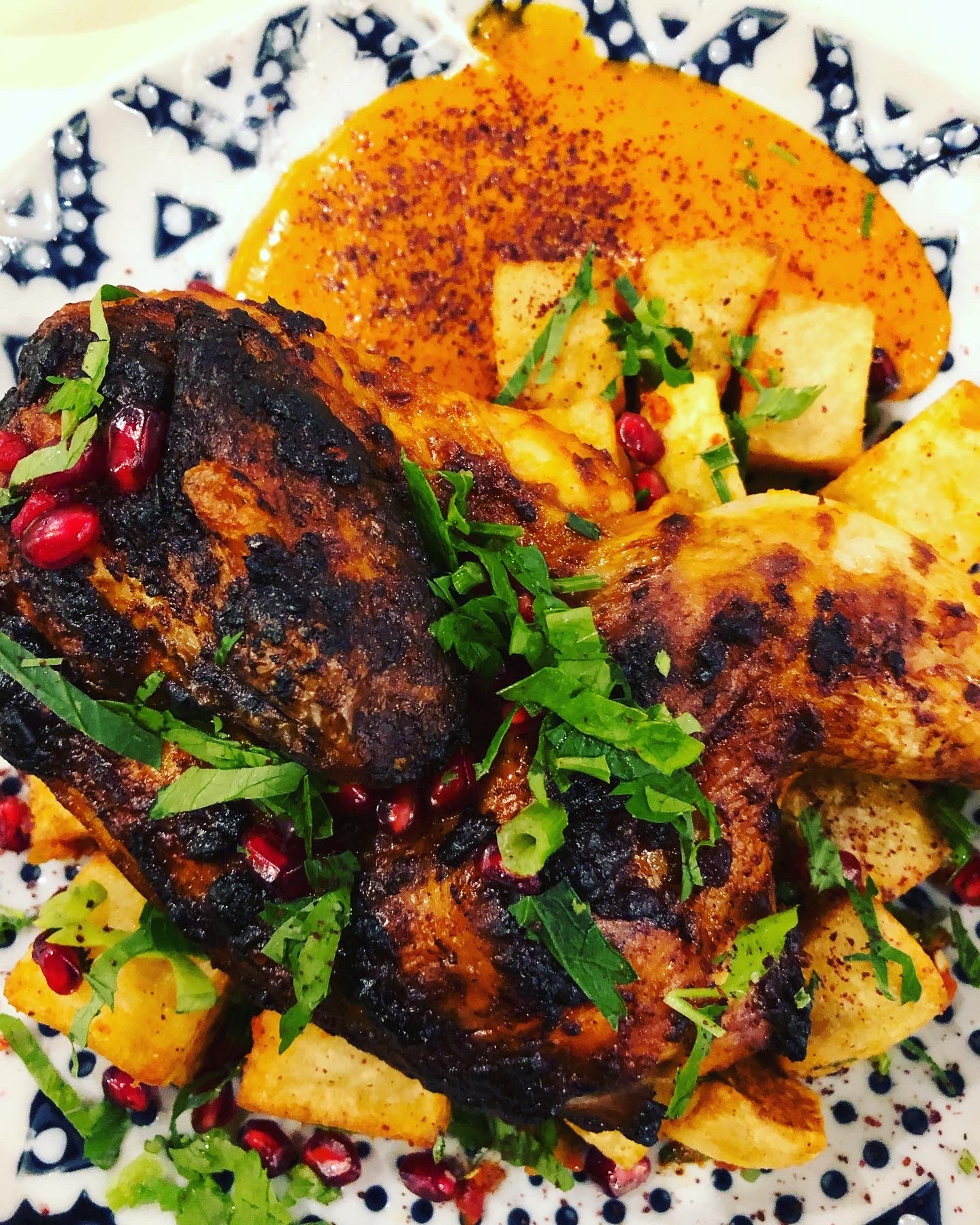 Part of that strategy is to offer a Christmas feast to draw in a wider clientele. With this in mind, Helen and I have been invited to sample the Christmas menu. It’s a short, concise fare offering four options for starters, mains and desserts. To revitalise my gin-soaked psyche, I order an Almaza Lebanese beer. I’m not hungover but I can only advise that if you are cooking a proper ragù sauce the night before that needs four hours simmering, do not lubricate the long cooking time with numerous G&Ts. Almaza is a light pilsner and up to the job that I have it engaged it to do. Helen, for her own reasons, does the same. 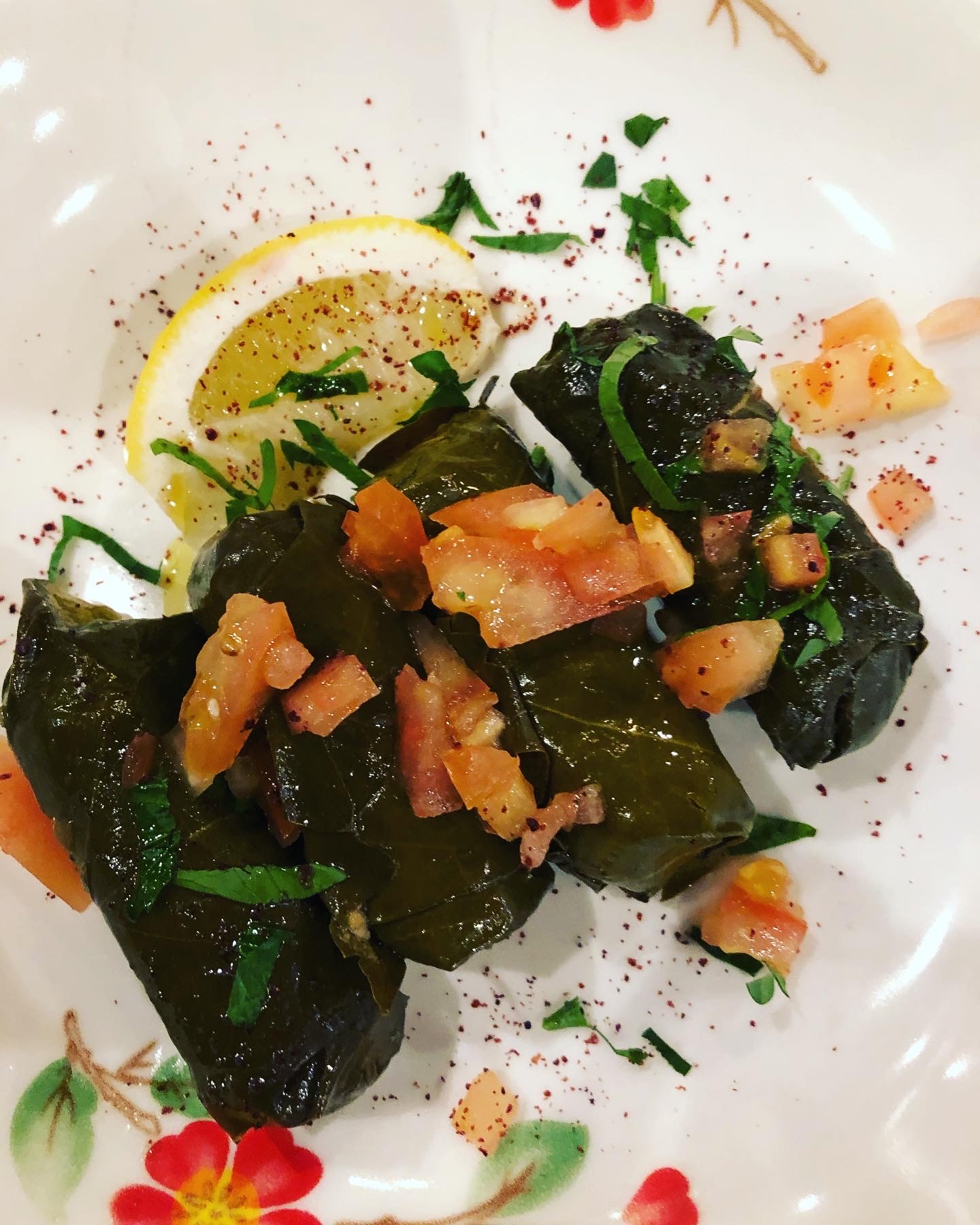 Margareta, our friendly and energetic server, brings all four starters as well as a meat-free Hummus for our recently vegetarianised editor to taste. They include Aubergine with Tahini, Harissa Spiced Chicken Hommos, Vine Leaves and Lamb Samboussek. The lamb sambousseks are small pastry parcels full of spiced minced lamb and are a favourite of mine. All the starters are declared to be, in its original meaning, moorish. While I can understand Kitous’s desire to cast a wider net and appeal to traditional British palates, I can always use a little more spice. They are comforting all the same.

We drink a likeable house white. It is a Clos St Alphonse from Lebanon’s oldest winery, Chateau Ksara, made especially for Comptoir Libanais. Helen, in keeping with her recent conversion, chooses an Aubergine and Feta Shakshuka for her main. It is a slow-cooked stew supported by mixed peppers, tomato, onion and garlic. My own is a tender half of chicken smothered in honey and harissa and blackened on a grill. It is moist and caramelised with a crisp skin. Small puffs of contentment can be heard in between mouthfuls. Almost full, we both manage a bowl of Rose Mouhalabia, a Lebanese milk pudding flavoured with rose water and topped with a berry compote. A sweet taste of the Lebanon to finish a satisfying meal. 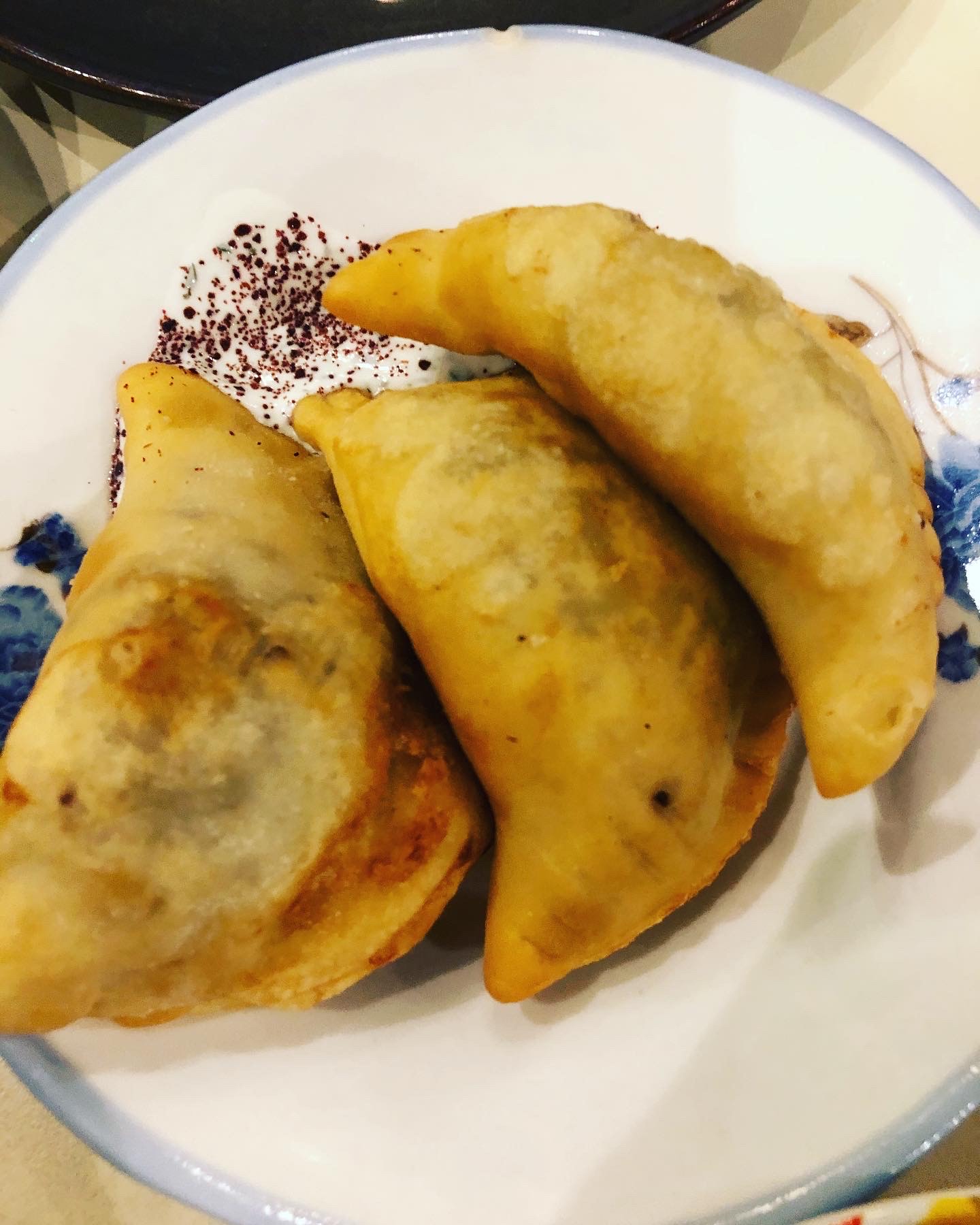 I reviewed Comptoir Libanais nearly two years ago, as Margareta so endearingly remembers. It is a testament to Kitous’s ambition that the food is consistently good as I remember and that the chain still survives in a competitive and cut-throat market. Long may it continue to bring exciting and different tastes to an increasingly insular British public.