One year down, two to go…student life in London

Isabel Webb June 3, 2016 Northern Soul writes... Comments Off on One year down, two to go…student life in London

I’ve officially finished my first year of university. The initial exams are behind me and the results are a looming source of anxiety that I’m pushing firmly to the back of my mind. First year has gone by at a ridiculous pace so it seems right to reflect a little, especially since I now have four months of free time to fill.

London’s population far exceeds the eight million mark and is continuing to grow. To put that into perspective, that’s the equivalent of four Manchesters.

Change the wording a little and you change the perspective – you see what attracted me to London in the first place, and what makes it feel homely enough to stay. London is made up of four Manchesters, each one containing as many boroughs and identities as my home city. When you live in London, you have a million Londons to choose from. Put Dalston or Shoreditch next to Chelsea or Marylebone and on the surface the only similar quality is the street signs. The city has too many characters and paths to count or follow, so you simply carve out your own. 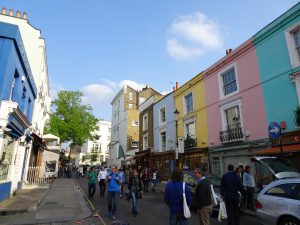 It’s tempting to walk past people on the street and forget that, as you’re rushing off to catch an exhibition at the V&A, they’re rushing in the opposite direction to a restaurant opening in Hoxton. The person sat next to you on the tube is on their way to work where they’ll serve duck and waffle at 40 floors up. Across the skyline, someone is teaching yoga in the Sky Garden and someone else is signing a multi-million pound deal in Canary Wharf. Of course any city could claim to be a microcosm of this, but when you live in the capital you get a sense of being one tiny cog in a very large and well-oiled machine.

Each day, there are enough events in London to fill a week in Manchester, which makes keeping up with the capital a full-time occupation. I recently went to the launch event for the upcoming Spirit Show, which – while niche and wonderful – is a perfect example of something that could have all too easily passed me by. Having just finished first year, I now have more than a month and half left to make the most of all that the capital has to offer. I’ve set myself the task of going to as many clubs as possible (so expect a blog on nightlife soon) and filling my brain with as much culture as London can throw at me. Oh, and as much food as my stomach can…well, stomach.

In other news, I’ve spent the last few weeks (besides the sizeable chunk spent on revision and exams) house-hunting. This is the main disparity between London universities and those in the rest of the country. While my friends from home were nervously choosing future flatmates and handing over a little too much of their student loan to landlords back in winter, I’ve only just found a place for second year in May. And, by London standards, even that is considered early. 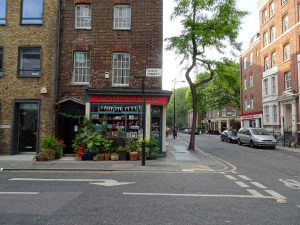 London properties pop up all the time, and often disappear off the market just as quickly. Our main challenge wasn’t finding a flat, it was finding one big enough for six people. Fallowfield, the stomping ground of choice for Manchester’s student population, has far more houses on offer than Camden, its London equivalent. You wouldn’t struggle to find a six-bed house on Egerton Road for around £90 a week. But Camden Road? There aren’t many begin with and, if you find one, you’re likely to pay at least twice as much as your Northern counterparts. It’s the sad truth that the price you pay for slightly grotty student digs in central London could get you a mansion a few miles out. The fact that our government loans are almost £3,000 short of covering a year’s rent doesn’t bear thinking about.

I still feel far too young to be thinking about guarantors and tenancy agreements and all the estate-agent jargon that gets thrown around when you rent a flat. It’s the same odd mixture of being completely ready and completely unprepared for the brink of adulthood that engulfed me when I left sixth form. Coincidentally, Facebook presented me with a time-hop of my last day of school the same day we handed over our deposits. Funny how things work out.