Football’s coming home…and the women are bringing it

The Lionesses’ fantastic semi-final victory over Sweden at a packed Bramall Lane means another year, another Wembley final for England. Dutch manager Sarina Wiegman has made a mockery of the ‘failed foreign England manager’ narrative in the men’s game, delivering an amazing record which once more leaves the country one game from glory.

There’s nothing like a home tournament to get the nation behind a team and this feels no different, with 11.3 million watching the 4-0 drubbing across BBC platforms. It seems that women’s football in this country is approaching a defining moment, carried on a wave of support for the Lionesses.

However, as we know waves can recede quickly, and recent history is littered with failed opportunities at the domestic level of various sports following a successful international tournament. There’s something different here though, almost like a movement may be starting.

Support for the women’s game has grown exponentially in the last few years with many of the big clubs up and down the country ploughing investment into teams operating under a new league structure. North West clubs alone had eight representatives in the England and Sweden starting 11s, plus substitute Russo who scored that cheeky back-heel. Six were Man City players while the aforementioned Russo plus keeper Earps and squad member Toone play for Man Utd. As it happens, United registered the top attendance of last season’s Women’s Super League with more than 20,000 turning up for a 3-1 win against Everton.

There’s no doubt that our region and the country as a whole is ripe for the women’s game to develop. This is a view seemingly shared by the FA and various governing bodies, who launched a three-year strategy last November setting out goals to produce and attract world-class talent, maximise and engage audiences, and grow commercial revenue and financial stability.

These initiatives need to filter down to grassroots level, ensuring all girls can play football at school. I’m sure there were plenty sat on sofas watching the match wishing they’d been allowed to play football as a youngster instead of being told it’s a boy’s game before being ushered to a hockey pitch to take out their frustration on somebody’s shins. It’s staggering that this is still the case in some areas.

There will always be those who bang on about a gap in quality, but when did that stop you watching your local team? If it does, you’re not a real fan of the sport.

Which brings us back to the England match and a tournament which has literally brought home the huge improvement in quality since many last watched a women’s match.

Before England exerted their dominance in the semi-final, there was real cut and thrust to proceedings. England tested the resolve of the Swedish left back through eventual goal scorer Beth Mead while Sweden threatened on the counter down their left with the attacking intent from Man City’s Lucy Bronze leaving gaps behind. It was great to watch. As were the goals when they came from Mead, Bronze, Russo and Kirby as Sweden folded. These players will be heroes to a legion of schoolgirls and now is the time to strike while the iron is hot. There’s enough divisiveness in this country, but the women’s game could easily be seen as a palette cleanser for the cynicism, contempt and greed which surrounds the men’s version of the sport.

In the meantime, expect viewing figures for the final to rise significantly and celebrations to be enjoyed without significant trouble.

We’ve seen national unity before with England teams but never with such a sense of inclusion. Given the times we currently live in, that’s worth a lot. Hopefully it’s the start of something special. 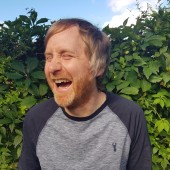 The Society of the Spectacles

Football: never mind the World Cup, where are the Northern clubs?