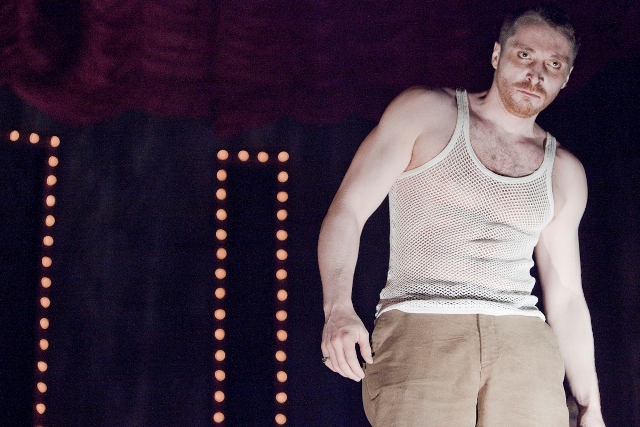 In any given situation, there’s a certain pressure and a weight of expectation that comes with being the first up to bat. In this instance, The Funfair is the first theatre production at HOME, Manchester’s shiny new arts venue.

It’s not actually a brand new play, but rather a reworking of Austro-Hungarian writer Ödön von Horváth’s celebrated 1932 play Kasimir und Karoline. However, it is the world première of this new version by Stockport-born playwright Simon Stephens.

It’s not a play that’s driven by incident. In fact, very little happens at all. As in von Horváth’s original, two young lovers, here renamed Cash and Caroline, break up during a night-time visit to a fairground and get mixed up with an assortment of different revellers. It should go without saying that, ultimately, this is a setting in which life is neither fun nor fair.

Technically, the staging is a triumph, often a feast for the eyes. There are several striking set-pieces, a sprawling cast and even a live band playing from an alcove within the scenery. But narrative and character are rendered largely irrelevant in a piece which leans heavily on Bertolt Brecht’s celebrated Verfremdungseffekt (though von Horváth was more of a contemporary of Brecht’s than a disciple). Live songs punctuate the piece and the stage directions are often spoken by a narrator figure (Tiny, played by James Lusted). The characters themselves are often mere ciphers, metaphors for sections of society – Cash and Caroline as the luckless downtrodden, and the money men represented by flash Billy Smoke (Ian Bartholemew) and David Spear (Christopher Wright). As one of the characters observes, the personal and the political are inseparable.

The trouble is, for all its undoubted good intentions, there isn’t a whole lot to engage with here. It’s all so laden with metaphor. It aims to be strong meat, and it does indeed pack the occasional punch, but it’s sledgehammer stuff. It’s intensely, relentlessly grim, with a parade of characters who are squalid no-hopers, all of them eminently corruptible, most of them harbouring misogynist or generally misanthropic views which they’re keen to spell out.

Stephens’ updating, nominally to modern day Manchester, doesn’t involve much in the way of references which could pin it to any particular time. Indeed, mostly the live band are playing the hits of the late 50s, giving the whole piece a vaguely Lynchian feel. The characters are also menaced by the literal, and decidedly 1930s, shadow of an airship. Obviously, there are weighty, cautionary parallels to be drawn between those times and our own. But again, it’s hard to get a handle on a piece which is so determined to remain timeless. 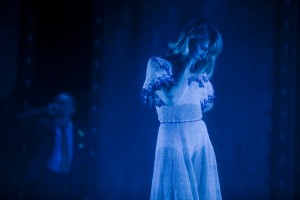 There are some very decent lead performances – Katie Moore as Caroline, Ben Batt as Cash and Ian Bartholomew as big boss Billy Smoke and, in particular, the deft, witty Rhodri Meilir as Caroline’s would-be suitor Chase. Indeed, the piece only really comes to life in those fleeting moments when the characters gather a head of steam. Too often, though, there’s a creeping feeling that the cast are enjoying themselves far more than the audience.

In all, it feels leaden when it could be fresh and invigorating. Hope and redemption are shown to be in numbingly short supply, and the whole piece is absolutely crying out for some brief flashes of leavening humour (it’s tricky to warm to a play in which the characters look into the skies and name the constellations within earshot of a rollercoaster without cracking a single Big Dipper joke).

The Funfair is a bold, sometimes spectacular show, and undoubtedly a statement of intent. But whether there’s real substance within the style is another matter. Ideally, for the sake of the occasion, this could have done with being a *cough* home run, but instead, to be honest, it’s a bit of a damp squib. 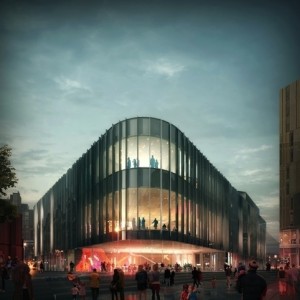