In a new regular feature, Northern Soul’s gamers consider the thorny issues besetting the video game industry. This month’s burning question…As hardware continues to improve, more developers are setting their games in large, open worlds. Is this a sign of quality or are we being weighed down by the sheer footprint of many of today’s games?

Despite being a self-professed junkie of the genre I have, for some time now, harboured growing concerns with open-world games and their increasing acreage.

There is no doubt that these titles prey on the compulsive tendencies lurking in many a gamer’s psyche – whether this manifests in the need to collect a complete set of armour, max out a specific character attribute, or craft a particularly potent weapon. When ploughing through quest after quest, the main story and overarching narrative often become an inconsequential side-line. The task of getting your gauntleted mitts on a set of magical boots – and bestowing your avatar with an extra one per cent chance of a critical hit against a mutant spider which stands in the way of the final piece of a map leading to an armourer where the whole cycle begins again – is far more important. When you spend a half hour of a precious evening spearing underwater creatures in Witcher 3 to grind up to the next character level, something has gone awry.

I know what you’re thinking and, yes, this issue probably says more about my personality than the game itself. But a key selling point of most open-world games can quickly become a constrictive 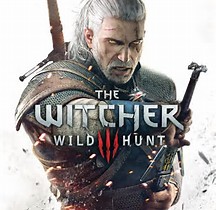 noose around the neck, often leading me and many others to remove the game from the drive, gasping for the oxygen provided by a more linear game.

There will always be room in my library for a quality open-world game, whether it be role playing, action adventure or first person shooter. However, such games leave very little room for other titles. For me, they are a striking but invasive weed, overshadowing smaller and more undeviating varieties, until you lose sight of anything other than those bloody magic boots.

I’m the first to admit I love a good sandbox game. Although not being online I’m coming at it from a single player perspective. The first proper one I played was Fallout 3. The moment I left the Vault and was released into the game world proper, I remember a feeling of awe and wonder I’d never felt before when playing a game. Today, however, some sandbox games can be fairly by-the-numbers. I think a lot of this is to do with marketing. After all, it always sounds like awesome marketing talk – go anywhere, do anything – but a key question developers sometimes overlook is ‘why should people bother?’ Modern gamers need more than gathering collectibles for the sake of it. 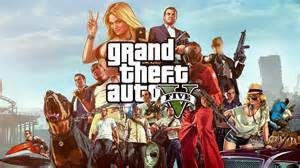 What makes a good open-world game is one that’s built purely to be open-world. It lays its foundation on the concept. A fantastic sandbox game is the Just Cause series, and everyone knows Grand Theft Auto. The reason they work and are so successful is because they’re not stories – they’re playgrounds. Just Cause has generic bad guys and forgettable supporting characters, and I’d wager at least half the players of GTA can’t remember a fraction of its story. But they’re amazing nonetheless, and that’s because the fun largely revolves around crashing big things into bigger things, and the resulting explosions. By the same token you can’t have a sandbox and a good story because by giving the player the freedom to wander between missions, you’re giving them the option to get distracted. As a result, the player completely forgets what the stakes are by the time they’ve arrived at checkpoint B, losing all dramatic tension.

That’s the same reason why sandbox horror games will never hit the mainstream. You can’t consistently maintain any sort of tension. I love sandbox games but a gripping title with a fascinating story will always occupy a different realm to even the most well-designed of open-worlds. I may be wrong but I’ll be very surprised if ever the twain shall meet.

Vast, open-game worlds are an inevitable consequence of the processing power that developers now have at their disposal, and I can understand why they are so popular.

Back when free-roaming was rarely possible and my game character was cursed to wander within tightly defined boundaries, I often used to scan the horizon and wish I could step off the path that was leading me to my boss-bashing destiny. Even when I felt I could explore where I pleased (as Link, for instance, in one of Nintendo’s wonderful Zelda games) I was still aware that the game was tapping its fingers waiting for me to take the next prescribed step, with the edge of the world never too far away. 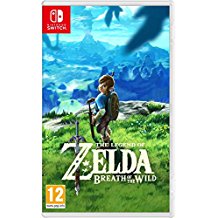 The urge to push at the horizon and expand the perception of possibility is therefore entirely understandable. But while we roam today’s rich, detailed environments and marvel at what clever coders can now achieve, the sense of participating in artfully conceived conundrums is often sadly lacking. It’s as if we have won worlds only to realise we were better off in chains.

There will be no stopping this bloating of the gaming environment. The history of technological development surely shows us that. But the gulf of expectation between those who are happy committing their lives to exploring these experiences, and those who simply want to enjoy a well-crafted game without becoming a passport-carrying citizen of its world, will grow ever wider.

As a result, I fear that the art of game design as we once understood it will become less relevant at the budget-busting, world-wallowing end of the market. Elegance and economy will be the stuff of dip-in-and-outable casual games with precious little in between.

And that’s a shame. Although I have to admit, losing myself in Grand Theft Auto V remains one of life’s great, if gratuitously gruesome, experiences. And I don’t mean playing the missions. I mean just being there, living free in that cod-Californian world, forgetting for a while that although I am indeed on the west coast, my actual ‘hood is suburban Liverpool and my crib has magnolia walls.

Open-world games have always intrigued me. The concept of ‘see that mountain in the distance?’ You can go there and decide if you climb the mountain, or run around it and straight to the boss. Still, the open-world sub-genre is thrown around a lot nowadays, with some games expertly handling them and populating vast worlds while others leave it empty, with no side missions or forge your own story aspects, which developers such as Bethesda use so masterfully in games like Fallout and The Elder Scrolls series. 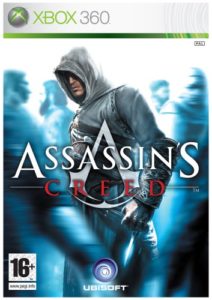 An empty world isn’t always bad though. In Fallout, you get the feeling that you’re exploring the post-apocalyptic wasteland the series is so famous for. So big yet so empty, and packed to the brim with genuinely enjoyable quests that keep you occupied throughout the journey. That feeling of emptiness literally surrounds and immerses you in the deep lore of the game.

Ubisoft, on the other hand, has a track record of badly handling open-world games. The Assassin’s Creed series is incredibly repetitive and quickly gets boring. If you were following a more direct path then the series could focus on what it does best: awesome parkour and action sequences instead of tedious trailing missions.

I love open-world games and how the genre has evolved from gimmicky to artful. I sceptically look forward to a future in them, especially with such titles as the newly released – and supposedly fantastic – The Legend of Zelda: Breath of The Wild.