Heartbreak Productions and the great outdoors 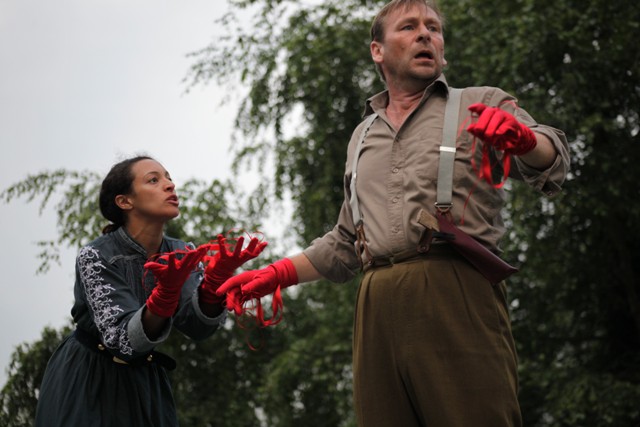 Northern Soul’s Rich Jevons talks to Heartbreak Productions’ artistic director Peter Mimmack about his move from acting to directing, his aims and intentions in setting up the company, the pros and cons of outdoor theatre, and the summer touring productions of Peter Pan and the Lost Boys, Macbeth and Pride and Prejudice.

“I started in Newcastle with the university’s theatrical society called NUTS,” Mimmack recalls. “And after I’d done a couple of plays I thought I’d quite fancy giving this a go. So I went down to London, trained to be an actor, did a bit of freelance work and then eventually set up my own company.”

So what was it that led to the leap from actor to director? “I’ve always been a bit of a control freak and I recognised in myself that I was an ideas person rather than just being a piece in the puzzle. So my creative side was more stretched by being a director than an actor. I played Shakespearean parts and various roles and realised that I was probably at the highest level that I was going to get as an actor, an okay jobbing actor.

“Also being in a company was so time-consuming and having kids as well being on tour is quite a difficult act to juggle. So I was struggling really to do everything at a reasonable level. I think you find your own position and I’m definitely a better director than I am an actor. I’m creative and imaginative and work in pictures so I feel as though directing is more for me.”

Mammick explains his aims and intentions for Heartbreak as down to wanting “plays to have heart in them and I think a good piece of work is something that makes you want to both laugh and cry. I do like pieces that make you think, that aren’t just entertainment.

“I’ve always wanted to challenge and educate people, to affect people and challenge how they perceive life perhaps and reflect on things. I’m really interested in relationships and how they work , that’s why the Heartbreak name exists, it’s about the trials and tribulations of human relations and drama is a great way of exploring that.”

Heartbreak has built up a reputation for some of the finest outdoor touring theatre in the UK. But what in particular appeals to Mammick about producing for the great outdoors?

“One of my second jobs was as an outdoor theatre practitioner and I fell in love with it as an idea. I think theatre is special and unique in its relationship between the audience and the actors. Outdoor theatre is a much better way of interacting, the fourth wall is already broken down and one of our main maxims is to do that even more, to try to make it a really interactive piece. That interaction is where theatre can be at its most powerful. It’s about getting people engaged rather than being spoken at.” 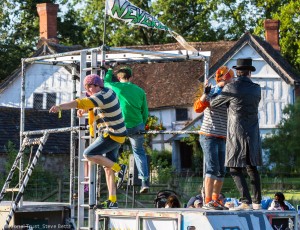 This year’s summer tour includes Peter Pan and The Lost Boys. The play begins in a skateboard park which is transmuted into Neverland. For an adaptation like this, Mimmack sees the importance of looking at “the themes and ideas behind what the original writer wrote. So J.M. Barrie was writing quite a lot about the Lost Boys and it seemed as though when he wrote it – and with his connection with Great Ormond Street Children’s Hospital – he wanted to connect with the kids.

“So in a modern context I wanted to focus on the Lost Boys as in kids without any parents. So the set became a skateboard park where these kids hang out and they dream and arrive at Neverland and then the actual fantasy takes over. The fantasy is quite faithful to the story, it’s just that instead of the Darling beginning being the main thrust, in our version Wendy is an outsider who comes to the skateboard park and then eventually becomes the mother figure for the Lost Boys. So it follows the traditional themes but coming from a different angle.”

Does the idea of eternal youth drive the narrative? “The thing with Peter Pan is that he doesn’t really want to be real, and in Neverland he has a constant set of adventures, but you can’t live a real life with a constant adrenaline rush. The Lost Boys are happy to go back to the Darling household and be adopted, whereas Peter wants to hang on to his fantastic life forever.” 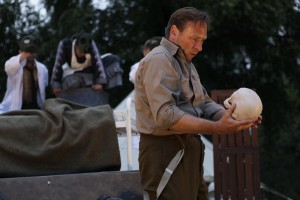 Also touring is a version of Macbeth set in a First World War rehabilitation hospital. Mimmack explains the rationale behind this.

“Firstly, it is the centenary of the First World War and I suppose I saw a parallel to it with the blood and guts of it all. But auxiliary hospitals had cropped up almost everywhere in the kind of stately homes and halls we were playing at for people who came back injured or were refugees. So it was really about the inmates doing Macbeth as a reflection of the war as a kind of therapy. And the First World War was a great outpouring of poetry and Macbeth is a great piece of dramatic poetry and there is a link here with how people recovered through artwork, gardening or photography as recuperation methods. We’ve encapsulated all of those into a telling of Macbeth.

Mimmack professes a love for Roman Polanski’s seminal film version but states that, for Heartbreak’s production, “rather than it being about supernatural witchcraft with three cackling witches round a cauldron it seemed more interesting to make it a coven of the mind seeing as how many soldiers were disturbed; it was the first time we came across post-traumatic stress disorder, although it was termed as shell shock in those days”.

The centenary of the First World War is not the only factor that makes the piece so timely given current events in Gaza, Iraq and Ukraine. “It is so tragic that when you look at the First World War and displacement, death and misery we just don’t seem to have moved on,” says Mimmack. “It brings home to you that while we don’t have war on our shores it’s just moved somewhere else.

“The phrase comes to mind: absolute power corrupts absolutely. Is it a corruption of the mind? Is it just the corruption of hanging on to power? It all interlinks whether it’s Stalin or Saddam Hussein. Macbeth was a dictator and the amount of dictators who still actually exist within the Middle East despite the Spring Uprising is alarming.

“The other main thing with Macbeth is that it’s all tied up with this lack of sleep: there’s just no peace once they’d committed that crime, and if we don’t get sleep we do go mad. That goes too for the view of the First World War that we have, of trenches being a place you couldn’t sleep.” 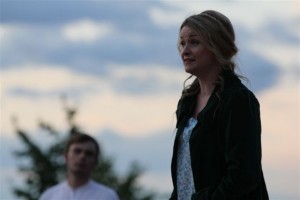 In stark contrast, Heartbreak is also touring an adaptation of Jane Austen’s Pride and Prejudice which Mimmack describes as “a gossipy rom-com that deals with a certain spectrum of society. Whereas Shakespeare deals with the lowest of the low to the highest of the high, Jane Austen deals with just the middle classes and above.

“The adaptation is very rich and very funny and again it’s taken from a different point of view. We’ve turned it round to give it a little bit of edge. We’ve got these characters from the Higher Education of Etiquette and Manners who make out that the Prince Regent is coming and make sure your manners are up to speed. So it starts off with a critique of the audience’s manners, how they picnic and all the rest of it.

“A lot of women say it’s one of their favourite books but not so many men, so there seems to be quite a male-female divide. But the beauty of the play is that it is succinctly written and gets to the heart of things very quickly and wittily and there is a real warmth felt by the audience.

“It’s about relationships as well as status and money and how one behaves and there’s something for those looking for romance or a bit of a laugh and people will recognise foibles that we all have. Jane Austen is great at picking these out and we all can enjoy that, that’s why we watch Big Brother.”

See Heartbreak Productions’ Pride and Prejudice on You Tube: 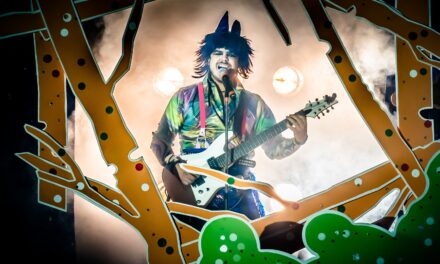 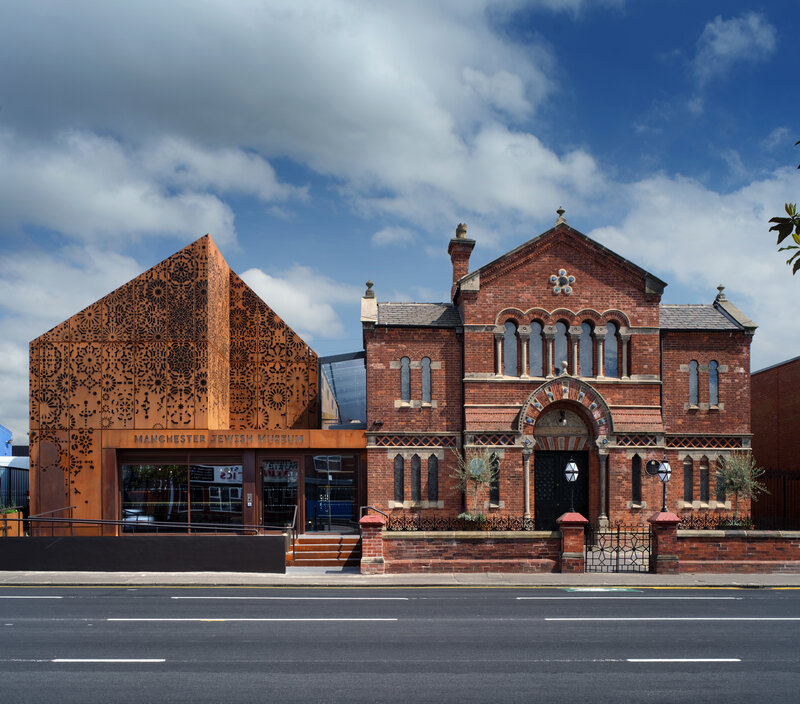 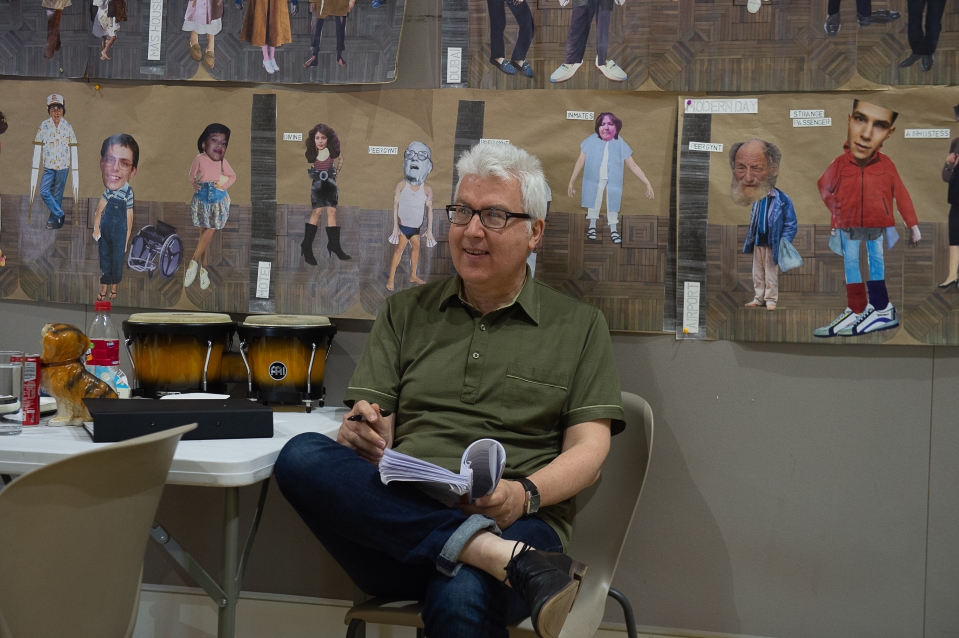 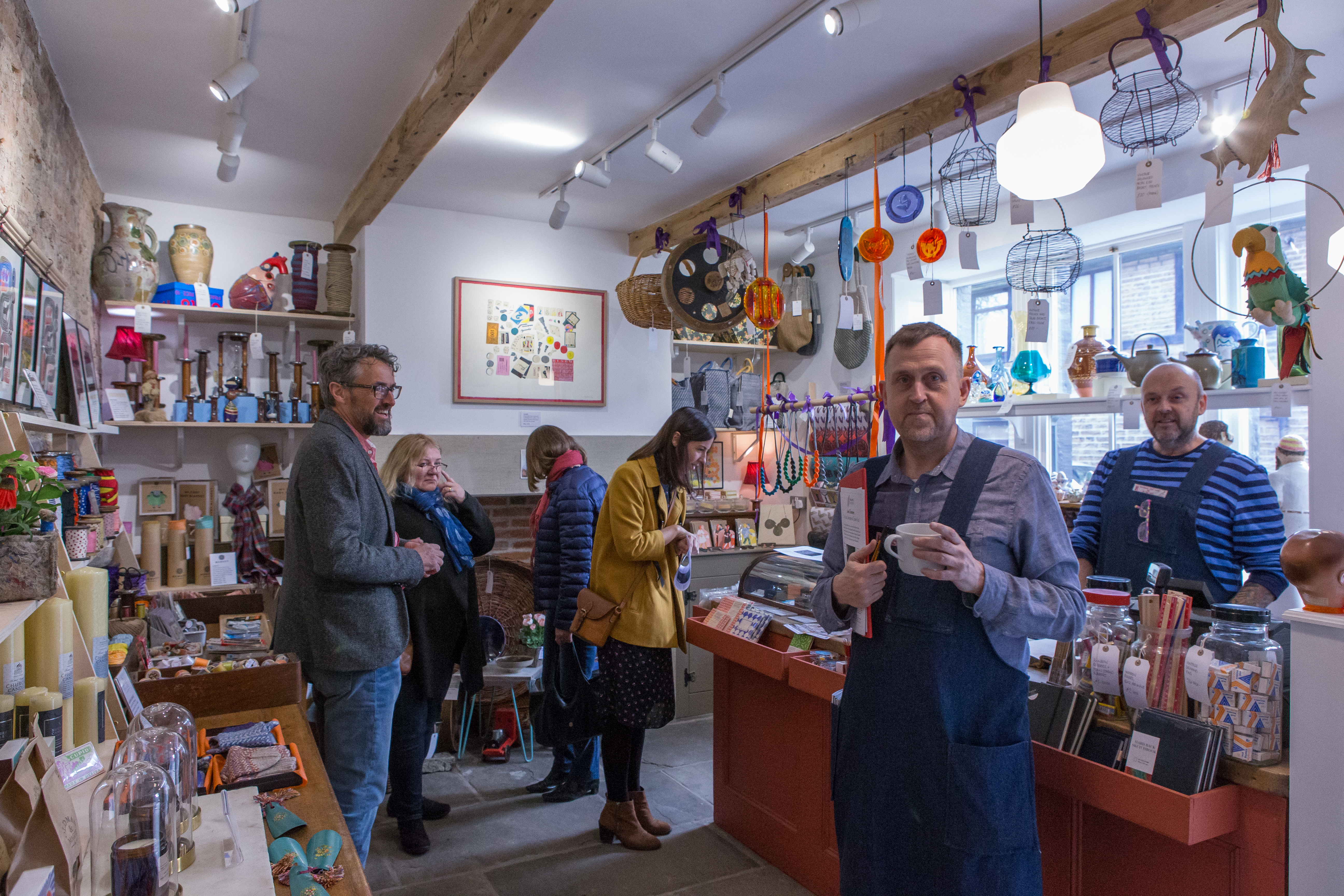