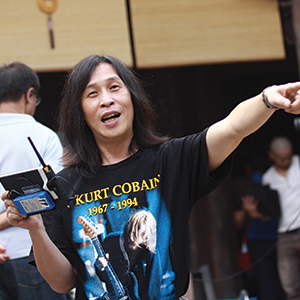 “It is a social medium that has artistry. And a means of powerful communication, too.”

This is Herman Yau talking about cinema. As a prolific and versatile director with more than 70 films under his belt, he knows whereof he speaks. Regarded as one of the greats, this Hong Kong auteur was in Manchester recently to attend the screening of his 2017 blood fest, The Sleep Curse, and Sara, a 2015 film about abuse and the sex trade, both shown at HOME. The occasion? The screening of a series of landmark films from 1997 to present day to mark the 20th anniversary of the handover of Hong Kong to China.

Yau’s films incorporate a wide range of genres and are always underpinned by a profound sense of technical talent as well as a social conscience. He has worked as a scriptwriter, producer and cinematographer, so his skill as a filmmaker is assured and deft. He is also intellectually and academically astute. In 2011, as well as making several films, he completed his doctoral thesis on censorship in Hong Kong cinema which is due to be published next year.

I wonder how Yau started his life in film, and who inspired him. He replies that before becoming a filmmaker, he “was a film fan and frequent [cinema] goer; it was my long-time hobby and film-making remains my hobby as well as my career”. He was attracted by cinema’s “power to provoke sympathy and empathy”. 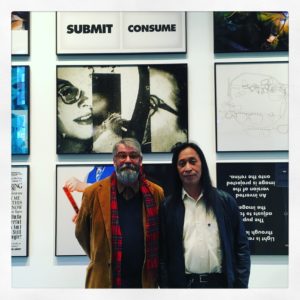 Yau admires the fecundity of Rainer Werner Fassbinder and the films of David Lynch but, first and foremost, sees himself a commercial director.

“I am not up to that level. I’m an opportunist. I secure a project and lock down my project by convincing the boss (the investors) that my movies can make can make them money.

He continues: “I tell the investors a mundane story, so I can secure the project, then make the movie I want.”

As well as Fassbinder, he is a great admirer of Jia Zhangke – an admiration I happen to share. Jia Zhangke is the great arthouse film auteur of mainland China and worth a Google.

“Fassbender and Jia Zhangke can sometimes make an art film that is also a commercial box office success. I would like to make a Zhangke or a Lynch. Now for ten years or more, I am in the autumn of my career, the market will eliminate some people, but I want to locate myself within the film industry. Do I want to make films for the intellectual audience or the general public?

“To confirm my location, in 2006. I went back to school to examine the value system that was in my heart a long time ago, and define film as mass communication. I know I care for the ordinary people more and I have no objection that some people target the intellectual people, but I choose the mass audience and popular films over art films.”

As the HOME film season was to mark the 20th anniversary of the handover, I ask Yau about his views on the tensions between Hong Kong and China.

“In the 1980s we were the most patriotic, we even joined the anti-Japanese campaigns,” he says. “I was one of the first Hong Kong filmmakers to work in China long before the popular co-production. People like me are safe in the film industry because they know our patriotic background. But now the tension is complicated because the people who manifest their patriotism just want the money.

“The Chinese Communist Party betray communism, and is the most capitalist, and those officials are the most corrupt. But they are very clever to control one billion people. The order is socialism and the economy is capital. The tension is because one side is not honest. The meaning of words has altered, and they are not genuine.” 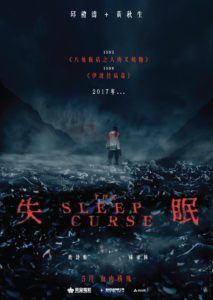 As our conversation draws to a close, I finish by asking Yau about his current projects. “I have a crime movie in post production. I am also working on a comedy about a family and about the housing problem in Hong Kong.”

True to himself, Herman Yau remains committed to making popular films, but with his social conscience ever present. It was a great honour and a real pleasure to welcome him to Manchester, if only for a flying visit.