How To Be A Northern Sports Fan

Paul Clarke December 22, 2013 Uncategorized Comments Off on How To Be A Northern Sports Fan 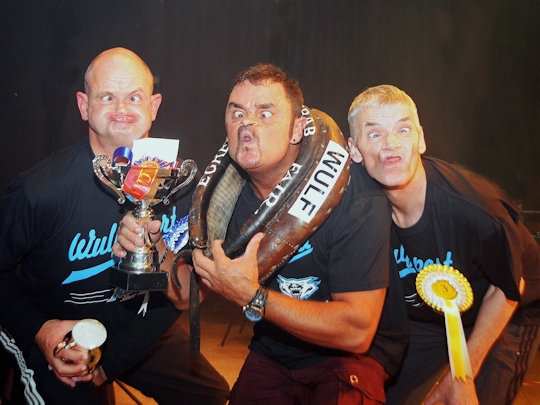 Since the first meeting of the Rugby League in 1895 at Huddersfield’s George Hotel, it’s fair to say that the physical wars of the average match have always made its Southern competitor Union look like the soft option.

No self-respecting Northerner wants to watch 16 public schoolboys fall on top of each other before another posho hoofs the ball into touch when you could be watching the massive hits and sheer athleticism of the true code that was born up here.

In fact, it is fair to say that being a Northern sports fan is much more fun than watching sport below the Watford Gap.  The reasons are pretty obvious.

Our creation is almost exclusively played in Lancashire, Cumbria and Yorkshire by men who used to come up from a shift down the pit to knock seven shades of crap out of each other for fun on a Sunday afternoon. The alternative is the inferior 15 man-a-side code with its home in a place called Twickenham.

Football derbies in London are most often between two grimy, anonymous suburbs of what I consider to be an over-rated city. Our derbies are between cities – and often families – divided right down the middle, only united by a malevolent hatred. So Manchester City fans will goad their Manchester United counterparts that their club is actually based in Trafford, and the Reds will taunt their sky blue rivals with a banner reminding them they didn’t win a trophy for decades. Throw in a collective hatred of Liverpool by every other team and derbies have a real spice up here. QPR v Chelsea just doesn’t have the same frisson.

Cheltenham may have the Gold Cup but we have the Grand National at Aintree. Before recent safety changes, horses would take on the toughest jump course in the world and the attrition rate was ghastly. Some might argue that it proved our equine beauties are tougher than Southern ones.

The World Gurning Championships are held every year at the Crab Fair in Egremont, Cumbria. There is no Southern equivalent of this contest that really tests an individual’s ability to pull a funny face. It’s tougher than it sounds: contestants stick their lower jaws out looking quite demented and those with dentures have a distinct advantage.

Another nutty Cumbrian ‘sport’. This is a bizarre contest between two grown men – usually sheep farmers down from the tops dressed in long-johns, embroidered vests and a velvet centre-piece over the top. God knows who thought it up, but the Essex version is two TOWIE wannabes rucking outside some godawful nightclub in Dagenham.

A cheeky lad off of a Manchester council estate who won world titles, went on massive benders between fights, lost the weight and won another title. Ricky won an army of loyal fans with his typically irrelevant Manc charm that stands in stark contrast to the likes of his Southern competitors.