“Lots of people have told me that it resonates with them, gay or straight,” says Rosie Wilby. “Relationships between humans are complicated and we don’t talk about them enough in real intelligent terms. It was important and heart-warming to feel ‘heard’ by the readers who have come back to me with lovely feedback.”

The Ormskirk-raised comedian has returned to her Northern roots to discuss her new book, Is Monogamy Dead? It’s a thought-provoking look at relationships in the 21st century, written from the perspective of a gay woman, and was born out of a trilogy of comedy shows which started in 2009 with The Science of Sex and continued with her most recent show, The Conscious Uncoupling.

The book stems from seeking a new idea to take to the Edinburgh Fringe festival. Wilby explains how it came about: “The comedy show was pretty difficult to write as it soon became apparent there were a lot of serious elements to a topic like monogamy. I felt I could only scratch the surface in an hour-long fringe show.

“It was really in 2014, when I recorded a Four Thought for Radio 4 based around my ideas of a new currency of commitment, that I thought there was enough content for a potential book. The producer, Giles Edwards, really pushed me to dig a little deeper than my early articles had done. That same year, I also entered a memoir about my music career into a Mslexia writing competition. Some bits of that memoir live on in the middle sections of Is Monogamy Dead?”

What comes across when reading the book is its honesty. No one has objected to Wilby detailing aspects of her past relationships but, given the candid nature of the book, she has offered anonymity to former partners.

“Sometimes I see those ex-partners and almost want to call them by their new fictional name,” she says. “The person I was particularly worried about is the one ex I don’t have a great on-going friendship with. I was wrestling with the ethics of writing about that relationship when I went to a writers’ retreat in Los Angeles last Summer. Our tutor, Sarah Schulman, said to me, ‘well, she can write her own book’.”

One relationship really stands out and that’s ‘Jen’. There’s a great deal of affection for her, and in many ways, she is the catalyst for the book and Wilby’s current research.

“’Jen’ is a good person. I’ve run everything past her. Though I think it’s been tricky at times for her to read things about a relationship she’s actually been in. She has a chapter towards the end where she gets her say. It was important to give her a platform.”

Wilby is a former musician and latterly a comedian, and at various time throughout the book she muses whether these career choices have been a contributory factor to the nature of her relationships.

“There is naturally something quite nomadic about a performer’s life,” she reflects “So perhaps it does lend itself to serial monogamy, a romantic restlessness.” However, she adds that her sexuality may have been more of a factor. “Being gay meant that I couldn’t really consider a conventional marriage and kids route. It simply wasn’t available. The irony is that, now that it is, I’m not sure I want it anyway. Or it feels a bit too late.”

Wilby questions whether writing this book was a good idea in light of her findings. That viewpoint has softened since publication.

“Well I guess the book has been emotionally challenging. And it’s a bit exhausting to do all this research and find there’s no ‘right answer’ about how to do relationships. But now I’m in a good new relationship, which has benefited in all kinds of ways from the work that I’ve put in on myself and my approach to love, sex and communication with a partner.”

Wilby is not finished with analysing relationships and has plans for other projects on a similar theme.

“I’m still touring the final part of the trilogy, which is all about break-ups. There’s a new project called The Breakup Monologues which involves other artists telling me their break-up stories. I will be publishing some of them on a blog and producing a podcast.” 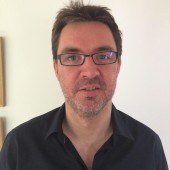 “It’s an unequal world.” Bettany Hughes on women in history, gender, and her love affair with Istanbul