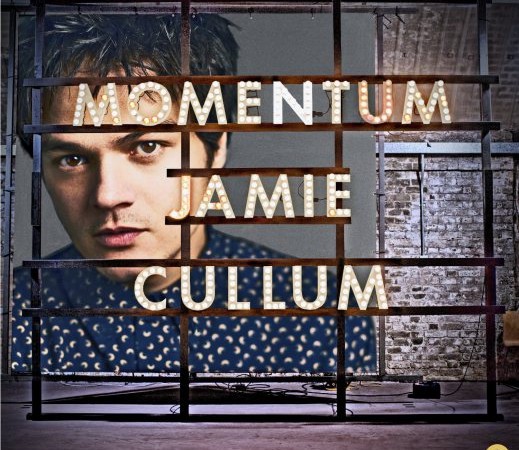 Jamie Cullum’s album Momentum is one of his strongest outings since the classic twentysomething. It was on the release of the latter that I saw Cullum live and was blown away by an intimate gig at Leeds’ top jazz club The Wardrobe.

This release confirmed Cullum’s status as a superbly talented singer-songwriter, pianist, arranger and all-round entertainer. As he is in his BBC 2 broadcasting role, he’s full to the brim with wild enthusiasm for jazz and blues but not ashamed of breaking into more pop music territory.

Momentum starts off with the wild drums of The Same Things which deals with coming into a position of responsibility (Cullum is now a family man with a three-year-old daughter) as opposed to a more youthful outlook. That’s not to say the energy is missing, the track really rocks.

One of the highpoints in an album of natural highs is Edge of Something, an anthemic piece which uses a full orchestra to give it that Bond theme quality. It’s feel-good stuff as is Everything You Didn’t Do, both of which encourage us not to regret the past but look forward to the future and maturity.

When I Get Famous is more of a jazz/blues number and imagines a kid at school being taunted – but replying with the riposte that they will all want to know him when he hit the big time (Cullum has certainly done that).

Cullum’s cover of Cole Porter’s Love for Sale features a rap from Roots Manuva and is in a dub style with deep reverb on the percussion which continues Cullum’s refusal to be bookmarked or categorised.

Pure Imagination is a slow and melancholic cover of the song from the film Charlie & the Chocolate Factory (originally sung by Gene Wilder) and invites the listener to “come with me and you’ll be in the world of pure imagination’. And yes, you can just drift off with this, carefree and into the ether.

The plaintive but by no means maudlin mood continues with Sad, Sad World, a simple and emotional love song to Cullum’s wife, while Take Me Out (of Myself) recalls the ‘crystal nights’ that could have been magical or trite depending on your point of view.

You’re Not the Only One is the most obvious pop track with a brilliant massive production and tells of the difficulty of making it in the music industry. The deluxe edition comes with Bjork’s Unison and the title track, a two-chord ballad on ‘the power you had in your twenties’.

Yes, twentysomething is a decade away, but Cullum’s output is stronger than ever. This is an album to treasure forever.