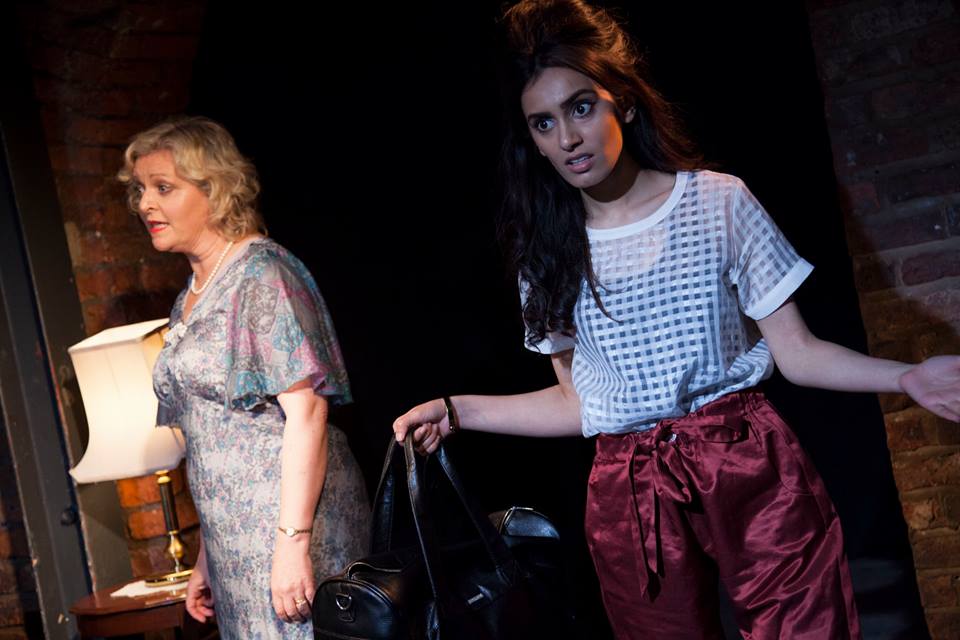 Over the last few years JB Shorts has established itself as a regular highlight on Manchester’s theatrical calendar.

Like most good ideas, it’s a pretty simple one, essentially to invite some of the best TV writers around to pen a 15-minute short play, team them up with some of the cream of local acting, directing and backstage talent, then present the whole package of six short plays at one of town’s, erm, funkier venues, downstairs at Joshua Brooks. No airs and graces, just talent, inventiveness and a punchy format.

The current JB Shorts 14 doesn’t mess with a winning formula although it seems to me that there might have been more of a serious air to the material than previously, which has often tended towards the comic.

Opener Emily, written by Andrew Lynch (Brookside etc) and directed by David Fleeshman, stars Fleeshman’s daughter Emily as Lena. Her chance meeting with drunken and boorish Janice (Alexandra Jay Jones) precipitates a crisis in her marriage to Gordon (former Steps person Lee Latchford-Evans) that doesn’t turn out quite as you might expect in a taut drama. With the arguable exception of its class-consciousness, it’s quite different from the piece that follows. 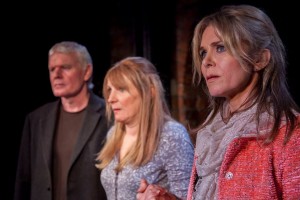 All Items of Value Have Been Removed by Corrie writer Perrie Balthazar and directed by Northern Soul’s very own Lucia Cox finds none other than Tony and Cherie Blair (Alastair Gilles and Rachel Priest) as well as David and Victoria Beckham (Darren John Langford and Edwina Lea) in various stages of psychic meltdown in a world that, except for England, has sold out to a huge private company. But the new President Castleford (Gracie Kelly) is trying to manipulate them all into getting a decent price for the knackered country. An intriguing satirical premise, it might benefit from a bit more room to breathe at some time in the future. 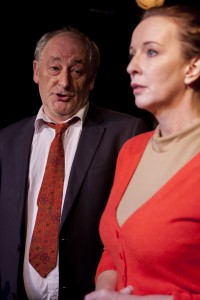 The Outing by Lindsay Williams, whose credits include Holby City and Oldham Coliseum’s terrific Dreamers, brought Nellie (Jeni Howarth Williams), Frank (Josh Moran) and Veronica (Julie Root) to the seaside and the first half to a close with a sombre and provocative meditation on forgiveness, memory and unjustly transferred guilt, directed by series regular Miranda Parker.

A swift ‘adult beverage’ later – we are in a boozer after all – and Sugared Armour by Cops-scribe Anita Pandolfo and directed by Paul Blinkhorn found three estranged siblings together in the relatives’ room of a High Dependency Unit. Their mum is the one who’s dying next door but it sometimes seems as if fussy Gemma (Jo Dakin), acid Annie (Victoria Scowcroft) and feckless Andy (Derek Hicks) are even less likely than her to survive the night, so acrimonious are their exchanges.

Heroine, penned by Peter Kerry, currently on the writing team for Emmerdale and directed by Caroline Clegg (a bit of a local heroine herself for her tireless work with Feelgood Theatre), takes a beady look at two points in history as young women running away from comfortable homes to join wars both think they’re fighting for just causes. It’s passionate and uncomfortable, two descriptions a more cavalier writer than myself might ascribe to Richard (Marlon Solomon), the male character in the evening’s final play Equal Shares. Written by Dave Simpson, one of JB Shorts’ founding members, and directed by Alyx Tole, who’s done sterling work at 24:7 and elsewhere, it finds the bigamous Richard on the horns of a dilemma after Joanne (Rachel Logan) and Claire (Eve Burley) discover they’ve been sharing his favours and opt to exact a painful vengeance. It’s precisely the sort of entertaining short piece that has helped cement JB Shorts’ reputation over the years and, thus, an entirely fitting close to another successful collection.

All photographs by Brainne Edge 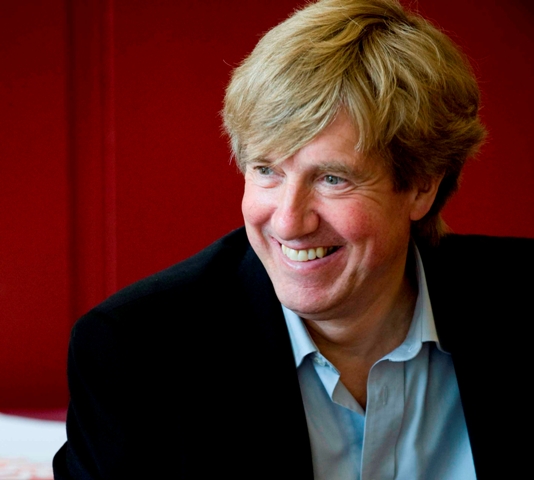 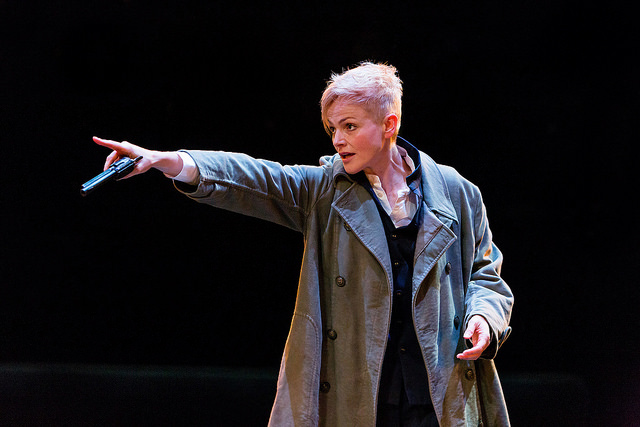 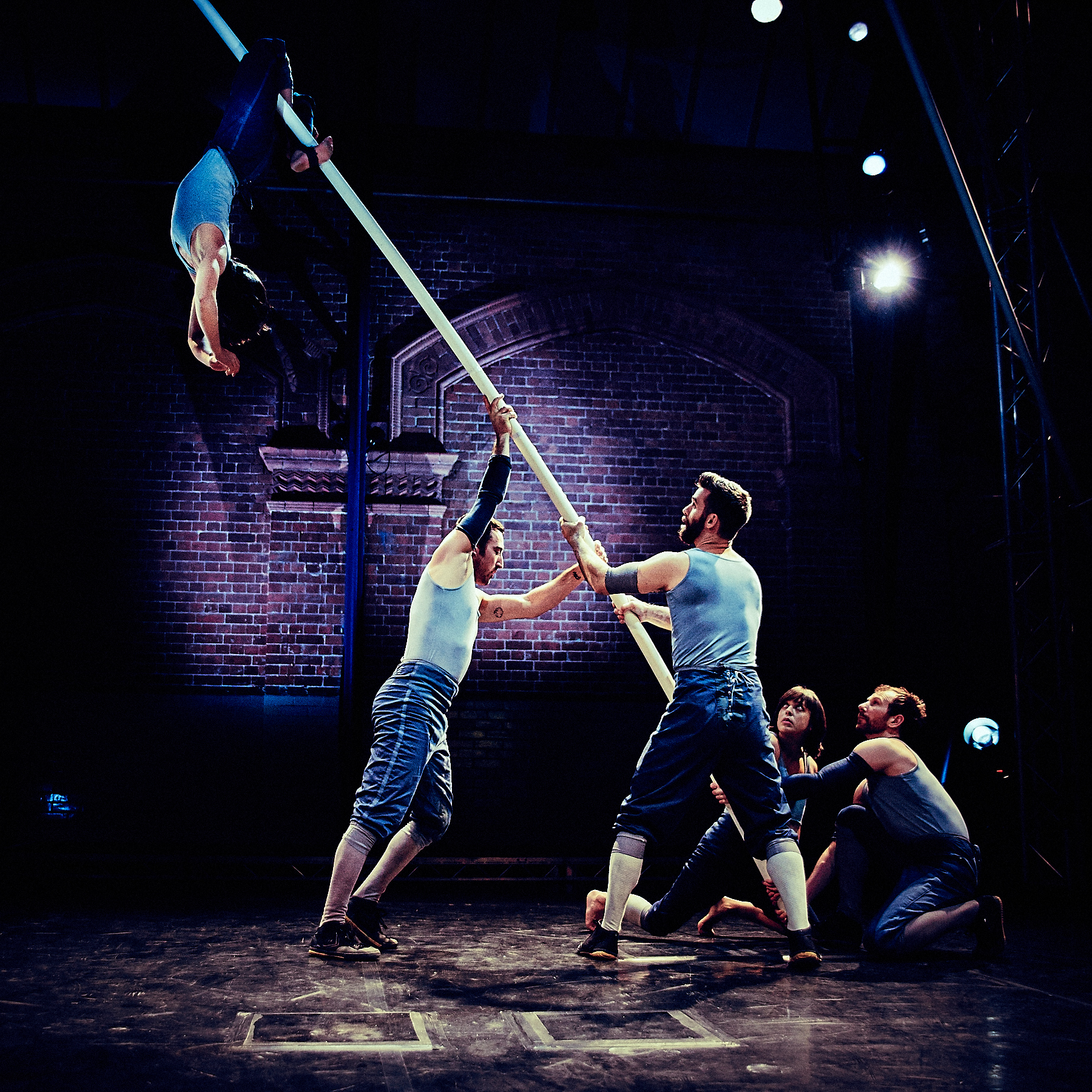