& Juliet: Miriam-Teak Lee talks about taking on the ultimate role

It’s by no means impossible that you’ve never heard the name Max Martin.

So you might well be as astonished as I was to learn that the Swedish songwriter and record producer is currently the writer who has amassed the third highest total of number one singles on the Billboard Hot 100 chart, behind only Paul McCartney and John Lennon. Moreover, he rates as the second most successful producer of Hot 100 number one singles, only one behind George Martin who had achieved 23 by the time of his death. Now, I’ll wager that the notion of a musical based around Max Martin’s three decades of hit songs for the likes of Britney Spears, Ariana Grande, Backstreet Boys, Ellie Goulding, Katy Perry, Pink, Justin Timberlake, Ed Sheeran and Justin Bieber (even Bon Jovi) plus many more might suddenly start to make a bit more sense.

But the brand-new musical & Juliet, premiering next week at Manchester’s Opera House before transferring to London’s West End, has more than a whole load of modern pop hits up its ruff sleeve as the ‘Juliet’ in question is half of one of the most famously star-crossed romantic couples in history, Romeo & Juliet. Significantly, the show is subtitled Her Musical as it’s based on the radical premise that Juliet’s famous demise, as penned by Mr Shakespeare, was just the beginning of her story.

“We know how the ending is supposed to go but in this production we wonder what would happen if Juliet doesn’t kill herself and instead runs off to Paris with Nurse and her best friends on a whirlwind trip of romance and self-discovery. You know, like a normal young woman,” says musical theatre actress Miriam-Teak Lee who takes up the role of Juliet in the wake of starring in the award-winning shows Hamilton and On The Town.

“Our show starts with Shakespeare telling his fellow actors the ending to his new play Romeo & Juliet. But Shakespeare’s wife Anne Hathaway questions that ‘Juliet is still young and has her whole life ahead of her, so why would she kill herself because of one boyfriend?’, taking the quill from Shakespeare and leading us in a new narrative. As she begins to write, we see Juliet at Romeo’s tomb, distraught and contemplating the dagger, although she just knows that this final path isn’t it for her, that there must be something else for her destiny. As she looks up to the stars to ‘give her a sign’, Baby One More Time is Juliet’s first song, and I love it. 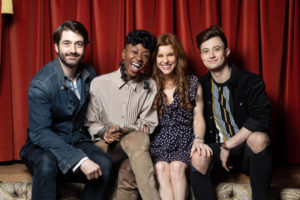 “With all musicals, songs are used at the point where speaking is no longer enough. You can’t express what you are trying to say so you take it into a different forum, that being music. These are songs that we think we know so well done in a completely different way and able to take on a totally different meaning.”

But she thinks the show promises to be more than just another jukebox musical with hit songs grafted onto a flimsy storyline.

“It’s really a story of empowerment,” she insists. “I genuinely believe that Juliet has always had strength but that isn’t necessarily explored in depth in the original Romeo & Juliet, so it is amazing to be able to tell a story that puts a magnifying glass on Juliet’s inner power and journey to self discovery.”

She continues “I think our version of the story really is about finding love within yourself which I think is just so important especially in this day and age with the social media era that we’re in and how many people look to others to find the love they are unable to find within. I think it’s so great that we can bring that message of finding your power within yourself to other people. Working on Hamilton and On The Town has taught me that the power of whatever you feel on that stage is whatever the audience feel, so never deprive them of the truth.”

Over the ages, Romeo & Juliet has been remade many times and often brilliantly reimagined as a musical, most notably with West Side Story and Baz Luhrmann’s film version.

This is a little different, of course, but doesn’t she find that weight of expectation a little daunting? 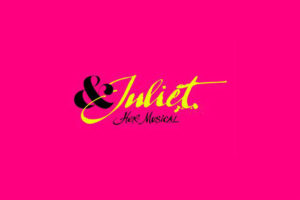 “At first, yes. I thought ‘this is really huge how am I going to do this?’ But then I realised that in originating the role within this new piece I don’t have to live up to anything else and I have an opportunity to breathe new life into who she is. Taking what we already know about Juliet onto a brand new journey actually feels amazing, so it’s definitely excitement I’m feeling to play such a strong character rather than pressure.

“It’s important that young girls have someone to look up to, to be influenced by. I feel that Juliet could really be the inspiration that they need to know that they can do anything they put their mind to, that they can be in the driving seat of their own life and that there is no limit to their greatness.” 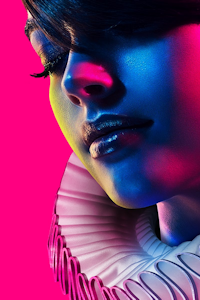