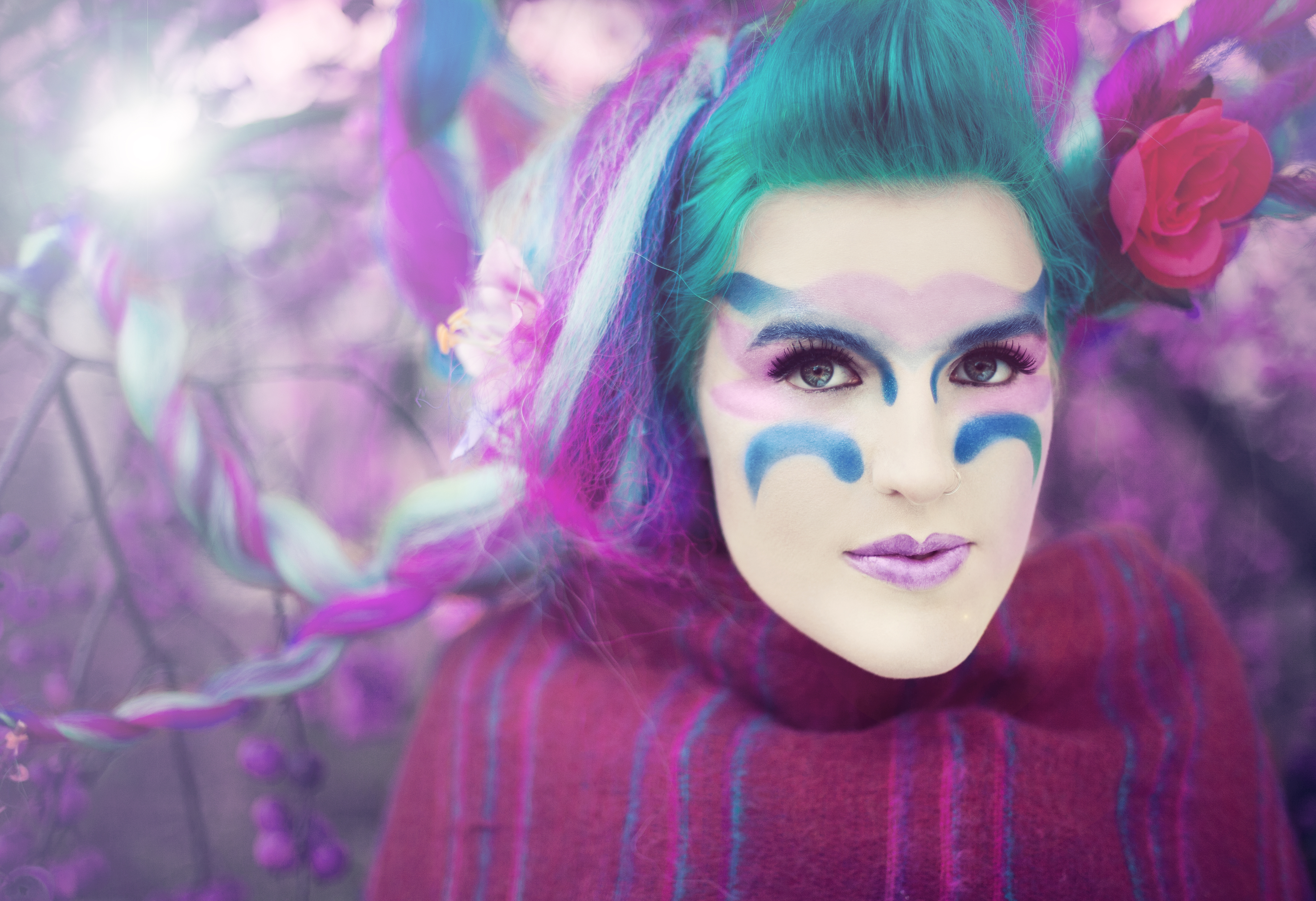 Folk music used to be the preserve of blokes in Arran jumpers singing tales of woes and recounting disasters down t’pit. Now a new generation of female singers like Lucy Ward have made the genre relevant again.

Still only 23 and a mere two albums into her career, Derby’s finest is in the running for the coveted BBC2 Folk Singer of the Year in what is for the first time an all-female shortlist.

“It’s completely unbelievable I could be up for the biggest award as I didn’t imagine that I would be for that award just two years after winning best newcomer,” laughs Ward. “As you can imagine I am completely over the moon to be considered alongside such great singers so, yeah, it’s a good place to be.

“My album Single Flame came out in the summer, once again produced by Stu Hanna, and I couldn’t believe how well that was received and I was so lucky it was listed as number two in Mojo’s folk albums of the year. Everybody on the folk scene works extremely hard but I have had an exceptionally busy year touring all over the country and branching out into Canada. I’ve been to Holland and Belgium so the judges obviously see the following I’m starting to get.”

Her debut Adelphi Has To Fly leaned towards traditional songs as her peers voted Ward Newcomer of the Year at the Folk Awards but her second album is a much more sophisticated beast.

“I’ll take that. This album has been brewing since before the first album in that it is probably the record I’d have made then if I had known how to articulate what I wanted it to sound like. I’ve gone into the studio two years later with a lot more confidence in that I know how it should sound and knowing the lingo of what to say. There’s a lot more original songs and less traditional stuff which wasn’t a decision, I just wanted songs that were right for the record.

“The second album for a solo artist is an opportunity to branch out and have arrangements that would have been completely incongruous on my first album with a string quartet and drum kit and then just turn up to a folk club on my own. I’ve laid that down now and this is an opportunity to do something bigger and special so it has been exciting to see it grow.”

English folk has always been rooted in the oral storytelling tradition of death on the high seas with some politics thrown in, so it is no surprise to see Ward dipping her toe in with the acerbic For The Dead Men.

“I’m not the most prolific songwriter, truth be told, and like everything else I write about what is around me and smatterings of conversation,” admits Ward. “I wrote that song just after the new government came in and at the time the whole country was in protest whether it be the hike in uni fees, the NHS reforms or welfare reform. And there was just something so inspiring about people being on the streets standing up for what they believe in.

“I released that as a single back then as I thought the moment would pass and two years later it has made it on the record.  It’s now more of a rallying cry and I think I would call it a protest song rather than a political song as it does not point the finger, it’s just about celebrating those people who stand up.” 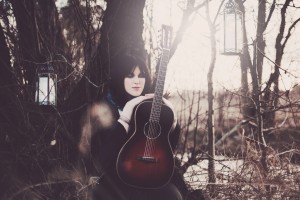 There is a definite link between that song and one of her earlier songs, Alice In the Bacon Box, which tells the story of a Derbyshire woman who fell on hard times and ended up living in a bacon box donated by a sympathetic butcher.

“I’d not thought of it like that but it’s just stories about people and their situation in tough times. That’s what the traditional song writing was about and I wrote Alice which was a very personal account of the time she lived in. Maybe For Dead Men is a wider, more modern look at what is happening in the whole world but it’s all cut from the same cloth as they are songs about people and place which is the folk music that I like and I hope to write and produce.”

Ward is a natural and warm performer, effortlessly combining grim tales with comedy that could make her a fortune on the stand-up circuit.

“There are different schools of how people perform so some do that magnetic musician thing and it’s sometimes just enough to say thank you at the end of a song,” notes Ward. “I feel like in these times when money is tighter that if people have chosen to spend their hard earned cash to listen to my miserable music that the least I can do is make them laugh and cheer them up. The album is the opportunity to do it for art in inverted commas and gigs are in my opinion about entertaining your audience. I want to give them a blend of joy, laugher and all sorts mixed in.”

Ward is about to launch a new folk supergroup featuring some of the best young talent in English folk. Should we imagine Fairport meets Blind Faith?

“Not quite, as it will still be my music, but for five years I’ve doing this as my main job treading the boards as a solo act and the response has been overwhelming. I think I’ve reached a point where I don’t have enough arms to play the music I’ve arranged that you can hear on the album, so I wanted to be able to create a live experience with my music that was atmospheric and dramatic with all the instruments available.

“I’ll still be playing intimate gigs but I want to let people know Lucy Ward will be coming out with this band of amazing musicians including Heidi Titlow, Belinda O’Hooley and Steve MacLachlan from The Willows.” 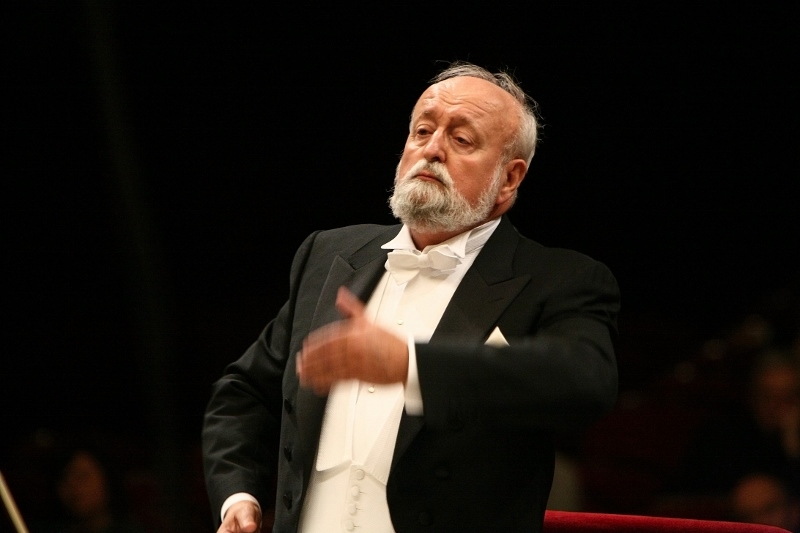 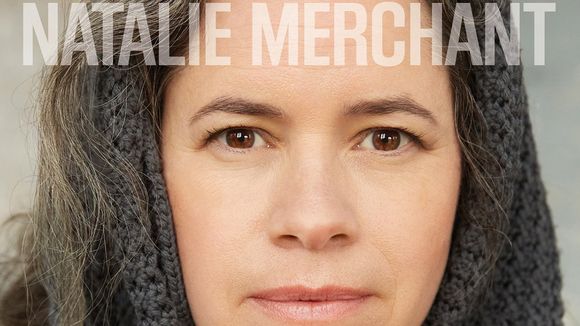