Step up to the mic: Leaf opens its door to Manchester’s singer/songwriters 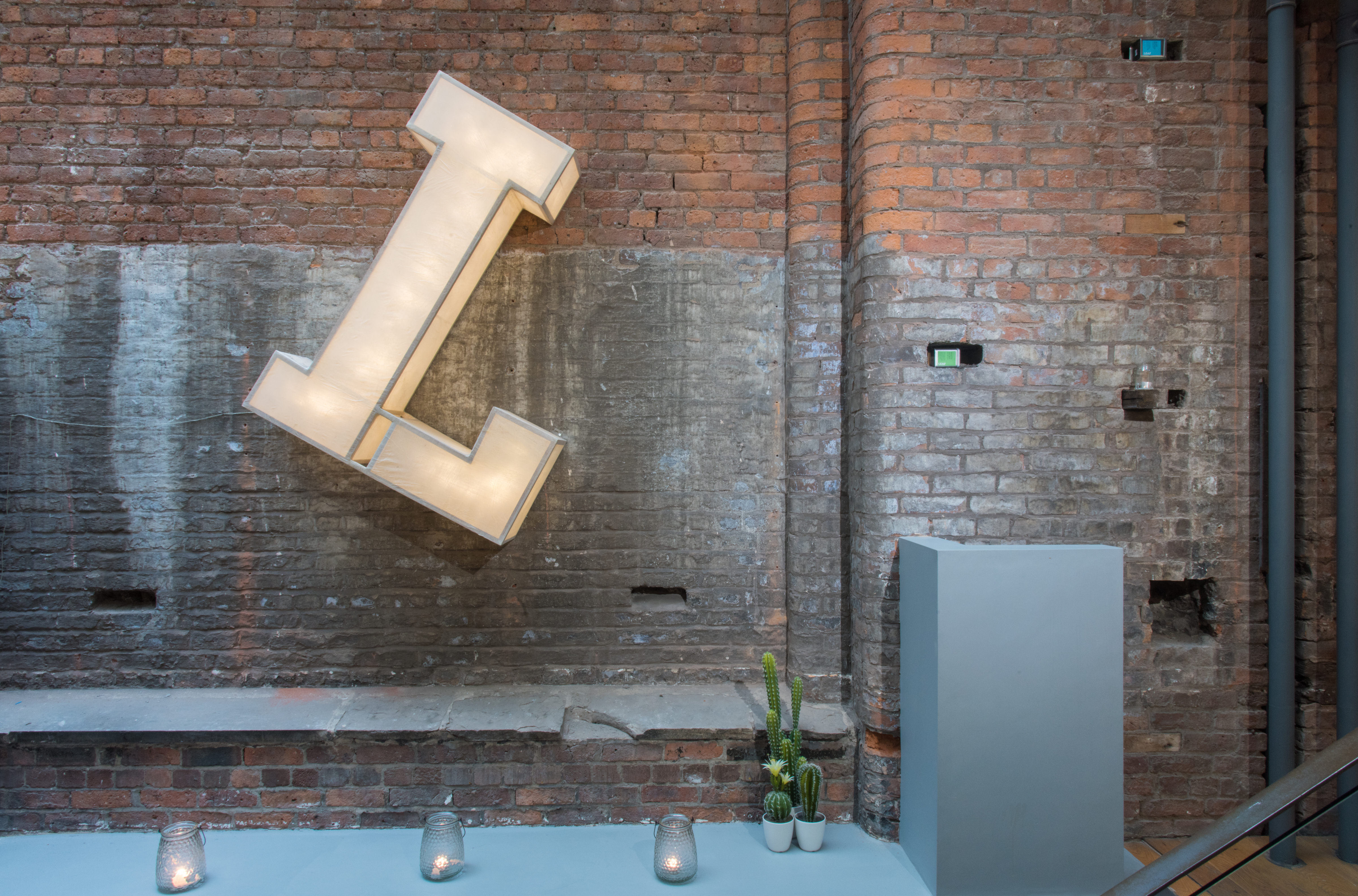 Most days, if you wander through the centre of Manchester, you’re bound to encounter at least one busker having a crack at Wonderwall or something by Ed Sheeran. But if you have the talent and street performance isn’t your cup of earl grey, where do you play?

Downstairs at Manchester eatery Leaf might be a good place to start where they’ve just introduced Basement Sessions, a new monthly night for songwriters. We talked to three of the people involved in the event about songs, sonic space and Sheeran.

For the past couple of years, singer/songwriter Major has been touring his acoustic pop around the North West. So, what prompted him to create this opportunity for others?

“It began as a way to give something back to Manchester,” he says. “The city is bursting with culture and the music scene is bang in the middle of it all. There are many live music nights in Manchester already but the demand for more is huge. The initial reaction to this first night has been superb. People from far and wide are dying to come over and do a slot which is great. We’re already booked up until after Christmas before we’ve even had the first one.”

There is an ever-increasing singer/songwriter community in the North West but, as Major points out, skill requires more than just grabbing a guitar and getting up on stage.

“If you can sing but don’t have a band, you can perform an original song and technically that makes you a singer/songwriter. It’s very accessible for a lot of people so there always seems to be millions of us around. What I have found, though, is that it’s very difficult to be a great singer/songwriter. You can’t hide behind the noise of a group, and so have to be on top of your game every time you get up there. Once you get comfortable it’s an amazing place to be.” 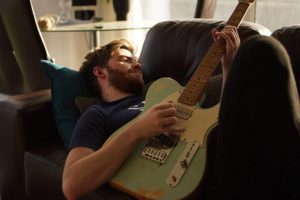 With so many TV talent shows offering a fast track to success, traditional methods of learning the craft and ‘paying your dues’ in clubs have almost become obsolete. Major believes that, whatever route you take, persistence is key.

“People in the industry always give the same advice which is to just keep going. If you want Sony to come and see you play, it’s difficult but not impossible. It’s more realistic to want recognition and be encouraged by others that you’re doing the right things.”

With influences such as American writers Ryan Adams, Billy Joel and Jenny Lewis, I wonder what Major’s view is on UK megastar Ed Sheeran. Is he worth all the fuss? Major is diplomatic on the subject.

“I thought his first album was good but I haven’t really liked anything since,” he admits. “There are millions of people buying the stuff so he must be doing something right, but that can be more a reflection of a giant fan base than of quality. He’s at the stage where he could release an album of reading from a dictionary and it would go to number one.”

There’s only so much you can do with a few chords. You would imagine that every possible permutation has now been used, but is there a formula that makes a song into classic? Major believes the writer has very little say. “It’s something that develops over time so I’m not sure I agree with people who write a song and immediately go, ‘this is going to be a classic’. Noel Gallagher was shocked that people loved Wonderwall, and thought Cast No Shadow was going to be the big hit.

“Some songs are forced into being regarded as classics by radio. If a song is played 30 times a day and people can’t be bothered to turn it off, then they’re probably going to like it eventually, regardless of how good it is. If people say my music has changed them, or got them through difficult times, then I will die happy.” 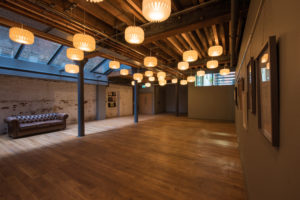 Leaf has only been open a year but has already won a Best New Hospitality Venue award. Housed in the former Cube Gallery, it seems only natural that the downstairs space would become a creative hub. The eatery offers top quality food (including substantial vegan options) and a multitude of different teas to sample. So, what prompted the addition of music to the menu?

Events manager Thomas Hill explains. “It was always part of the plan to start a music night but we wanted more than just an open mic event and were keen to feature local talent with original material. We got speaking to people at the music college, and then Dom, who knows the best performers around, came to see us so it was perfect timing. We want to liaise with local communities and harness an array of creative energies and events in our space. We’re hosting the book launch of Why Vinyl Matters with a guest appearance by Peter Hook, and we hope to attract big names to do secret acoustic shows and warm-up gigs.”

The space downstairs is large enough to adapt to any type of event and features a top of the range sound system to enhance the natural acoustics. This is not your typical hole in the wall venue, and Hill is naturally enthusiastic about the place.

“It’s can still be an intimate space but it’s not small by normal standards. It’s very malleable, so we can do a lot with it. We have 300 standing capacity or we can bring seating in. We also have a separate entrance that leads straight into the basement so it can work independently from the food operation going on upstairs. It’s the perfect place to showcase local talent.” 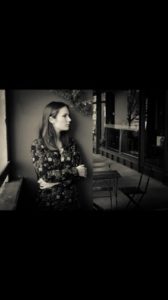 So, the event has been set up and the venue is ready to be used. That just leaves finding the right acts to showcase. One of the performers appearing at Basement Session #1 is Chloe Eleanor Jones.

She appreciates the importance of having great places to perform in. “A good venue makes a big difference because it allows you to have a more intimate gig and build a better connection with the audience. It’s also important for networking with other musicians and promoters. The songwriting community in Manchester is amazing right now. I’ve met many talented writers who are passionate about each other’s work. In such a competitive industry, it’s great to part of such a supportive network.”

Female artists are more successful than ever before, but does Jones think this makes it any easier for a woman just starting out?

“There are a fair number of female-fronted bands and songwriters in Manchester, but on the whole the industry still feels heavily male-orientated. Male indie/rock bands still take the spotlight here so that does make things more difficult for a female artist trying to make headway.”

Carole King, Joni Mitchell and Aretha Franklin are some of writers who have influenced Jones, who believes that music is at its best when it evokes an emotion from the listener.

“I don’t think there’s anything specific that makes a good song. A really good hook, or innovative lyric, definitely adds to it, but fundamentally music is all about feeling and communicating emotion. Everything combined – tone, lyrics, chords, melody, instrumentation – creates the feeling.” 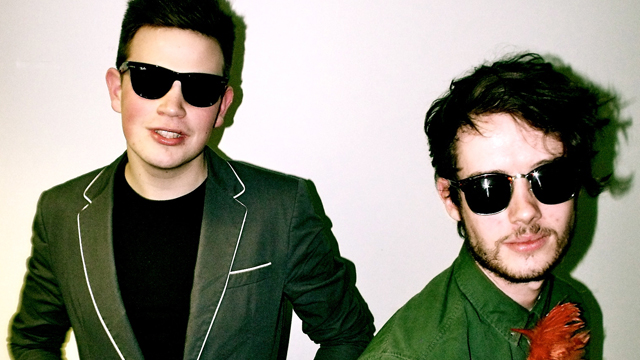 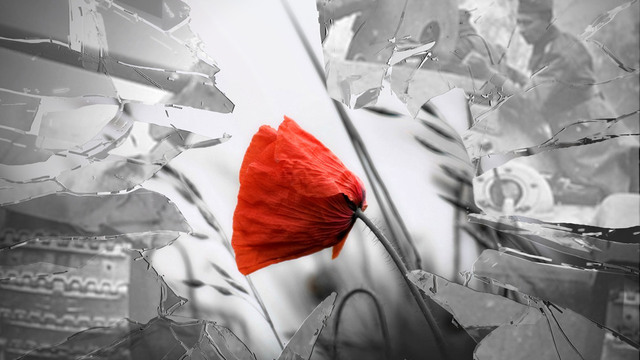 After the Silence: Music in the Shadow of War