“My sexuality has never been an issue for me.” Dancing On Ice’s Matt Evers talks to Northern Soul

Drew Tosh April 4, 2018 Arts, TV Comments Off on “My sexuality has never been an issue for me.” Dancing On Ice’s Matt Evers talks to Northern Soul 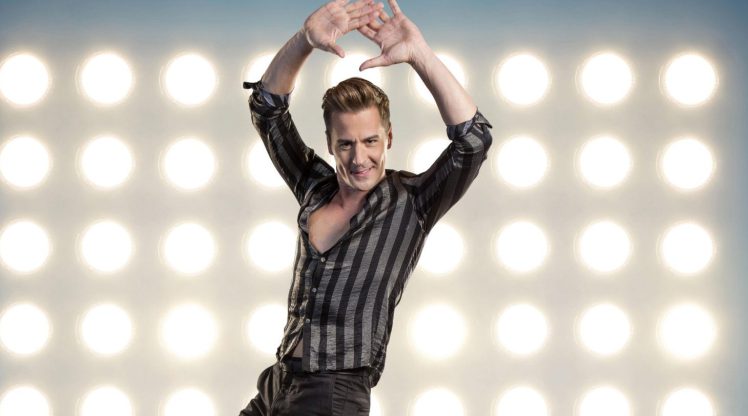 I’ve only tried ice skating once. I made Bambi look like Tonya Harding and almost left a Drew-shaped hole in the rink. Suffice to say, any dreams of going on Dancing On Ice were immediately crushed (OK, I’m not a celebrity either but work with me on this one).

Competitive figure skating is a tough and potentially dangerous world. Sharp blades on rock hard ice, stupidly early morning starts and endless hours of practice in order to perfect even the briefest of routines make it a long slog. Careers in the sport are also notoriously short as new, young talents emerge, all determined to freeze their rivals off the rink. So what does a skating star do when their competitive life ends?

In the case of Matt Evers, a US junior pairs champion, he become a mainstay on ITV’s Sunday night pro-celebrity skating series, Dancing On Ice. A regular since the show began in 2006, Minnesota-born Evers is one of only two originals to return for the 2018 reboot. The show is currently on tour including two shows in Manchester.

After the series officially ended in 2014, did Evers imagine it would return one day? 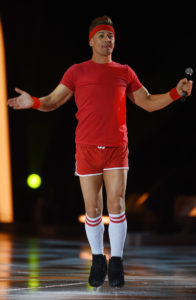 “I honestly didn’t because after that series finished, we did the final live tour then just put it to bed and moved on. To get the call again from ITV last year was quite a shock but a lovely surprise. I was really flattered to be asked to return. I’m over 40 now so to be able to come back and use all of my skills gained over the years has been incredible.”

Skating royalty Jayne Torvill and Christopher Dean also returned to the revamped series. Both are approaching 60 but still make the sport look effortless. It’s clear that Evers is constantly astonished by their stamina.

“Jayne and Chris are just as good as they were back in the day. It’s exciting to be back on the road with them and to strive to be as good as they are. It’s a very demanding schedule with a lot of work packed into a short space of time so age is a factor. It certainly takes me longer to warm up and do some things even though what we’re doing on the show is fairly routine for the pros.”

Evers’ partners over ten series have ranged from Bonnie Langford to Heather Mills, Pamela Anderson to Lisa from Steps. He has won second and third places over the years and won series three with Hear’Say singer Suzanne Shaw. I wondered if being at the mercy of the pairing planners has ever caused Evers to inwardly groan, ‘that’s me out by week two…’?

“You just never know how it’s going to go because we never find out who we’re paired up with until the day we actually meet them. I haven’t really come across anybody that, when I saw them across the ice or heard their name, I rolled my eyes. They’ve put themselves up for the show and are willing to try so that’s good enough for me. When I was paired with Heather Mills it was very physically challenging for both of us and Jayne and Chris who choreographed the routines. Heather taught us how to adapt our sport in order to accommodate her being an amputee. She changed the face of what could be achieved and we had worldwide feedback asking how we managed to achieve what we did. Heather also worked with a tech company to develop a flex foot which mimics what happens when a foot is in a skate boot. It was just incredible.”

Taking responsibility for yourself on the rink is difficult enough. Adding in novice celebrities ups the danger ante even further. If we’re being honest, many people watch the show waiting for someone to give the ice a Glasgow kiss. The pros have to trust complete beginners not to accidentally slash a main artery with a wandering blade. Mistakes are inevitable however and Evers is no stranger to A&E.

He says: “We go through injuries week after week on the TV series and on tour. The worst occasion for me was in series seven when actress Jorgie Porter put a blade into my forehead. I think people sometimes forget that, behind the glitz and glamour of the show, we’re doing a very dangerous sport. What we try to instil with the celebrities from day one is that they have to respect the sport, respect the ice and respect the pros and I think the majority of them do. It’s dangerous but at the same time, absolutely beautiful.” 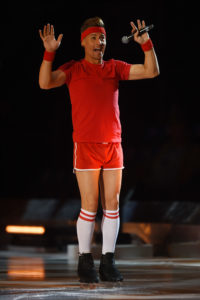 As well as the constant pressure, one of the big factors when competing in pairs skating is that you’re entirely dependent on your partner, something Evers is only too aware of.

“I was at national level in pairs in the United States and fifth in the world when I was at the top of my game” he explains. “I was sort of forced out of it due to outside factors. My skating partner developed an eating disorder and had to quit competing. I think though, even if she’d won an Olympic medal, she wouldn’t have been happy in the sport because she didn’t enjoy the competitive aspect of it. She got the help she needed though and is now a doctor of nutrition so she really turned her life around. I had other partners after that but the stars just didn’t align for me to continue to compete so I went into the professional stuff with the shows.”

There’s often an assumption that male figure skaters are gay, perhaps because of the costumes, the beauty and the lyricism of the sport. The 2018 Winter Olympic bronze medal winner Adam Rippon made headlines recently for becoming the one of the few US male athlete to publicly come out as gay. Olympic skateboarder and skier Gus Kenworthy came out a couple of years ago. As for Evers, he decided to make his own sexuality public at the start of the year and believes things have come a long way since he first took up the sport.

“It’s taken a hell of a long time but things have definitely changed massively in the past 20 years since I was competing. To the surprise of many though, I think there are actually more straight guys in ice skating than gay. Deciding to come out is a tough call when you’re in that mindset of Olympic or world competition. You need to be so focused and not be worrying about also having to deal with coming out and the potential backlash. Adam Rippon is a really good friend and I take my hat off to him. I’m really chuffed about the exposure he’s gotten for The Trevor Project [a charity for LGBT youth] and AIDS United. Thankfully we’re at a point in the world where it’s accepted now and people just don’t care. You’re a good person, a great athlete, amazing at what you do and they applaud you for it. 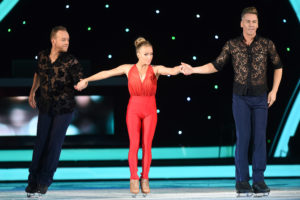 “Who cares who you sleep with right? When you meet somebody and become friends socially your first question isn’t ‘are you heterosexual?’ or ‘what position do you like to have sex in?’ Whatever your sexual orientation, it just doesn’t need to be an issue.”

Evers decision to come out was partly inspired by his uncle who died from an AIDS related illnes. Due to the strict religious beliefs of his parents, he was banished from the family before his death. This has had a lasting effect on Evers.

“That he passed away without ever knowing the love of his own mother is a tough thing to swallow and I just wanted to bring that story to the forefront and try to help create acceptance. For me it was just something personal. I didn’t do it out of vanity, I just wanted to help the younger and also the older generation. It can be just as difficult a transition for people who come out at our age if they’ve had families and lived a certain way for 30 years.”

Since the article appeared in January, Evers has been overwhelmed with the reaction

‘”The response has been incredible,” he says. “I was flooded with messages from around the world. The human rights campaign also picked it up and I had a lot of interest from different sporting outlets that wanted to know my story. My sexuality has never been an issue for me. My close friends and family always knew and so coming out publicly now was just to create some positive exposure for it. If, down the line, somebody wanted me to be a spokesperson, I’d be more than willing to help. At the end of the day though, if the story just disappears, that’s fine too.”

In between his commitments for Dancing On Ice, Evers has been acting and modelling and, increasingly, TV-presenting.

“I just love to work and get bored easily so I’ve always been very open to doors that appear on my career path. The mainstay for me though is TV. I do a lot of directing, producing and presenting in the States. At the end of the day, my body is not going to be able to skate forever so I have to make the transition at some point. As long as you’re doing your passion, it’s not work. I’m very lucky to have been in the UK on and off for 14 years, including my entire 30s. Some of my closest friends here have become family. I’m in the nice situation of living half the year in Los Angeles and half in London so I’m not complaining.” 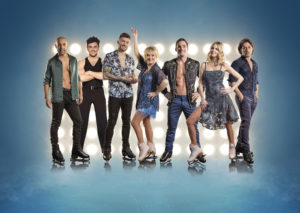 Dancing On Ice Live is at Manchester Arena on April 3 and 4. For tickets and other tour dates please visit: www.dancingonicetour.co.uk