Janet Harrison March 28, 2020 Taste Comments Off on Open Up & Pour: The way we talk about wine 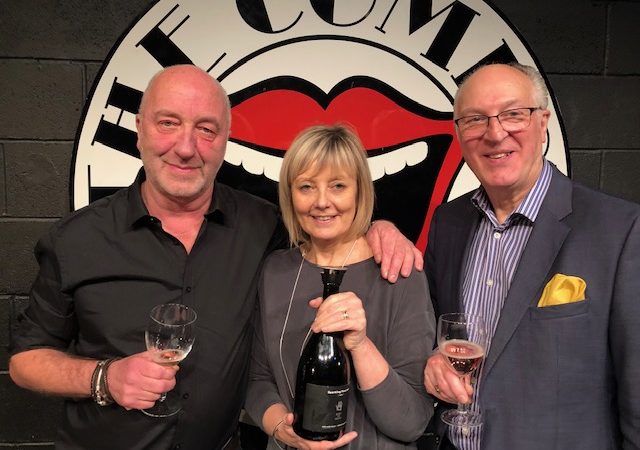 As I’ve always operated a ‘no question is a stupid one’ attitude to my Cracking Wine tastings, I love it when I get that question. It usually means that people have been too scared to ask before, maybe at another tasting or when reading the back label on a bottle. Frankly, wine is still a minefield for some, even if they are regular drinkers.

Spending 10 minutes deliberating whether the red fruit you can smell is a cranberry, raspberry or redcurrant is tedious beyond belief. This is a night out, a jolly. The clue is in the word.

This is one of the reasons I set up the People’s Choice Wine Awards, the only national wine competition which involves consumers on the judging panel. We do have experts, but they tend to be of the same mind, making wine accessible to everyone and not pontificating about it. Call them the adopted Northerners of the wine world. Not afraid of a strong brew, straight talkers who don’t take themselves too seriously.

It also seemed like a good time to start a podcast. Hell, why not? Except that food and drink in a non-visual setting can be a tad, er, dry, particularly if you are sat in front of the microphone swirling and sniffing. Not great from an audience perspective.

I hope people find Open Up & Pour a good listen should they like the odd tipple. It’s a sort of wine confessional where we talk to industry people as well as ordinary wine drinkers. They spill the beans on many surprising things as well as their shared love of the juice. We don’t talk much about ‘grippy tannins’ and ‘racy acidity’, but about which wines folk actually like and the good times they have sharing them. 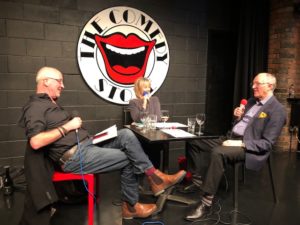 Don’t get me wrong, we do tend to have a glass or two. Although it isn’t the Keith Floyd of podcasts – or at least it hasn’t been so far.

Open Up & Pour is produced by Guy Kilty, past contributor to Northern Soul and a presenter and producer on Radio 5 live. Kilty has his own podcast Creative Forces and has recently taken the plunge to start a podcast production business, Dap Dip Productions. You won’t find anyone as laid back yet professional as Kilty, a great combo if you are thinking about help with your own pod.

We’ve now got three episodes to listen to, each around 30 minutes long, including one featuring the legendary Private Eye cartoonist, Tony Husband, who loves a good Sauvignon Blanc. The latest episode features Joe Fattorini and Amelia Singer, both presenters on The Wine Show, Channel 5. A new series will air later this Spring which is perfect timing for our period of self-isolation, or as I like to call it ‘wine revision’. Luckily for me, as I present each episode, our guests are entertaining, even without a drink inside them. I first came across Singer, who is one of our judges and a presenter at the awards ceremony, on Jamie’s Drinks Tube comparing different types of sparkling wine to famous male actors. It’s quite a skill.

So, if this sounds like your cup of fizz, crack open a bottle, listen, subscribe and leave a review. Oh, and if you fancy putting yourself forward as a judge for the 2021 awards, we’ll be opening applications in May. Click here for more information.

By Janet Harrison, Founder of The People’s Choice Wine Awards

About Cracking Wine and The People’s Choice Wine Awards

Creation: The People’s Choice Wine Awards was created in 2017 by Janet Harrison of Cracking Wine, based in Manchester. Janet is qualified to an advanced level (Level Three) from the Wine and Spirit Education Trust and is part way through her Diploma. The Awards was set up to accurately reflect what the average wine drinker in the UK thinks about the bottles they consume.

The People’s Choice Wine Awards is the only UK-based national wine awards dedicated to and judged in the first instance by wine consumers, alongside help and support from industry professionals. It gives suppliers and producers a golden opportunity to learn what wine drinkers really think about their wines. It has unique categories which accurately reflect the buying decisions of the average consumer and covers all types of wines and occasions.

Judy Kendrick, is the co-director of PCWA, joining in 2019.  She is the MD of ‘common sense’ wine marketing consultancy, JK Marketing. Judy has been in the wine business for more than 30 years and excels in wine promotion and events. She created and worked on Three Wine Men, The Wine Gang, the Specialist Importers Trade Tasting, esoterica and Wines Unearthed. JK Marketing also won Wine PR company of the Year 2017 (Drinks International).

Promotion: Winning wines are promoted to consumers online, via social media and at consumer wine events with The Wine Gang.

Categories: It is the first competition to offer practical/easy to understand entry categories as well as commercial opportunities to the successful wines. The categories represent ‘wine drinking moments’ rather than being generic. This will signpost consumers to the most appropriate wines and help retailers market their wines more effectively.

Entries and consumer judges: The awards started in 2018. By the time the 2019 awards were judged the organisers had seen a 147 per cent increase in wine entries. This doubled for the 2020 competition.

First-round judges comprise of consumers selected from an on-line application process and are non-trade. Each judging table has an industry representative who guides them through the tasting process. A select few, who have impressed the professionals on the day, are identified as ‘supertasters’: they go through to join the round two panel. WSET, official education partners of the PCWA, offer an exclusive competition for several winners to go directly through to round one and another (for WSET levels three and four) to join the expert panel on round two.

Manchester-based: While attracting entries from all over the UK and from wine producers the world over, the awards are Manchester-based and run. The 2019 and 2020 awards ceremonies took place at Manchester’s Comedy Store, the latter being on February 3.

Cartoons from Tony Husband: Another unique feature of the awards is the collaboration with Private Eye cartoonist, Tony Husband. He creates a fantastic limited edition signed print for each category which is given to the winners, instead of a traditional trophy, at the awards ceremony. All images are available.