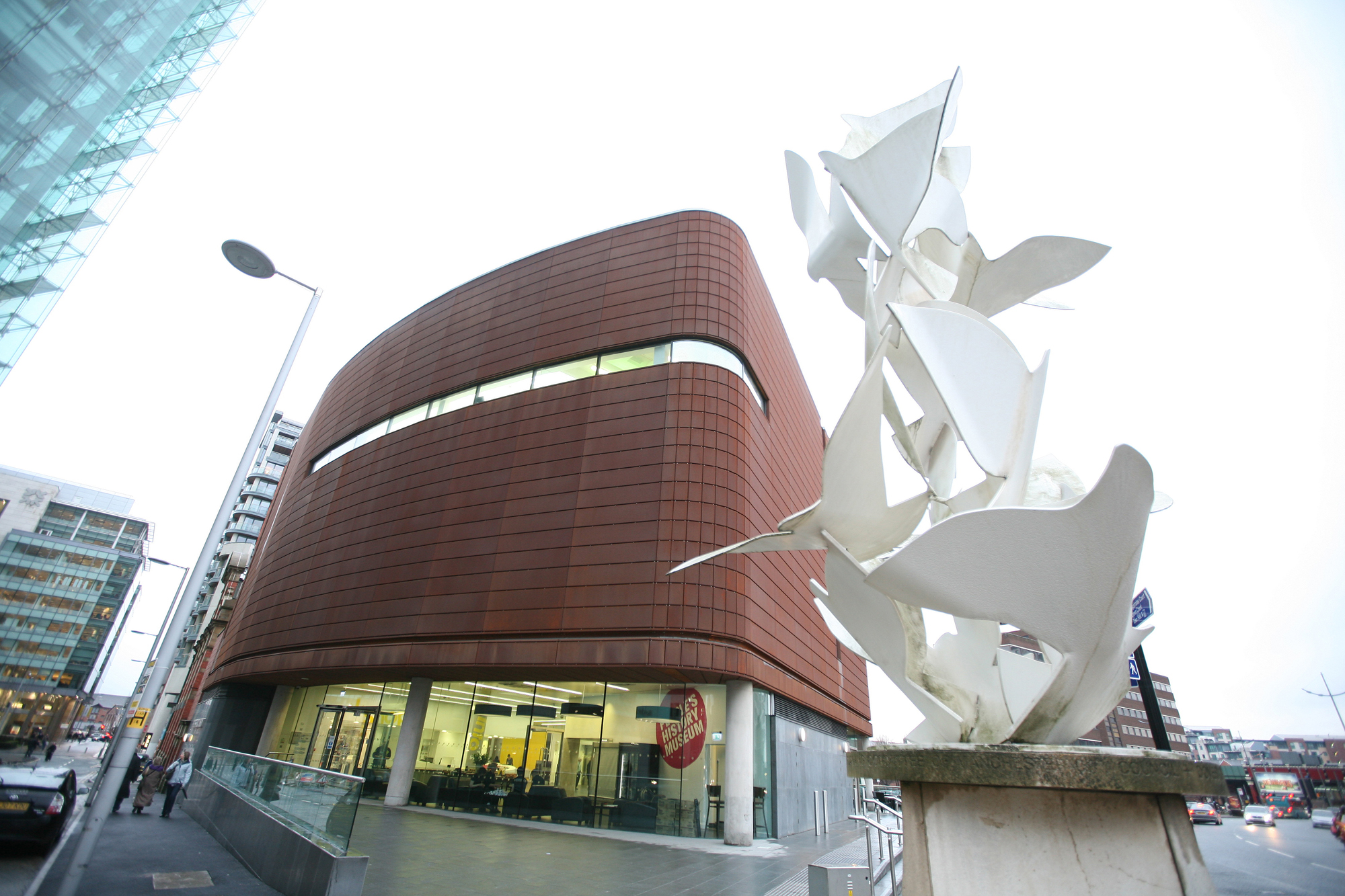 The People’s History Museum in its current form has been with us since February 2010, when it reopened after a £12.5 million, two and a half year refurbishment. It’s an impressive building – the newly built elements blend well with the old, converted Pump House, creating an interior with plenty of light and space. We took our four kids there again the other day. With ages ranging from 14 down to 8, their opinions of museums and exhibitions always vary.

Entrance is free and the first thing you note as you enter the main reception area is a refreshingly hands-off approach from the museum staff. There are plenty of them around but nobody is trying to guilt-trip you into the purchase of additional books or guides. Not only that, but the gift shop is off to one side. You’re not obliged to go through this classic kids’ trap, which has become a ubiquitous feature in visitor attractions throughout the UK.

The ground floor space houses – amongst other things – the museum’s Changing Exhibition. The current work is the fascinating Hidden by Red Saunders. The photographer has created a collection of living pictures celebrating the contributions of ordinary men and women in the struggle for democracy in Britain, from the Peasants’ Revolt of 1381 to the Chartist movement of the mid-1800s. I have to hold my hands up and admit that Caleb (8) wasn’t familiar with 18th century advocate of womens’ rights, Mary Wollstonecraft, but he enjoyed the opportunity to dress up in period clothing and have his picture taken alongside her.

When moving between floors, if you can, use the stairs instead of the lift. The stairwells offer excellent views over the River Irwell and into Salford.

The first floor sees us commence a march through time, beginning two hundred years ago with the events leading up to the infamous Peterloo Massacre in 1819. As you move around the gallery, you take a chronological trip through the critical events of the 19th century and meet the revolutionaries, reformers, workers, voters and citizens who fought the battle for the ballot. Using a combination of textual, visual and audio media, key moments and characters are brought to life. A good amount of interactivity keeps the younger children interested. They particularly liked using the old telephones and moving around the reconstructions of turn-of-the-century housing.

The historical journey on the first floor concludes at the close of the Second World War leaving you to enter the second floor main gallery and the post-war optimism of the Attlee government, with the introduction of the NHS and the creation of the Welfare State. The gallery then takes you through to the present day, while providing interesting displays on some of the pressing concerns of the last few decades, including gay rights; migration and immigration; pensioners rights; and industrial unrest. 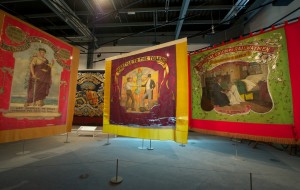 Dotted throughout the floors you can view the beautiful and dramatic banners that Trades Unions and other organisations used to display proudly on parades and marches. The finest ones can be found in their own space on the second floor, adjacent to the Textile Conservation Studio, where you can watch the conservators work.

Just as we left the second floor, the kids took keen interest in a classic jukebox that was housed in a small area explaining the cultural importance of the protest song. A quick count of the available songs forced me to explain to them that we’d have needed 50 jukeboxes to store the same volume of music that Chester (14) had on the Ipod in his pocket.

For adults, a visit to the People’s History Museum is an informative and humbling experience. Absorbing the written and spoken testimony of the incredibly brave men and women who fought for representation – sometimes at great personal risk to themselves and their families – makes one grateful for the rights that we now take for granted. For older, high-school-aged children, there are lots of tie-ins to the history coursework they’re doing: Chester said he found the information on the slave trade of most interest, but really enjoyed the feeling of just wandering round the galleries getting – as he put it – “nicely lost”.

With so much information available, you can always run the risk of the younger ones getting bored, but Caleb and Bryher (10) were kept engaged, really getting into the multimedia displays and even having a go at a Suffragette board game.

All the kids loved the giant knitted blanket, on display on the floor of the Pump House, which was knitted in 2008 to turn a spotlight on the issue of maternal healthcare. 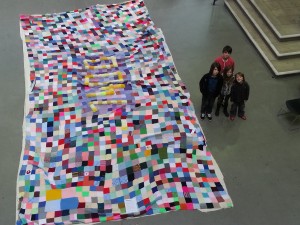 The People’s History Museum is a necessarily thought-provoking space, but presents its information in a way that leaves the visitor to form their own opinions about the events of the last two centuries and our whole family thoroughly recommend it.

A two hour visit is enough if you have kids with you, but I’d set aside a whole afternoon if you have the luxury of an adults-only excursion.

Charlie Bell is a Mancunian author and blogger (The Collidge of Nollidge). He has co-written two comedy novels – Picking Up the Brass and The Map of Africa under the joint pseudonym of Eddy Nugent. He’s a regular newspaper reviewer on BBC Radio Manchester. He loves his city and all that goes on within it.