Poetry Review: Nothing is Meant to be Broken by Mark Connors; Northern Lights by Harry Gallagher

If you’ve ever been to the city of York, you’ll no doubt have fallen in love with it, if not with the hen and stag nights. Where else can so much history rub up against contemporary culture, world class theatre, art and, of course, gloriously quirky pubs and bars which survive despite being regularly flooded by the Ouse?

York seems like an obvious place for literature to thrive and it’s where Stairwell Books is based. This little publishing house, founded by Rose Drew, focuses on finding new voices who are ‘the most forward, confident ones who delight in sharing their words’. Stairwell Books is in something of a David and Goliath situation as they compete with larger publishing houses, and seems to be run almost entirely on enthusiasm and a love of words. Yet, an excellent example of how a small publisher like Stairwell is influencing the poetry community and bringing big voices out of the dark can be found in collections by Mark Connors and Harry Gallagher.

Nothing is Meant to be Broken is Leeds-based poet Mark Connor’s first poetry collection, but you might want to also check out his brilliant novel, Stickleback. I’ve performed at Mark’s Spoken word night, Word Club, which he runs with fellow poet Gill Lambert, and I can tell you that he is one of the most genuine, down-to-earth poets I know. He’s also an ambitious writer. I’ve watched him work hard, promote himself and, at the same time, promote others, pushing himself forward and securing gigs and guests for his open mic with a no-nonsense attitude. Many publishers, poets and aspiring writers think that it’s enough to simply print a book and send it out into the world, but the cold hard truth of the matter is that as a publisher and a writer you need to be on your game, using all the available platforms to promote your work. You need to be at readings, attending and performing, and you need to be quite literally selling books out of the boot of your car, using your contacts and working, working, working. Writers are some of the hardest working people I know. 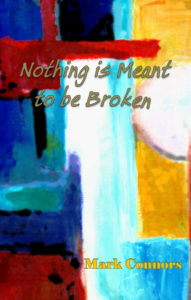 So I was pleased to see that Connors had been published. I wasn’t disappointed. This collection is honest. It doesn’t hide under a bush, it doesn’t dress the world in metaphor and simile, it just tells the stories it has to. There’s a lot of geographic poems in the collection; the city of Leeds is slick and greasy and wonderfully lit, with characters popping in and out. At the centre is the narrator, which we’ll presume is Connors, flicking between often crude or crass poems about sex or booze or blowjobs and then stunning us with an unnerving slip into love poems and verses about birds. But the best poems in this collection are about love. And the best of those are about endings. I was genuinely moved by When the World Fell in on Birstall, a poem about the murder of MP Jo Cox who was killed virtually opposite the office where Mark was working:

This is how the love gets in:

After hate, a broken man

than a diamond on fresh bitumen.

And the more personal poems about death and mental health issues are wonderful. Poems such as How Not to Behave at Funerals bring a gentle humour, which is used like a crow bar to get to the truth. All in all, despite some of the jokey, risky lines and brutal honesty, there is a vulnerability to this a collection which has as its core theme, love.

Harry Gallagher’s Northern Lights is another strong collection. Gallagher is a Teessider (from Middlesbrough to be exact) and proud of it. The collection is almost narrative in form, with a thread winding its way through which finds themes in strength and pride. The collection is worth reading just for the introduction alone in which Gallagher’s passion for his Northern home is vividly expressed, and his sadness at the loss of the steel industry and what it has done to the people of this area. 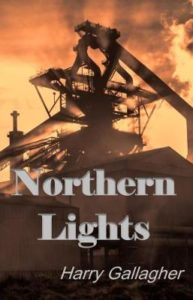 The collection is separated into chapters, each dealing with a different time in the life of Teesside, a different personality of the area, all hung on the experiences of Gallagher himself. The poems dealing with historical Teesside, such as The Zeppelin’s Biggest Mistake, are told through the lens of the people of the area, specific or generic, evoking a feeling of camaraderie and companionship.

See, this is what happens

when the devil hangs around

with hell in me fingers.

The poems are rhythmic, using the pattern of the Teesside accent; there is rough-hewn humour and sensitivity, sadness, love and joy. It’s a strong collection and anyone from the North will recognise the issues raised here, the themes covered. There are few poets tackling such an enormous and complicated issue as the loss of industry and what it does to a town’s people and identity. Gallagher is certainly not afraid to do this, he is not afraid to tell this story openly and honestly and to transform it into art. I’ve seen Harry Gallagher perform, and if you get a chance, so should you – his style is warm, open, friendly and funny and his poems come to life in his own voice, like a spark in a furnace.

The Editor of Northern Soul, Helen Nugent, talks to actress Holliday Grainger about the spirit of the north, the Portico Prize, and working on the latest series of J.K. Rowling's Strike. northernsoul.me.uk/holliday-g… pic.twitter.com/7UPLw3MFAa

There's still a few days to attend an event at this brilliant festival... twitter.com/MACFESTUK/stat…

This week on the #NSPoll Have your say below ⬇️ and over at the Northern Soul website: northernsoul.me.uk pic.twitter.com/AkCK5K2YEQ