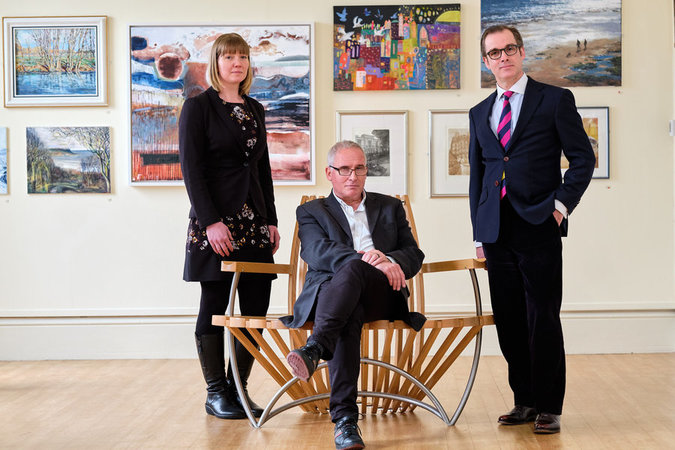 Scarborough’s Crescent is at the heart of the town’s cultural quarter, the location for its historic Art Gallery and creative centre Woodend. A short walk through the surrounding gardens takes you to one of the world’s earliest purpose-built museums, the iconic circular Rotunda. It completes a trio of buildings overseen by a new team which has big ideas for the North Yorkshire’s town’s cultural scene – starting with a new exhibition of work by leading contemporary British artist, Annabel McCourt.

Currently under the auspices of Scarborough Museums Trust (Scarborough Art Gallery and the Rotunda Museum) and Woodend, the two organisations will come together with a new name later in Summer 2019. Chief executive Andrew Clay and head of curation, collections and exhibitions Simon Hedges reveal their plans to Northern Soul.

Andrew Clay: For me the main thing is about opening up everything that we do, making our venues more accessible, making the collections more accessible, making us, as people, more accessible. It’s about breaking down the barriers so that when people come into The Crescent or into one of our venues, they’ll find friendly, relaxed spaces. Our staff won’t be in uniforms, there’ll be a whole different feel. Something Simon’s just brought in is introducing our front-of-house team to the artists, so they feel confident about talking to people about the exhibitions in a very conversational way. I’d be appalled if anybody felt uneasy about coming into one of our venues. We want people to feel welcome, to see this as a normal place to be, not somewhere aloof and exclusive – come and enjoy it. 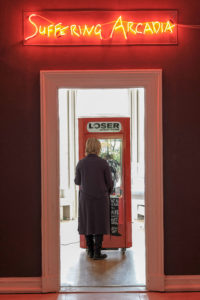 Simon Hedges: We’re blowing the dust and the cobwebs away. For instance, we’ve got a private view [of Annabel McCourt’s Suffering Arcadia] and I looked at the existing mailing list. We used to invite 200 people. I’ve invited nearly 4,000. And, if they all show up, I’m going to make sure they all get in and see it and get a glass of wine, or four. We’re challenging the old unfortunate perceptions of museums. This is the 21st century, we have one of the region’s best contemporary visual artists showing here, hotfoot from Africa and en route to China. This is like nothing you’ve ever seen in Scarborough before.

AC: I joke that we’re about culture, creativity, coffee and cake. It doesn’t matter if people want to just rock up on The Crescent and have a picnic and maybe not even come into one of the venues, or maybe just come in and have that coffee and cake. And it’s not just the buildings, it’s about the gardens, too. We had a recent meeting with the Friends of the Valley Gardens, and they want to do some very simple interventions to make them nicer places to visit – things like litter-picking, and bulb-planting. We’re not about twisting people’s arms to come in, we want it to be a gentle process. 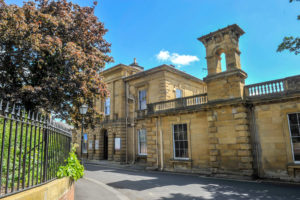 Scarborough is a town of hidden gems, some of them not just hidden, but almost forgotten. Someone I was talking to the other day told me she’d lived here all her life and had never been into the Art Gallery, and she came in, loved it and is now so cross with herself that she hasn’t been in before.

SH: We’re also looking at a different usage of the spaces, with things like music and spoken word. The three listed buildings are real gems, we’ve got Woodend, which was Edith Sitwell’s home, the gallery next to it in The Crescent, and the Rotunda, a purpose-built museum which has a perfect parabolic dome and a balcony and is incredible for sound. When you come into that museum, you’ll find something unexpected – audio, music, evening events.

AC: I’ve got three young children, Simon has a young son. We want to make our exhibitions and events appealing to a younger generation who are incredibly sophisticated in their use of technology.  We’ve got to create an entry level for them, so they don’t think, ‘I’m not going there, it’s where mum and dad go.’

SH: Digital platforms are really approachable for young people. We’re currently scanning items from our collections with one of the world’s best laser point scanners. We’ve just published three items online in super detail that you can look at, spin around, zoom in and out of, or print in 3D. 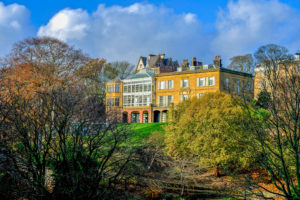 AC: What you’re saying is you can play, and that’s so important. There has to be a fun level alongside the serious scientific element.

SH: One of the scans is the skull of our most famous resident, Gristhorpe Man [Britain’s best-preserved early Bronze Age skeleton]. You can get inside it, see the world through his eyes – but on the more serious research side, because this is the first time there’s been a very high-res scan, we’ve actually found what potentially was his cause of death – a little abscess in his brain which burst through his skull. That hasn’t been seen before and he’s been in the collections since the 1830s. Within two minutes of having scanned him, there’s been a very serious research outcome.

At the same time, my eight-year-old was laughing his head off looking at Gristhorpe Man on my phone, spinning him round and making him nod to everything I was saying. It was great fun, but also has an incredibly valuable outcome. And that’s just one of nearly half a million objects that we’re going to be putting out there for people to play with and discover a lot more about if they want to.

You can find out more about Scarborough Museums Trust here: www.scarboroughmuseumstrust.com.

Click here to view the 3D scan of Gristhorpe Man. 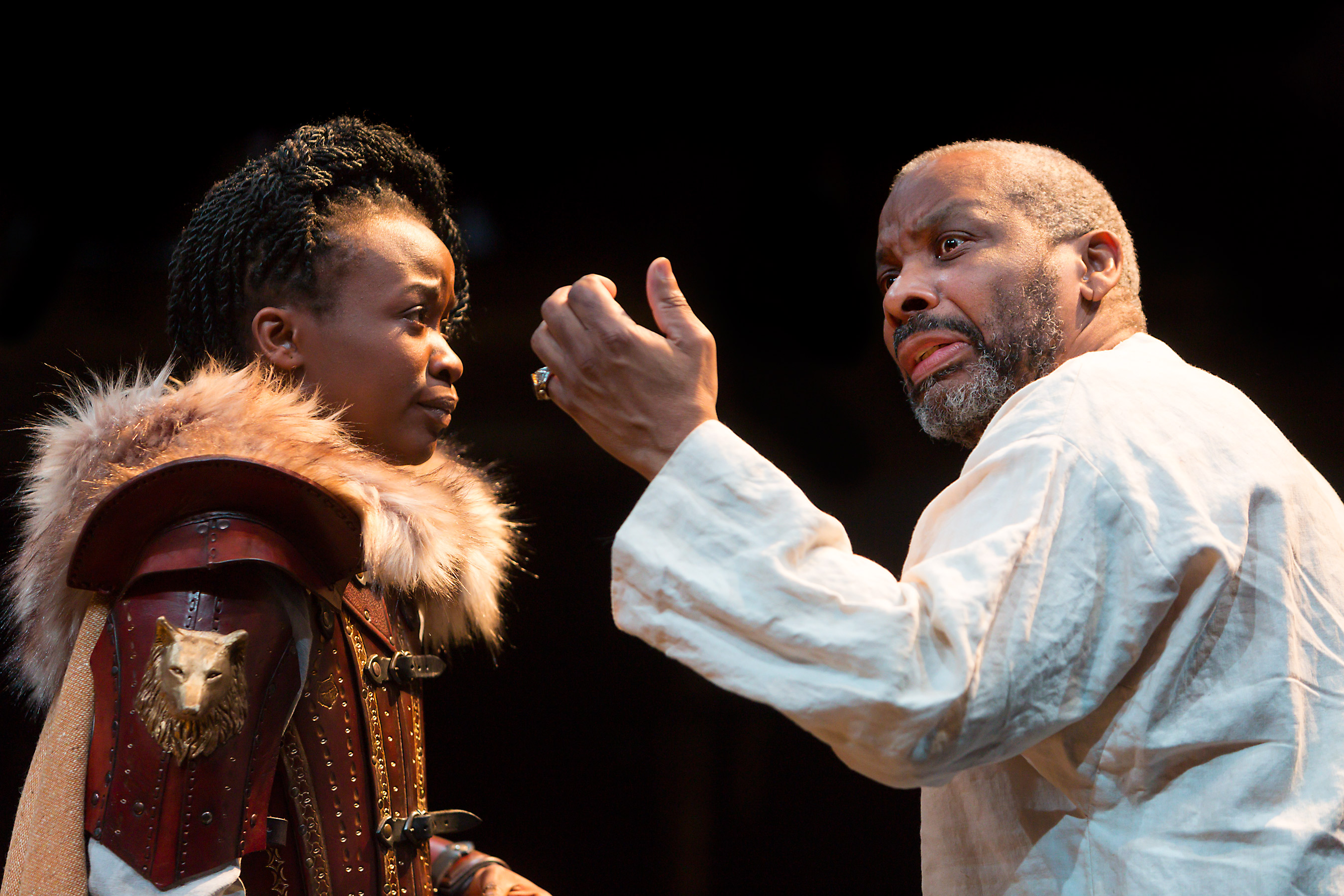 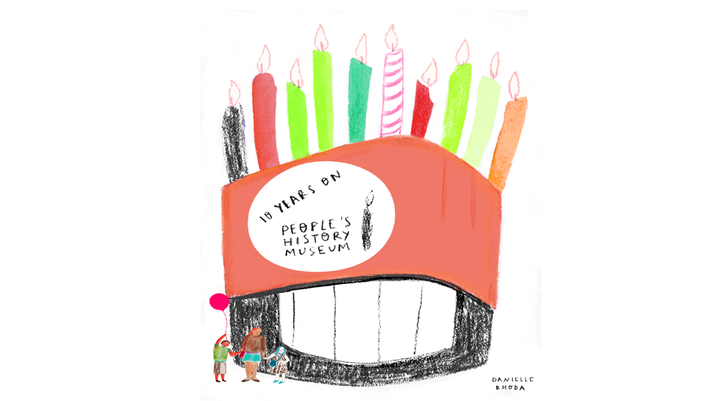 The national museum of democracy on its tenth anniversary: People’s History Museum 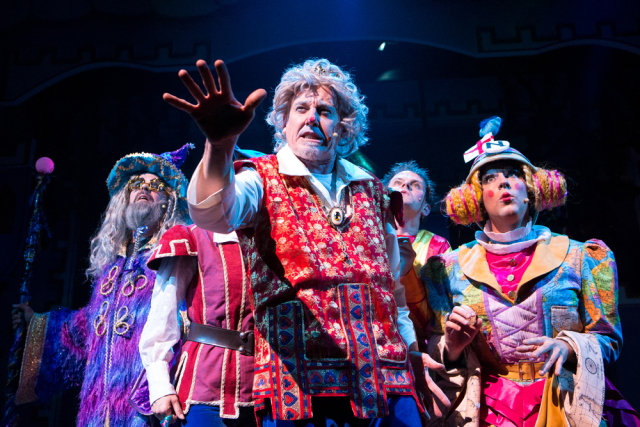 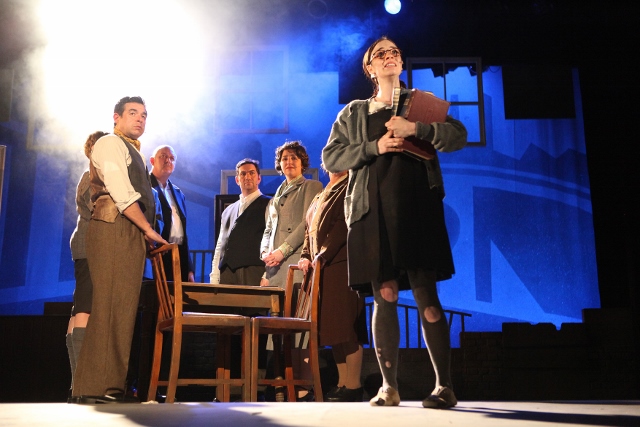