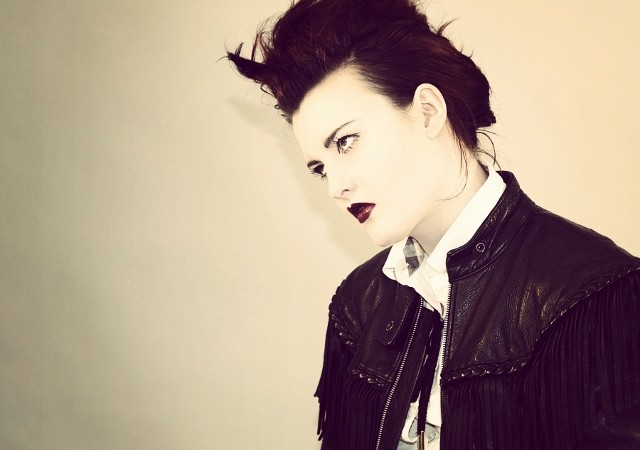 When Ren Harvieu’s debut album Through the Night was released three years ago, it made quite a splash.

Possessed of a strikingly rich, powerful voice, Broughton-born Harvieu was selected as one of the BBC’s ‘Sounds of 2012‘, and Through the Night duly entered the album charts at number five. At the age of just 21, it propelled her to stardom and won her a legion of admirers, among them many fellow musicians. Her follow-up album has been a while in coming but, on the eve of a major home-town gig at Manchester’s Deaf Institute, Harvieu tells Northern Soul exactly what she’s been up to.

She’s keen to stress that her label, Island, has given her free rein to do her own thing in the period since.

“After my first record came out, everything just went back to normal,” Harvieu says. “You think that you’re going to get this golden ticket and then you’re going to be living this high life in London and having loads of money, but it didn’t happen like that. I just went back to Salford. And so I realised that if I didn’t take action myself, I knew that this wouldn’t get done. I had to kind of be the boss for the first time. I’d always taken a back seat, but it wasn’t a choice – I just didn’t feel like I could be the boss. But I’ve had to do it. If I hadn’t got up and sought to do this album, it wouldn’t have been made, no chance.”

And so, slowly but surely, she’s been writing and preparing her second album, which she hopes to bring out early next year, with a single pencilled in to proceed it this Autumn. “I have around 17 songs written and they’re still in the demo process. I still want to do about another seven or eight, maybe. I’m quite meticulous over it. It feels like my child. But yeah, it’s shaping up nicely.” 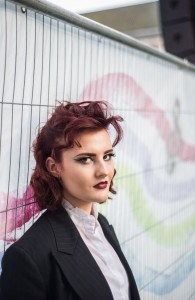 Around the time of Through the Night, the success of Amy Winehouse had fuelled a revival in female 60s-influenced bluesy torch singers. The void left behind by Winehouse was promptly filled by the likes of Duffy, Rumer and Adele. It’s not altogether surprising that Harvieu was co-opted into the same movement, and her album fitted with a voguishly lush, orchestral production. But this time out, she plainly has different things that she’s keen to try.

“There was a lot of pressure last time,” she recalls. “I was a young girl with a big-sounding voice, so the natural thing to do was to make it a retro sound. And I am proud of that record, I really am, but this time it was kind of like, if it’s going to get done, it’s going to be on my toes, so what do I want to sound like? What do I want to do? When you’ve got a whole canvas, what do you focus on?”

The end result, then, should be quite a departure from her debut. “I’ve tried to keep my voice at the forefront. I’ve been concentrating on my voice and working on it and doing interesting things with it. But in terms of style and the production, I think it’s going to be pretty different from the first time round. I mean, there’s not going be that orchestral production, that’s not on there. It’s a lot more of a raw kind of sound, much more in your face, and I think you’ll be able to sense that it’s from a woman’s point of view, because I’ve written the songs.”

Working in collaboration with fellow musicians Ed Harcourt and The Magic Numbers‘ Romeo Stodart, Harvieu has been venturing much deeper into song-writing; on her first album she was credited as co-writer on just three songs. She’s not remotely precious about singing other people’s songs generally – she talks enthusiastically about the prospect of doing a covers album one day – but now isn’t the right time for that.

“Writing’s really, really important to me but I’d say I’ll always consider myself a vocalist. You hear those people who say, “Oh, I don’t sing anyone else’s stuff’ – it’s like, in the 60s everyone took each other’s songs and they all did a version of them, and I think that’s amazing. But I couldn’t have this album now being songs I hadn’t written. No chance. I’ve got too much to say.”

This shift towards self-expression might well be the defining factor in Harvieu’s forthcoming new music.

“I think it’s been really important to try and find my lyrical voice over the last couple of years. Because you have to realise that if you let yourself be guided by a load of blokes who are a lot older than you, who’ve had a completely different life and they’re looking at you and thinking, ‘this is what this person is’. If you allow that to happen, people aren’t stupid and they’re going to see it. They’re going to see the cracks and they’re going to know. For some people who just sing, it really works for them and they can be absolutely amazing. But for me, what I learnt was that it made me extremely uncomfortable and I felt like I didn’t want to do it, because it wasn’t me. It’s probably a lot more important to me than I even think it is. You don’t want a load of tunes that some bloke has written for you. You want to say what’s going on in your head.” 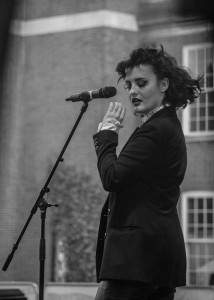 She goes on to reveal that she’s working on an entirely separate band-based side-project which may or may not see the light of day. “It’s just insanity really, like a garage band kind of thing. It’s not polished in any way, it’s really raw. It’s basically just another place for me to put my rage.”

In terms of her current listening, Harvieu confesses to being completely smitten by Father John Misty and cult US psychedelic folk singer Linda Perhacs.

“I do get obsessed by certain records. Siouxsie and the Banshees I’ve been listening to a lot as well. There’s something in her records that I can’t quite put my finger on and it’s really fascinating to me.” In particular, the Banshees’ much-lauded 1981 album Juju is a favourite just now, and may yet influence Harvieu’s new songs. “I don’t want it to be an album just full of sadness. I want there to be some wild, abandoned rage and passion going on in there.”

Growing up in Broughton, a Salford suburb, Harvieu was much influenced by her music-loving parents. In fact, not all of those influences were purely musical. “When I was a kid, my mum used to take me to Salford Library. We’d get a load of videos out and just sit in and drink pots of tea and watch all the films. The first film that ever made my head spin was The Picture of Dorian Gray with Angela Lansbury. She sings this song in it at the beginning called Goodbye Little Yellow Bird, and it’s just so weird. It changed my life, watching that film. It was just something else.”

Another defining moment in her life came in 2005 when Harvieu entered as a singing contestant in the ‘Salford Superstar’ talent competition. “That was a turning point – even though, looking back, it was actually really shit. The whole day and everything was really depressing. I was absolutely terrified. I’ve always, since I was little, been really super, super self-aware and very insecure, but I had my mum going, ‘Get on that stage!’”

A further highlight was her packed-to-capacity gig at the Manchester Ritz in October 2012. “I used to go to nights there when I was under-age and be silly. Then I remember being backstage and they came in and said, ‘It’s completely sold out, we’ve had to squeeze people in’. And I just thought, ‘What? Really? Seriously, though?’ Just the energy in the room, the whole thing, it was pretty magical.”

Harvieu’s Salford upbringing has certainly stayed with her. “Being from where I’m from, it informs your life. Being from a kind of poorer area and then going to London and having a record deal, you don’t think you deserve anything. You don’t think you deserve the attention – or, you feel completely like you owe the person that’s given this to you and at any moment they’re going to take it away, or they’re going to realise that you’re not good enough. I think that’s been one of the biggest obstacles that I’ve had to overcome, having to tell myself that I should be doing this and I am good enough.” 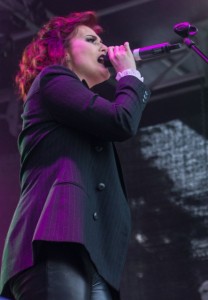 Someone who’s proved to be particularly supportive is none other than Johnny Marr, with whom Harvieu shares a mutual musical appreciation. “He’s a great guy. It’s kind of mad because I’ve asked him for advice on certain things and it’s like you’re having a conversation with someone and then, in your mind you’re thinking ‘this guy was in probably my favourite band of all time.’ But Johnny’s his own sort of orb. It’s like he’s got this energy about him.” Harvieu admits she’d jump at the prospect of working with him. “If he was up for it, I’d absolutely love to. He’s a busy man, but it would be amazing.”

For now, though, Harvieu is focused on her upcoming gigs and, above all else, on getting her album finished.

“I want to get this album out, I want to tour it like mad. I want to go everywhere with it, and then I immediately want to get back in the studio and do the next one.”

As much as it’s going to be a big, brave departure, she’s over the moon at the prospect of people getting to hear the new songs she’s been working on. “I’m so excited I don’t sleep sometimes. I’m just excited to get out there and just be, and have that as my job – hopefully. You know, fingers crossed. I mean, there is absolutely nothing better.” 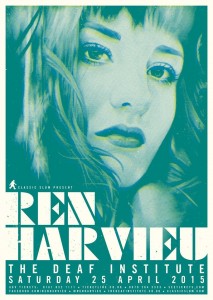 Ren Harvieu will be playing Manchester’s Deaf Institute on April 25, 2015. Tickets are available to buy here.