Getting ready for rep with Liverpool Everyman

Damon Fairclough February 14, 2017 Arts, Blasts from the Furnace, Northern Soul writes..., Theatre Comments Off on Getting ready for rep with Liverpool Everyman

There’s an unmistakeable air of expectation at Liverpool’s Everyman Theatre these days. A new production of Fiddler on the Roof is about to open in the award-winning venue, but it isn’t just the usual pre-show nerves that are giving the theatre its slightly frenzied feeling. It’s also the fact that the show is the first public outing by the Everyman’s new resident repertory company, the 14-strong band of performers who will deliver five shows between now and summer.

Resident companies were once commonplace in British theatres, but for a variety of reasons they fell out of favour from the 1970s onwards. While older actors often speak fondly of the rigour, discipline and variety of ‘rep’, it has long felt like a theatrical relic – a memory from an age when TV and film didn’t exert such a lucrative pull.

However, when Gemma Bodinetz, the Everyman’s artistic director, announced last year that this venue would be launching a 21st century take on the traditional rep company, the reaction from many theatre professionals was one of excitement. As Bodinetz commented at the time: “It’s amazing how many artistic directors have said, ‘I’m watching you, because I’ve always wanted to do this.’”

In the Everyman’s case, the return of rep is also a nod to the venue’s own history, an acknowledgement that the rep system was integral to its own ‘golden age’. Without wanting to once again repeat the Everyman’s tales about Antony Sher, Jonathan Pryce, Bill Nighy, Alison Steadman and the rest, these actors have all spoken about the bonds forged between the theatre and the city when they were part of its permanent company.

They weren’t star names at the time, but as Everyman associate director, Nick Bagnall, has explained: “When you look at the characters who are on that great Everyman photo from the early 1970s – people like Pete Postlethwaite or Julie Walters – the reason that they are so agile, so brilliant and so versatile is because they went through the rep system. One night they were playing Coriolanus, the next night they were playing Winnie the Pooh. It’s a great training ground.”

Today’s Everyman rep company, however, has been fashioned for a different age. Since the beginning of January, the 14 performers – along with attendant directors, writers, designers and composers – have been juggling five very different shows: the famous musical Fiddler on the Roof, Manfred Karge’s intriguing The Conquest of the South Pole, a new Toxteth-set play by Lizzie Nunnery called The Sum, Brian Patten’s The Story Giant (adapted by Lindsay Rodden) and finally, Romeo and Juliet, which will also include heavy involvement from YEP, the Everyman’s youth wing.

Creating one show can be intense, but having five productions in various stages of completion no doubt makes for potential confusion and, possibly, exhaustion. So what does it feel like to be part of it? I asked Everyman actors Patrick Brennan and Emily Hughes how their first few weeks have been going. 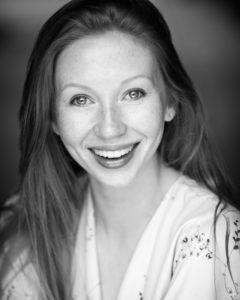 For Hughes, who joined the company via open auditions and is making her professional debut, the intensity has taken some getting used to.

“It’s been a bit of a shock to the system,” she admits. “I’ll get my head into Fiddler and then in the evening we’ll be working on Conquest, which is a completely different world. But it’s great, you just have to be ready to jump into another play.

“And it’s a dream job,” she adds. “I’m fresh out of drama school, and to have five plays in six months when you could easily have nothing in your first couple of years is a brilliant opportunity.”

Brennan is the more experienced performer – “an actor of a certain age” as he puts it – with a CV that includes work for the Royal Shakespeare Company, the National Theatre and the Globe, but he too admits that the pace can be relentless.

“It is knackering,” he says, before explaining how things have worked so far.

“The first two weeks were spent getting familiar with the building and dabbing our toes into the water of the whole season. We were looking at all five projects, but also learning some of the core material needed for Fiddler. We’re now into the fourth week of nearly pure Fiddler rehearsals, although when people aren’t part of a scene, they’re often grabbed to go and work on one of the other shows.”

Although he has worked on multiple shows with other theatres before, the variety of productions in this Everyman season has conjured memories of his student days.

“This is more like what it felt like to be in my final year of drama school. You would be doing dance classes, singing classes, fencing classes, stage combat, and at the same time you’d be doing Pinter, Tennessee Williams, Shakespeare, a new musical. Your head was spinning.

“I can’t remember a time when I’ve enjoyed work more than I did then. I just remember the lovely vibe of it. When you become a professional, there’s so much that’s not like that, but this is like it. This is what I’d imagined it would really be like, and why it’s so exciting for us as actors to be involved in it.”

For Hughes, memories of student life are even more vivid given that she only graduated from Oxford School of Drama last year, and she agrees that rep work feels similar.

“Drama school really does set you up for this. We’ve got a musical, we’ve got The Conquest of the South Pole which is just nuts, we’ve got The Sum which is a play with songs, then a children’s play and a Shakespeare in one season.”

At the mention of Liverpool-based Lizzie Nunnery’s The Sum, Brennan hints at connections with Everyman rep seasons of old, which featured work by local rising stars such as Alan Bleasdale and Willy Russell. 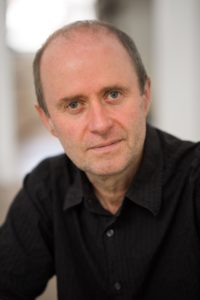 “Maybe The Sum is the one that most resonates with the old Everyman company,” he says. “To me, it will be one of the defining things in the season. It’s a new piece of work that is about modern life in Liverpool. For genuine Liverpudlians, or people who come from elsewhere and live in Liverpool, it should have a resonance.”

One reason posited for the demise of the rep system is that today’s actors no longer want to be tied into one company for extended periods, particularly when that means being away from London. Did Brennan or Hughes have second thoughts about spending half a year at the Everyman?

“When the opportunity arose,” says Brennan, “my agent sent me an email saying ‘You probably won’t want to do this, it’ll put you out of the London loop for a while’. I said ‘Why wouldn’t I want to do it? It sounds really thrilling and exciting.’”

He also appreciated the prospect of being very, very busy.

“When you’re a freelance actor, the work can be quite bitty. You might do two plays a year and two or three TV shows, that’s quite often the average for most professional actors. That only takes up half the year. And also you don’t have a voice in the artistic future of the company, whereas when you’re part of a mainstay company, you’re listened to more. What’s joyous about this experience so far is that we feel part of the building.”

For Hughes, who doesn’t yet have an established professional career – though surely will have by the time summer rolls round – the Everyman’s appeal was instant. And not only because she grew up locally, in Prescot.

“For me it was a no brainer. It’s six months of quality work. I felt that if I could get this, then that’s the dream. Because you could be hanging around in London and nothing could happen.”

Although Fiddler on the Roof is imminent, it’s still early days for the company, and I wonder how an extended period with the same team will make a difference as the season progresses. 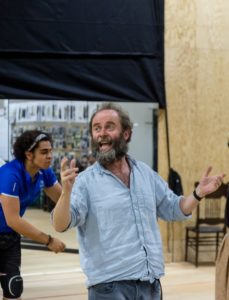 “Whether you’re in a musical ensemble or a football or rugby team, you get better the more you work together,” says Brennan. “It should be thrilling to come and see a team that you’ve seen before, watching them stretch over a series of parts.

“And there’ll be a degree of honesty about the way we behave with each other which will be different from some kind of hierarchical structure where the person playing the smallest part doesn’t feel they can say anything because somebody else is being a bit of a star. This is not that kind of environment. It’s a teamwork based thing, and the degree of communication between us all, and between us and the management, is stronger as a result. I’m sure it will be robust work.”

For Hughes, there’s excitement at the prospect of this rep experiment taking off elsewhere.

“If it’s successful, and if people can balance the books and make it work financially, I don’t see any reason why it shouldn’t be something other theatres look at. For me, regional theatre has become more about incoming touring productions, and decent regionally produced work has tailed off a bit. So if we can get this going all over the country, the fact that we started it here would be so special.”

That, however, is for the future. For now, Brennan and Hughes are clearly focused on giving the Everyman’s much-anticipated rep season the launch it deserves with a rousing, reverberating Fiddler on the Roof.

“Starting with a musical – a brilliant, brilliant musical, with such relevance to today – has been such a joyous thing in rehearsal,” says Brennan. “If we can bring even half that joy into performance, I’m sure people will have a good time. But I suspect we’ll multiply that joy many times once we have an audience to give it to.”

And with that, Brennan and Hughes return to the rep company maelstrom. It’s clear they are having fun getting to know this theatre and each other, and it’s to be hoped that Liverpool is looking forward to meeting the whole bunch of them. Because by summer, they’re going to be very familiar faces indeed. 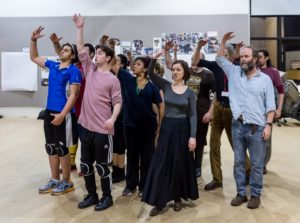