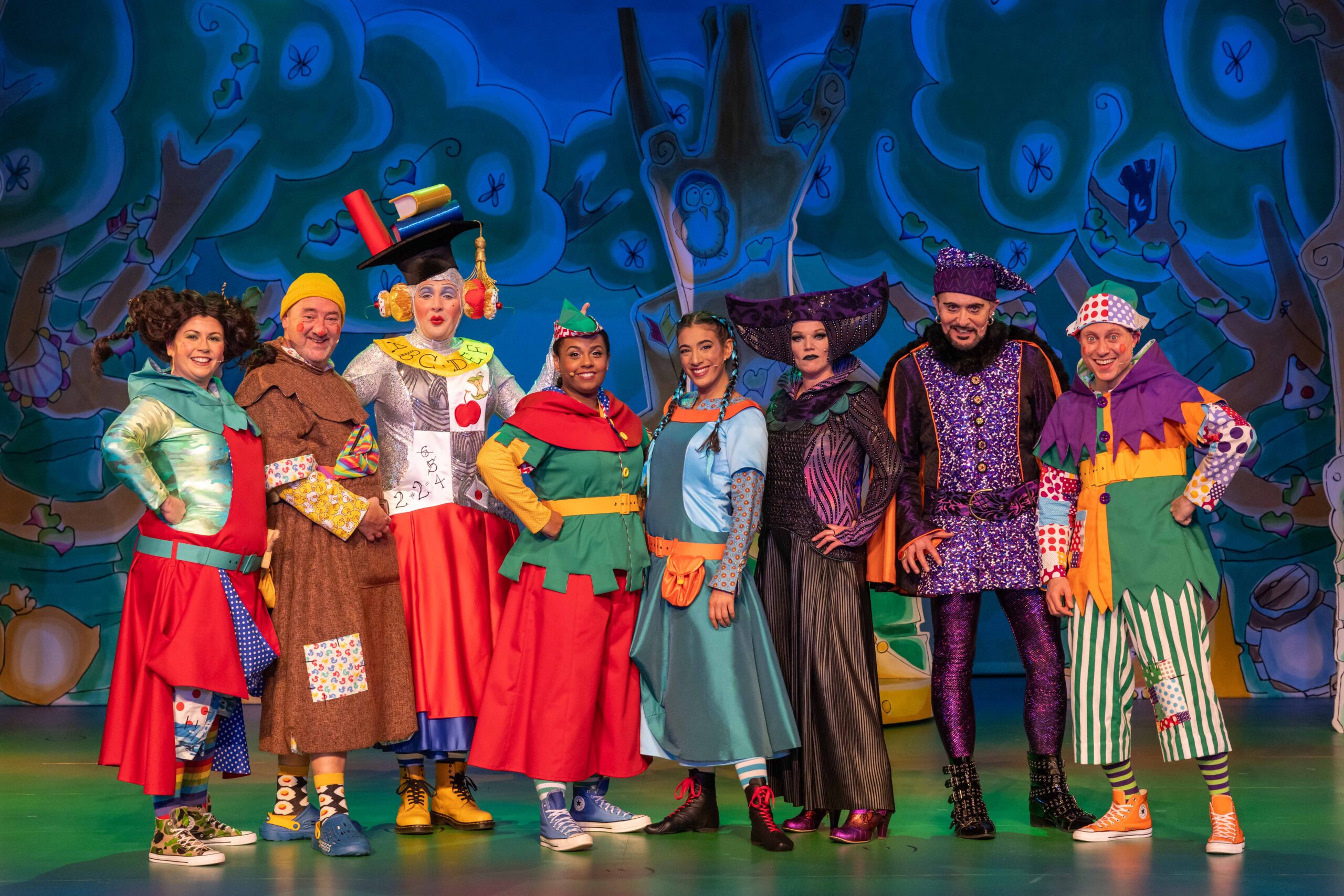 Robin Hood is not one of the ‘big five’, and for good reasons. Usually combined with the story of The Babes in the Wood as it is here, the plot is complicated, there is nowhere to put the Dame or her idle son, there are too many baddies, and no fairies. The writers of the Oldham Coliseum version, Fine Time Fontayne and Chris Lawson, turn most of this to their advantage. It helps that the casting is exemplary.

Shorelle Hepkin as the eponymous Robin is giving her sixth panto in Oldham as principal boy, and you can tell. She was nominated for best principal boy at the UK Panto Awards for her Aladdin last year. She knows exactly what she’s doing and she does it well. And some of her skill seems to have rubbed off on Sarah Pearson’s Maid Marian – you would never know this was her first professional panto.

Another experienced hand is Liz Carney as the Sheriff of Nottingham who does her best to be butch, although her costume screams Wicked Queen loud and clear. Her wicked oppos, Ian Crowe as Guy of Gisborne and Nathan Morris as Failsworth, are as hilarious and incompetent a pair of broker’s men as you’ll see anywhere. 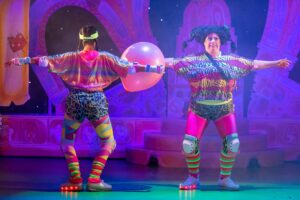 Charlie Ryan, in his first outing as a dame, is an absolute find. Fontayne and Lawson have solved the dame problem by making her the teacher in the village school. This makes her an ancillary to the plot rather than a central character, but Ryan pulls it off. Whenever the dame is on, we are watching her. She/he is funny and wittily self-deprecating and I’m definitely coming back to see them next year.

Another find is Sophie Ellicott, returning to home territory – she’s an Oldham Theatre Workshop alumnus – after cutting her teeth on panto in Doncaster last year. She fully lives up to her wonderfully ridiculous wig. The writers have solved the no fairies problem by writing one in, and Ellicott gives what would be a rather good Titania if she was afforded a little more time to deliver it.

In fact, the whole thing romps along at a cracking pace, making some of the plot difficult to understand, but I’m sure a couple of shows in they’ll have found where the laughs are and have room to breathe. The singing is excellent, even though as I get older I have less and less idea what the songs are. The dancing is good too, and the chorus of dance school students have a lot to do and do it extremely well.

In short, another excellent traditional panto from the Coliseum, with local actors and without TV or pop stars, unless you count Morris who is Milo in Hollyoaks. And the Oldham audience loved it. So why does the Arts Council want to take it away from them? 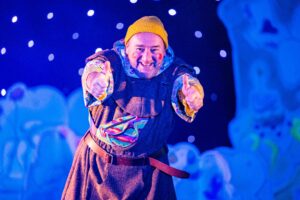 You may have noticed that the Arts Council of England announced the results of its latest funding round last week. As usual, some organisations have received funding for the first time, others have had uplifts, others are on standstill, and some have been cut completely. Oldham Coliseum has been cut. Completely. There will of course be a campaign, and I will be part of it.

What I find most obscene about the whole business is that five years ago, Kevin Shaw, the then artistic director of the Coliseum, proudly showed me a model of the new arts centre and theatre to replace the ageing Coliseum building that had been in the planning for some years, and was costed then at £7 million. In 2018 it was abruptly cancelled, and Shaw left shortly thereafter.

About the same time, the Arts Council was announcing an annual grant of £9 million to support the running costs of the new permanent home for the Manchester International Festival being built near the Science and Industry Museum, and to be called the Factory.

I went to the press launch of the now Factory International’s opening season a couple of weeks ago. It is very impressive, as is the building, a world class performing arts factory. And it has all sorts of community engagement, as it should with that level of funding. Saying that, I notice that the Royal Opera house in Covent Garden has had its annual grant slashed from £24 million to £22 million a year, and it’s worried about maintaining its position ‘at the heart the (sic) cultural life of the nation’. 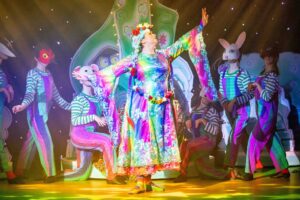 Factory International claims to be bringing an extra £1 billion a year to the Manchester economy. I hope it does. And I’m delighted that it has managed to attract money from London to the North. But a project that started with £78 million from George Osborne in 2014 has gone on to cost in the order of £200 million. You could have given Oldham a new theatre with the contingency budget.

I can’t help but feel that what all this is saying is ‘Fuck you people of Oldham. If you want theatre you’ll have to get on the tram. You can stick your local theatre for local people up your local arse.’ Tell me I’m wrong. 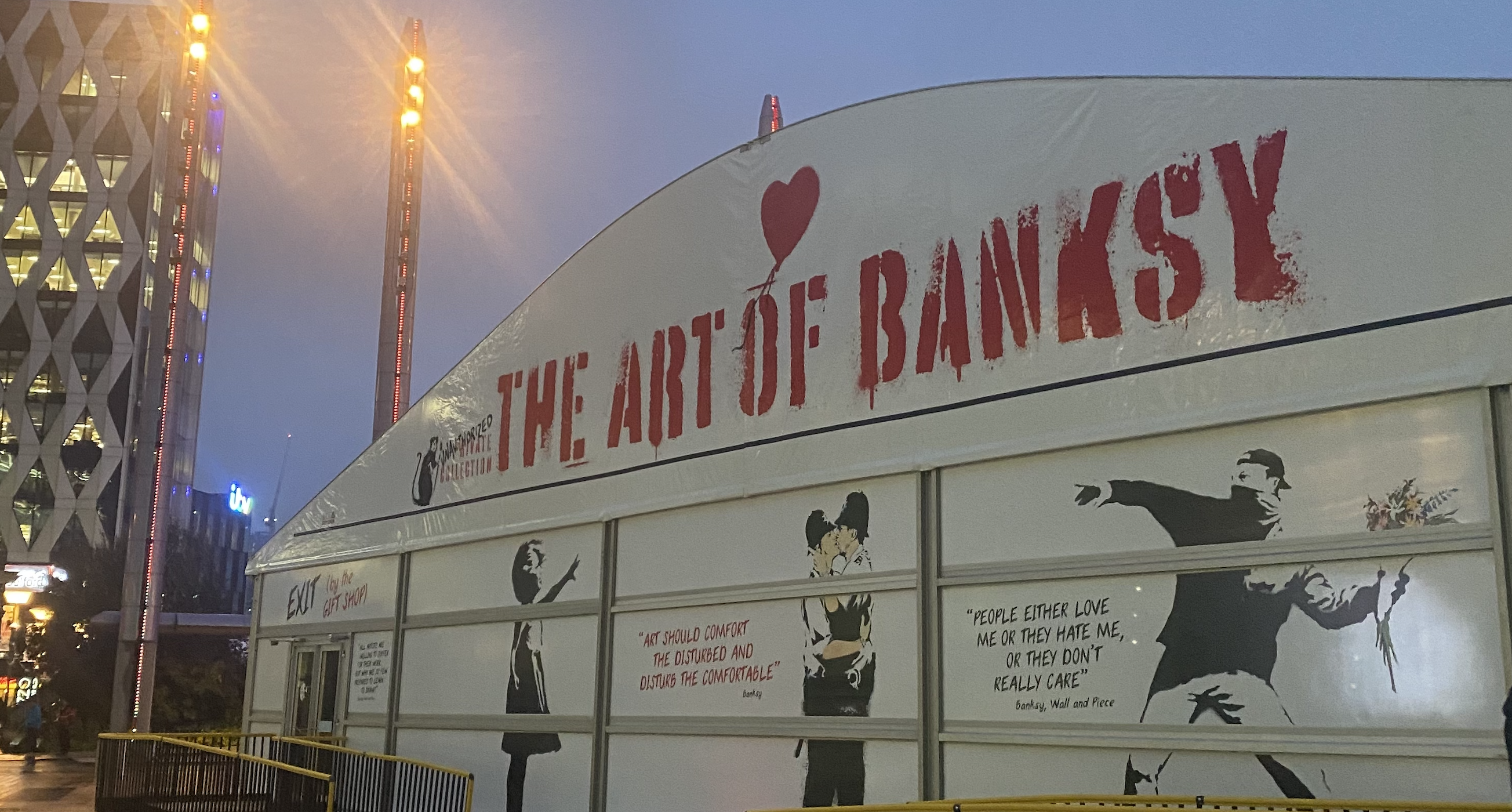 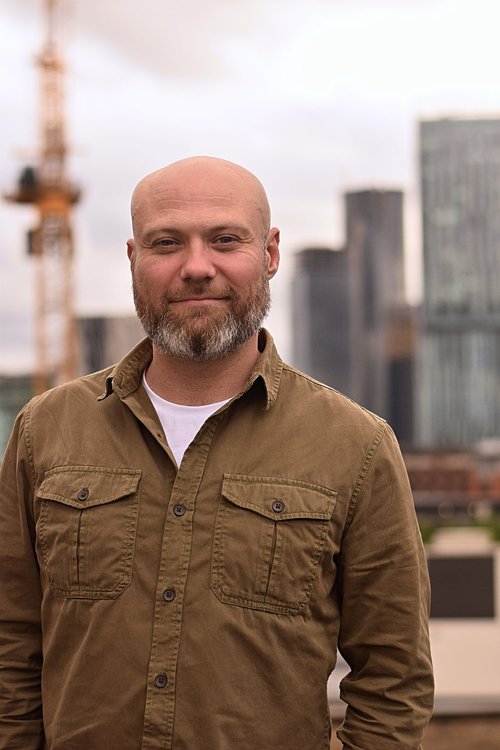 “It’s about community and the people around you.” Playwright Chris Hoyle talks to Northern Soul 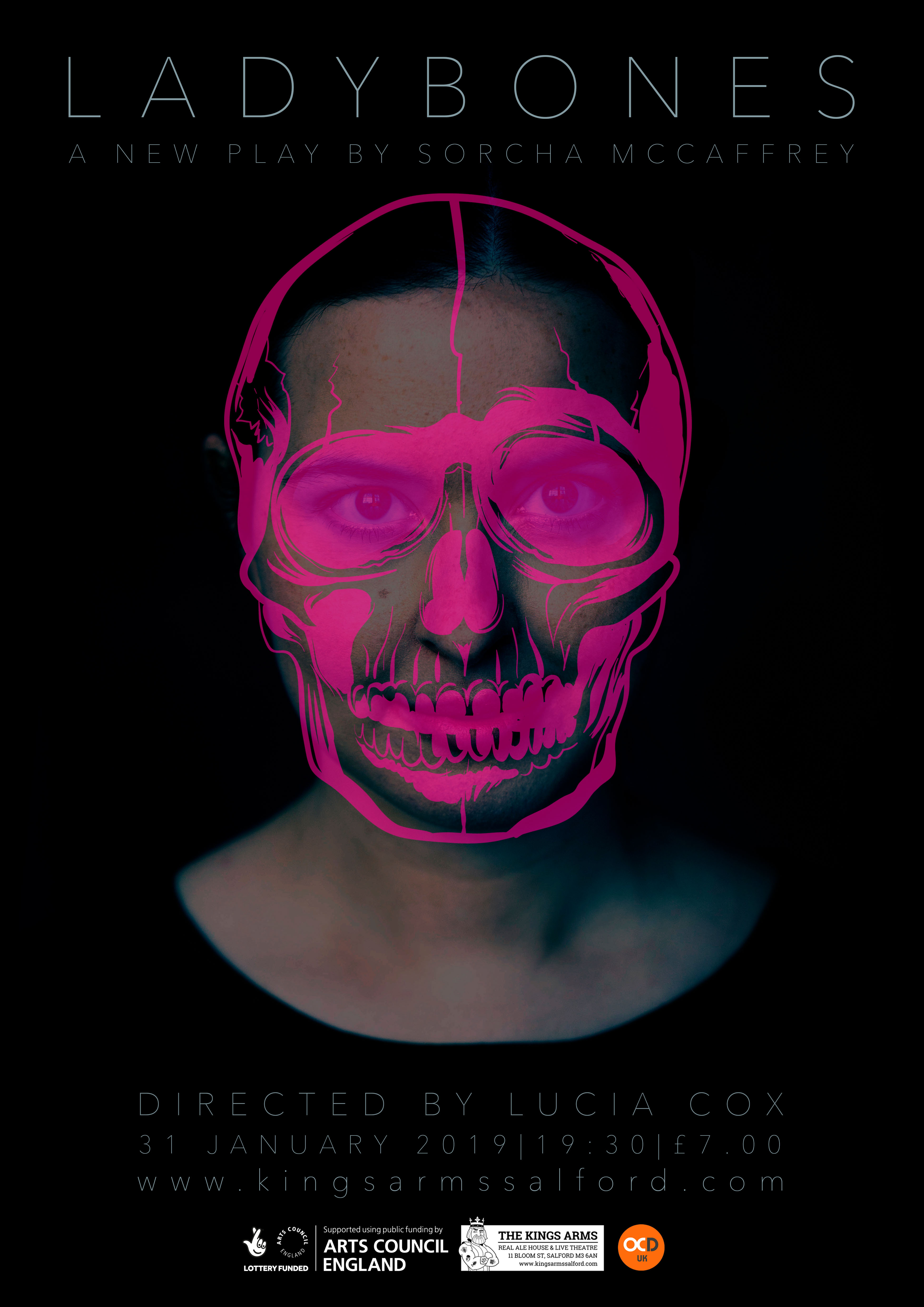 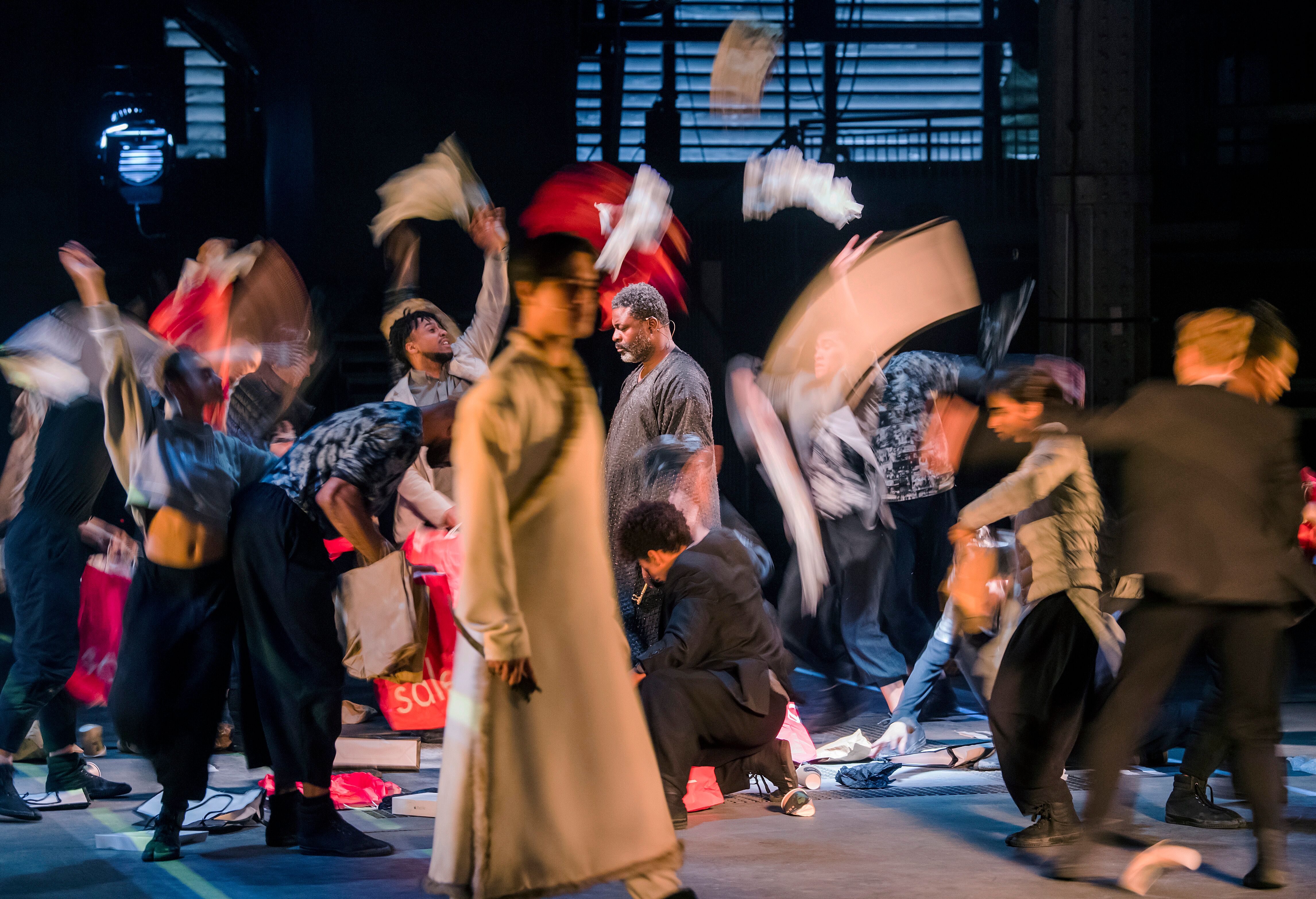