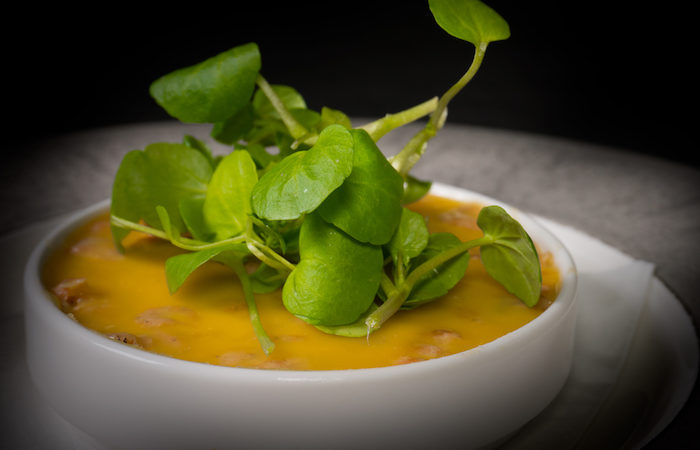 Say the words ‘hotel food’ and what springs to mind? Blackpool landladies with plates of watery mince and boiled cabbage? Those giant buffets you get on holiday in Spain? And the rooms, particularly in big hotels, tend to lack atmosphere as they have to adapt to almost any purpose, from breakfast for 200 guests to a posh dinner-dance.

There are honourable exceptions. The food in Locanda Locatelli in The Churchill Hotel, Marylebone is terrific. Then there’s St Ermin’s Hotel in Victoria where, a couple of years ago, my lovely accountant took me for lunch when Adam Handling, a finalist in MasterChef: The Professionals, was cooking very nicely, thank you. And last year I had dinner at a place The Observer‘s Jay Rayner raved about, The Game Bird in the Stafford Hotel in St James’s. Eye-wateringly expensive it was too (although the service was rubbish). 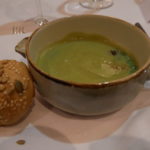 So when I was asked to sample the new à la carte menu at The Lowry Hotel – not to be confused with The Lowry arts centre where my friends assure me the waiters argue with the customers about the quality of the food – I agreed, but not without my doubts. What exceptional hotel restaurants all boast is a brilliant chef with an independent reputation, including James Durrant at The Game Bird whose food was arguably worth the money. The chef at The Lowry (I dined in the hotel’s River Restaurant) is Andrew Green. He’s been there for three years but I’d never heard of him. Mind you, he’s never heard of me either. He does hail from Glossop, which is to his credit. His ambition in this new menu is to create a twist on traditional dishes using locally sourced ingredients, and serve proper helpings as befits a five-star hotel, rather than small plates. Sounds good to me.

There’s ten of us, all food critics, and after a glass of fizz in the lounge we’re walked through the big dining room (a sea of tables and white linen divided by a long serving wagon) to a private room with a table beautifully laid where we’re served mostly miniature portions of the new menu. Ten little food critics practising their art, and if one food critic should accidentally fart, there’d be nine food critics etc. It was not without its stresses.

First up was the pea and ham soup which was as thick as it should be, with good ham. I thought it a little salty, others disagreed. Some bread rolls were handed round and were unexceptional but suitable for mopping up. Then a potted shrimp with a dark tuille-like biscuit. I like my potted shrimp cold, in butter, with toast. This was warm in a buttery stock and just didn’t work for me. The biscuit didn’t really work either, it was too crisp. We learnt later that a great deal of work goes into preparing this dish, but I’m still not convinced. Then a tasty pot of crab macaroni cheese, but there wasn’t enough crab. Or cheese. 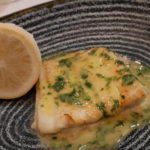 The mains were more successful, a perfectly cooked piece of Dover Sole in a butter sauce – the menu says Meunière-style – flaky and juicy, and served on the bone if you like; and then, a very good thing, a thick slice of Beef Wellington. Classically this is a fillet of beef wrapped in puff pastry with layers of parma ham and mushroom duxelles in-between; and that is what this is, in an intense Madeira sauce. Meltingly soft with a tangy mushroomy pastry to chew on, it was delicious. That was the high point of the evening. The pudding that followed was a dark sponge with dried fruits and spices, in a light sweet sauce and a decent custard, but again unexceptional. 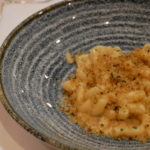 We were in a cosy room, the service was excellent, and I had an extremely entertaining evening. But if we’d been at separate tables in the large dining room the experience would have been quite different. This would be a good place and exactly the right kind of food for a business lunch or a banquet, but it’s not a venue I’d choose to bring my partner to for a special dinner. As for the chef, Andrew Green can certainly cook, but on this showing I think his strictly classic dishes are better than his twists, a bit like my dancing.

Photos (except for main image) by Ben Brown 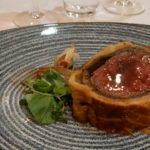